Okay, so this one comes with a story. My friend Maureen and I went to go see “Kinky Boots” last night at the Pantages here in LA It was a lot of fun, which is exactly what I needed on the night that Prince died. At the end of the show, the cast came onstage to let the audience know that the performance was dedicated to the Broadway Cares/Equity Fights AIDS organization, which is one of the preeminent HIV/AIDS service organizations in the country. They were collecting donations, and after the show, members of the cast were performing in the bar at The W across the street.

Maureen and I decided to go and it was a blast – incredible singers doing showstopping songs. But they also had a raffle to raise more money for the organization, which involved an autographed pair of the tall, red leather “Kinky Boots” custom made in your size and delivered to your home. While I was at the bar, Maureen got us a couple of entries.

I won. No, seriously. I won a pair of these: 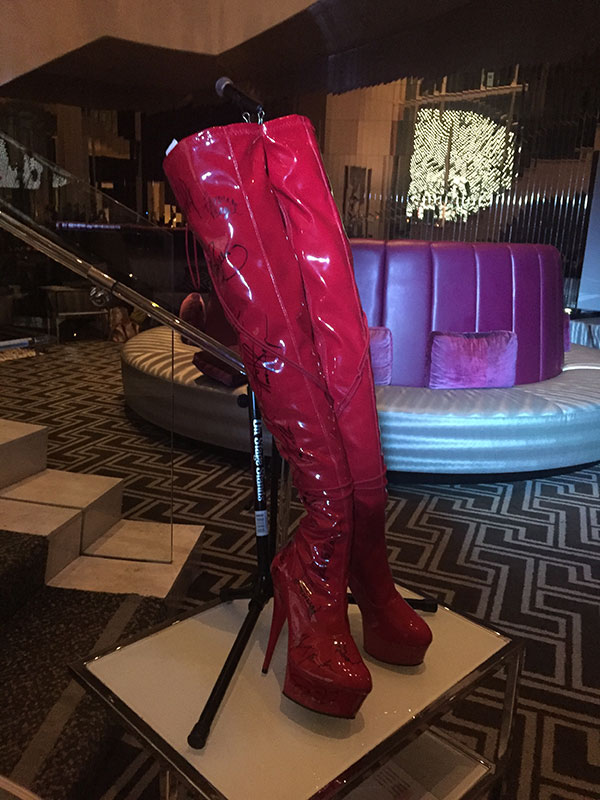 They should be arriving in about a month. All I can think is… Prince would’ve loved these!

To honor the organization a little more than the raffle ticket donation, I am making Broadway Cares/Equity Fights AIDS my 50x50x50 pick for the day. To learn more or donate yourself, visit their website at BroadwayCares.org