Do they have something like that?  Because I think I would probably qualify at this point.  One more visit and my next colonoscopy is free.

I posted a couple of minor updates on Facebook because all I had was my phone until the lovely and talented Mark R. brought me my computer.  I know he doesn’t like being unemployed but it certainly comes in handy for me.

So here’s the fuller story, which has good news and indeterminate news and nausea.

After a fitful few hours of something like sleep but not actually sleep, I hauled my formerly fat ass out of bed at insane o’clock (4am) and had a moment of fondly remembering the things I used to do at 4am back in my much younger and more interesting days.  Oh, I have stories, y’all, but you’ll have to wait for the memoirs for that.

As usual, I called cab to take me to hospital, partly because it’s my little tradition and partly because I wasn’t going to make anyone else get up at insane o’clock to take me.  For the record, the cab drivers you get at that time of the morning are not, shall we say, the crème de la crème of society.  I’m pretty sure this one was drunk.  He not only didn’t know where St. Joseph’s Hospital in Burbank was, he didn’t know where Burbank was.  Seriously, he started driving the completely opposite direction.  After I got him back on track it was a terrifying 85 mile per hour drive on the rain-slickened freeway in a cab that looked as though it was held together with duct tape and bailing wire.  But I made it to the hospital and therein lays the reason behind the tradition – if I can survive a ride in an LA taxi I can survive anything.

As I sat in the waiting room, I turned on some tunes and powered up one of my favorite distractions, a little time-waster called Jumbline.  It’s a silly word game that is a rip off of Text Twist, wherein you are given 6 letters and have to spell as many different 3-, 4-, 5-, and 6-letter words from them as possible.  The first combo I had was LIDDED for the 6-letter score but as I went through the 3- and 4-letter words I of course got to DIE and DIED.  I shrugged that off and went to the next word – ADDLED – which of course includes DEAD.  The third word – and I swear that I am not making this up – was DOOMED.

I decided to stop playing the game at that point. 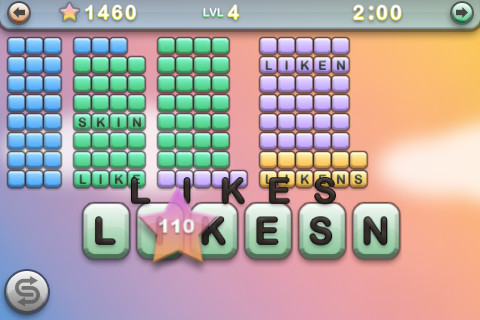 Everything else was pretty uneventful until the actual surgery part.  I was supposed to have a laparoscopy, a minimally invasive procedure where Dr. French cuts a few small holes in my abdomen and then goes in with scopes and lights and cameras and a sound guy (he’s very small, but still union).  The point was to look around to see if there were any other signs of obvious cancer than the one that was showing up on the PET scan.

As it was explained to me later, Dr. Frenchy couldn’t see anything and didn’t even think that the lymph node in question looked like anything other than vaguely pissed off.  So he called Dr. Wile E Coyote Super Genius and the two of them agreed that a more in-depth look was probably in order.  Several tests led up to this and many of them indicated that something was wrong so they decided to do a laparotomy, which involves a full 4-inch incision up my abdomen.  I, of course, didn’t have any say in the matter being under anesthesia and tied to a table.

This concerns me on many levels, not the least of which is the other little disturbing bit of news that I found out in my PET scan report.  Apparently during my surgery last August, they took out a rib and never told me.  I had suspected something was different over there by the big incision on my side where they did the thoracotomy but figured it was just the scar and weirdness, but no… they took out a fucking rib.  What am I, Cher?

Anyway, so the laparotomy happens and Dr. Frenchy goes for a deeper stroll through my guts and couldn’t find anything obviously wrong.  He took the one offending lymph node and then biopsies of a bunch more where I have been having pain and then closed me up.

The initial biopsy report of the suspect lymph node came back negative – as in no cancer.  It’s angry about something but it isn’t cancerously angry, so to speak.  Why it is angry is unknown but in the end it turns out that the thing I said about the result of this surgery coming back with either bad news or really, really bad news had a third option: good news.

Now, we are not out of the woods yet.  Both Dr. Frenchy and Dr. Wile E Coyote Super Genius and everyone else involved in this little spectacle believes that there is something going on in there and unfortunately PET scans and biopsies and even a Frenchman and his sound guy poking around in ones belly are no guarantee.  There are areas that the PET scans cannot see effectively and there are places the tiny union sound guy can’t access so there could be something lurking in there causing the pain and the weight loss and the weird test results.

The next step is to wait for the other biopsies to come back and then we’ll see what happens.  Obviously if there is something hinky there then its big trouble in big intestine but if no hinky is showing up, what happens next is up in the air.  Preventative chemotherapy is a possibility but not a favored one by Dr. Wile E. Coyote Super Genius (or me for that matter).  I’ll most like go under a significantly enhanced version of “watchful waiting,” which will involve very frequent blood tests, scans, and procedures designed to try to catch whatever is going on before it gets completely out of hand.  I should know more about all of that next week.

In the meantime I am still in the hospital and will be so for the next several days.  With the laparoscopy I would’ve been home propped upon the couch by yesterday afternoon.  With the laparotomy I am here through Monday most likely, but there are heavy duty painkillers and anti-nausea medications involved so it’s not as terrible as it could be and absolutely a walk in the park compared to the last time I was in here.

So that’s the story for now.  I need to sign off before the little union sound guy goes on strike.  But thank you for all the well-wishes, happy thoughts, prayers to God, good vibrations, good juju, and mystical energy from the alien overlord Xyrglyph.  It may have actually worked.