Yes, it has been awhile since I have posted on here.  I apologize if that caused consternation or concern anywhere but the long and the short of it is that I just didn’t feel like it.

The good news is, today I do and it’s because there may be something like actual improvement to discuss.  I’m trying not to get too cocky about things but I am cautiously optimistic, which is about a billion times more positive than I have been in the last couple of weeks.

A big chunk of my improved outlook is because the fucking tube is gone!  Yes, the blasted feeding tube that nearly got me killed in the hospital (ripped my bowel, emergency surgery, etc.) and has been the bane of my existence since with leaking and pain and just a general sense of “wrong” was removed yesterday by Dr. Frenchy.

Now, before I get to the positive part, I want to discuss the removal of tubes and the lies that health care professionals seem to be required to tell about same.  When I was in the hospital I had two drain pouches that were collecting excess fluids from my abdomen.  Those pouches were connected to tubes that went into my body on the right side, a few centimeters below the rib cage.  The day before I got out of the hospital it was time, finally, to remove the pouches and the tubes, for which I was extremely grateful.

The nurse told me that I would feel a pinching and pulling sensation but that it shouldn’t actually hurt.

Whether or not she was lying intentionally is unknown but she was lying.  It hurt.  A lot.  Like to the level where I screamed and told her to stop.  An injection of dilaudid (40 times more powerful than morphine!) later I didn’t give a rat’s ass and she pulled the tubes out.

So when I got to Dr. Frenchy’s office and he told me it was finally time to remove the feeding tube and then said, “You’re going to feel some pulling” I was suspicious but willing to give him the benefit of the doubt.  After all, he was removing the fucking tube – I was the lion having a thorn removed from my paw by the helpful mouse and that was good enough.

Now that I have had this done twice, I want to state for the record… if you are told by a health care professional that a tube removal is not painful, they are lying to you.  A lot. 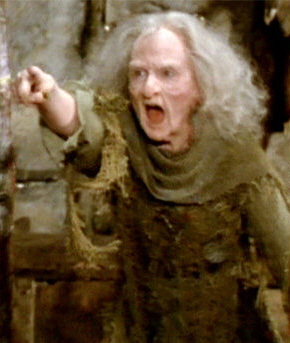 As he pulled on the tube, the pain was stunning – consciousness threatening.  I actually said, “I think I’m passing out” because the walls of the examining room seemed to fold in on themselves like origami.  However, I managed to hold on and then restrained myself from punching Dr. Frenchy, but the latter was mainly because of the amount of blood and other stuff that was coming out of the wound.

Then came the kicker… Dr. Frenchy told me that the oozing and draining could go on for weeks.  WEEKS!  And that if it didn’t stop, it probably meant that there was a small leak somewhere inside and that he’d have to go back in surgically to fix it.  The thought of having to deal with the bandages and the pain and the discomfort for weeks only to have to have another surgery to correct it nearly crushed whatever little bit of my spirit was left.

I got home and pretty much went to bed – it was that exhausting (both physically and mentally).  When I got up later in the day the bandages were soaked and I had to change them several times.  Although I was thrilled that the fucking tube was gone, I was practically inconsolable over the idea that this is what I was going to have to face constantly for the foreseeable future.

But then a strange thing happened… I got up this morning and the bandage wasn’t soaked through.  In fact, it was the least amount of “stuff” that had been coming out of me in weeks.  Beyond that, the odd hard spots that had formed around the leaking incisions – hard spots that when pushed on would cause more drainage – were smaller and less painful.

And most importantly, I felt better.  I don’t know if it was strictly a mental thing or if there was some overall physical impact, but I got up this morning and didn’t feel like shit.  Let me be clear – I’m not ready to go run a marathon, but there was a difference.

That’s really all I’ve been looking for: some sort of evidence that things are getting better.  The last couple of weeks have been very status quo in terms of my recovery and that has frustrated me to no end.  Seeing an improvement, no matter how small, is encouraging.

I went to see another of my doctor’s today and she was very pleased.  Her theory – and I think it’s a good one – is that there was a leak around where the tube went into my bowel.  But when the tube was removed, it not only is healing the hole where the tube was but the leaking area as well.

I am cautiously optimistic that this is going to be the thing that allows me to turn the corner.  I haven’t turned the corner yet but I can see the corner now and it appears to be clear of hookers and junkies so when I get to it, I should be able to turn it without too many problems.

Now, I just need to find the corners for the eating issues (still having food drama), the breathing issues (one of my lungs feels constricted), and sleeping issues (severe dry mouth wakes me up about every 45 minutes all night long) then I’ll be in good shape.