ECAN Over the Edge Volunteer Call to Action

I need your help!

I have volunteered be a co-chair of a fundraising effort to be held in May of 2015 for the Esophageal Cancer Action Network.  We will be organizing an Over the Edge event, where people raise money for the opportunity to rappel down the side of a tall building in Los Angeles.  It will feature a dozens of rappelers, VIP and media components, and a festival-like atmosphere at the “landing zone” with food, music, games, rock climbing walls, green screens for people who want to pretend they went “over the edge,” and more.  To get an idea of what an Over the Edge event is like, take a look at the website for the Miami Children’s Initiative, which is doing one in September of 2014:  http://www.miamichildrensinitiative.org/otem2014/home.shtml

ECAN is a group dedicated to raising awareness about a disease that ranks as the fastest growing type of cancer in the United States.  It is caused by a simple thing – acid reflux (heartburn) – but is one of the deadliest cancers, with less than 1 in 5 surviving longer than 5 years.  That number increases dramatically if it is caught early enough so education about the causes and treatments are critical.

As you know I am one of the lucky ones.  I was aware of the damage that acid reflux could cause and was monitored regularly for years until I was finally diagnosed with Esophageal Cancer in 2012 at a very early stage.  Through aggressive treatment I am now in remission and most studies say the chances that it will stay that way are very high.

To effectively fight this disease, ECAN is bringing together a community of individuals and groups who are concerned about the rapid increase in Esophageal Cancer cases and want to support the campaign for public awareness and the creation of more effective tools to detect and treat the disease. ECAN is dedicated to working for increased funding for medical research to battle Esophageal Cancer. Despite its distinction as one of the fastest increasing cancer diagnoses in the United States, Esophageal Cancer is currently among the most poorly funded cancers in terms of federal research dollars. ECAN and its network of supporters are working to change that with events like Over the Edge.

We are looking for volunteers to either lead or help on various committees.  The most urgent needs are for committee chairs for:

Because this is an LA based event we would prefer people who live in the LA region for the committee chairs.

You won’t be doing this on your own!  We already have dozens of people who have raised their hands to help on the various committees and we only just started this effort a couple of weeks ago.

If you don’t have the time, energy, or desire to lead a team, we have spots for volunteers on various committees including the ones listed above plus:

Volunteers on committees can be located anywhere although some will need to be in Los Angeles for the event in May of 2015.

And of course we need people who want to raise money so they can rappel down the side of a building!  We’ll have more info on the specific location soon and will be taking registrations just after the first of the year.

If time is not your friend these days, don’t worry – there will still be plenty of opportunities to help later on including in-kind or money donations toward the event or sponsorship of someone who is going to rappel.

If you want to be involved, just shoot me back an email (rick.garman@yahoo.com) and tell me where/how you think you might be able to help.  If you have any questions, let me know. 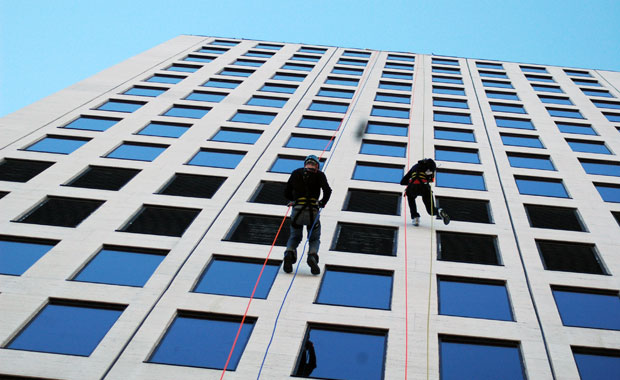