I didn’t say that because the PA, Mary Ellen, was 18 years old and had just arrived in Los Angeles from a farm somewhere in Kansas where she had spent her youth whistling happily while she did her chores and leading the family in the joyful odes to Jesus they would sing every night after dinner.  I may have made some (or all) of that up based on her appearance but I think any inaccuracies are merely matters of degrees.  There was a farm in her past, I’m sure of it.

Having staples removed is not as painful as the part where they cut you open but it certainly isn’t pleasant.  My reactions ranged from “ow” to “OW!” and every time Mary Beth apologized.  So standing outside the room one would have heard a brief moment of silence then “ow” and then “sorry.”  32 times. 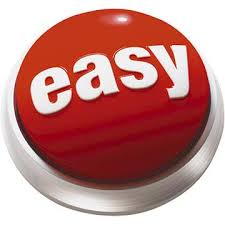 The staples were replaced on the main incision with steri-strips, which are thin, narrow bandages used to keep wounds closed.  The big incision on my right side from my thoracotomy – the one where they removed a rib and didn’t bother to tell me – was held together with steri-strips.  No staples or sutures, just glue and steri-strips.  I find that disturbing.

You are supposed to just wait until they fall off but the ones on this incision up the middle of my abdomen were bothering me.  They pulled at the skin and hung up on my clothes, causing more pain, so I decided after a little more than a week that they needed to come off.  In my defense some of them were really close to falling off, I just helped the process along a bit.  That may have been a strategic error.  Ow, is all I’m saying.

Beyond that its all about the digestive system and its apparent unhappiness at being poked and prodded and moved around.  To be clear, there was no cutting of anything internal this time, but Dr. Frenchy definitely went for a little stroll through my guts and they have not been pleased ever since.

Before this most recent surgery I was down to 175 pounds.  After the surgery and several days of a liquid/soft diet, I was down to 167 pounds.  For those of you keeping score at home that would be a total weight loss of 69 pounds since before the first surgery.  That’s about 30% of my body weight.  I’ve managed to put a few back on – 172 this morning, but I’m basically bones and a bunch of loose, saggy, 46 year old skin.

I know that I look a lot different than I used to but since I’m living with it every day it’s not as shocking as it is to the casual observer.  I ran into someone last week that I hadn’t seen since before the surgery and the look on their face was something like “Holy fuck, what the hell happened to you?”

Before this most recent surgery my food issues were still there but not as severe as they had been.  I was able to eat without wanting to die afterward and my weight had at least stabilized.  Now I’ve taken a giant step backward and I’m dealing with pain, nausea, things tasting like sawdust, and other unpleasantness best left unexplored in this forum.

Interestingly I have started having weird cravings.  The other day I was watching something on TV and the characters were having lemonade.  I haven’t had lemonade since I was a kid – never really liked it – but for some reason lemonade sounding AMAZING so I went to the grocery store, got a big bottle of it, and loved every drop of it.  I am now obsessed with lemonade.

In other whining my energy level is basically zero and I have a hard time sleeping through the night without drugging myself into a stupor.

But it’s getting better and I’m trying to embrace the unknown aspect of the whole thing. The hardest part is trying not to ascribe every random pain, pang, twitch, and twinge to the absolute surety that its root cause is cancer.  Even if it’s there, it couldn’t have grown and spread to the point where it is doing things that would be causing pains, pangs, twitches, and twinges in three short weeks.

Having said that, some of the pains, pangs, twitches, and twinges are in those areas that were of concern before the surgery and are not near incisions so yeah, tick tock, is it June yet?