Mardi Gras Day 1: The Things People Do For Beads

I’m not sure what made me decide Mardi Gras was a good idea.  Perhaps it was the free hotel and free airplane ticket from Harrah’s.  Well, free is probably not entirely accurate since they give me stuff like this because of how much money I waste in their casinos.  But still, it was “free” and I’ve never been to Mardi Gras and I’m turning 50 this year and I’m apparently trying to prove something to myself and there would be free alcohol at various places and if you do that complicated little bit of math, it adds up to Laissez les bon temps roulez.

Harrah’s New Orleans is fine – probably on par with, if not a little nicer, than the Harrah’s in Las Vegas.  Rooms are generously proportioned, clean (although dusting doesn’t appear to be housekeeping’s strong suit), and about as bland as you can.    The only strong demerit I can give them is that the hallway on my floor smells like someone was murdered out there and the killer used 10 gallons of bleach to cover up the crime.  It was so astringent that it made my eyes water.  The other floors don’t smell like that (had to go find a vending machine) so not sure if the murder theory is correct or not but something happened that required some heavy duty cleaning.

I have a view of the Mighty Mississippi, although it’s hard to tell at night. 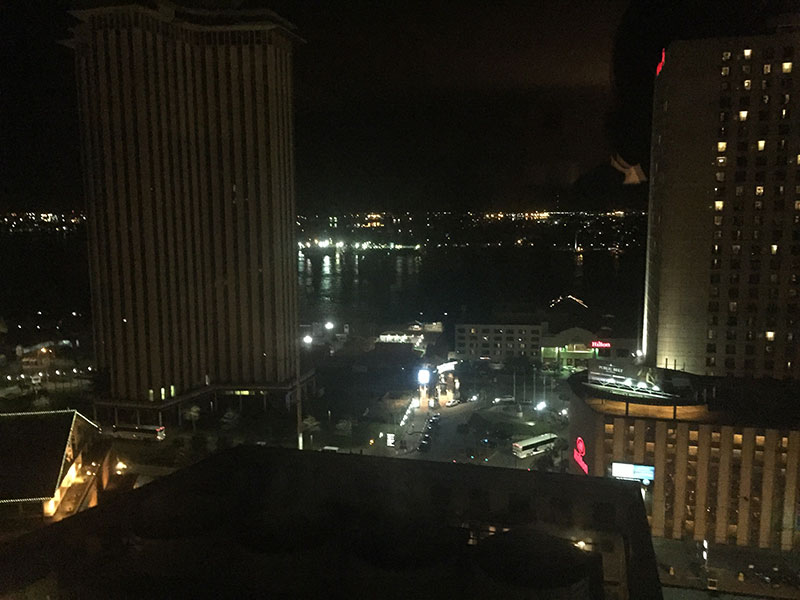 I got in about 7:30 and immediately downloaded WWL’s Parade Tracker app.  The local CBS station puts a car at the head of every single parade so you can see exactly where it is.  With dozens of them happening over the two weeks leading up to Fat Tuesday, and a generally casual relationship with the concept of starting on time, an app like this is a must.

I wandered out into the streets around the Central Business District, which was thick with revelers although not as many as expected.  There was plenty of room along the parade route to get up to the barricades.

With many blocks between the Hermes Krewe parade and me, I decided to find something to eat.  Choices were limited and I was hungry and desperate so I kinda failed by walking into the first thing that said “Po’Boys” – a loud joint called Serio’s.  I ordered a roast beef and they told me to pick it up at the end of the counter when they called my name.

“But you didn’t ask my name,” I said politely.

“Oh,” the cashier said handing me a receipt, “Well now you’re Brent ‘cuz that’s what I put on the ticket.”

Okay.  Brent it is.  Brent’s Roast Beef was not great, for the record. 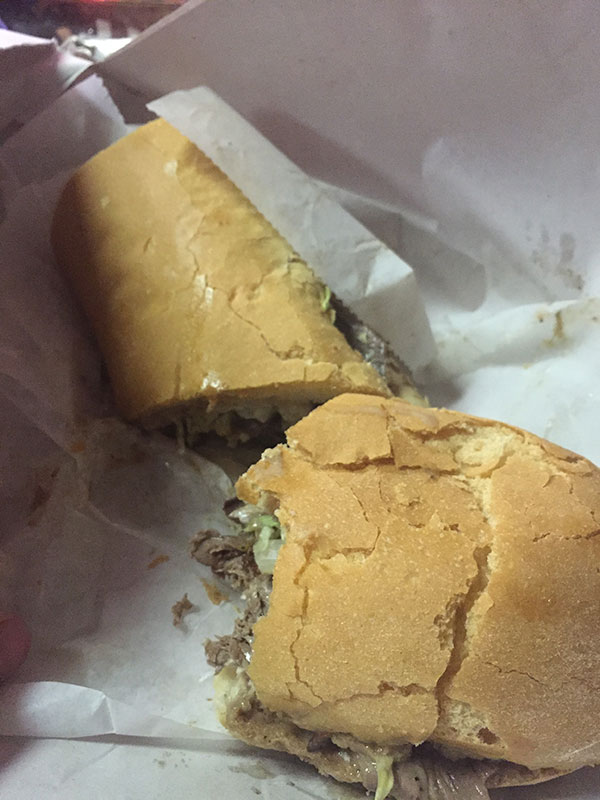 Then the parade, with some colorful floats and lots of bead tosses.  I got a few but wasn’t as aggressive as I could have been.  It’s pretty cut throat out there.  People will cut a bitch for beads.   Pics of the parade at the end, but here are my throws… 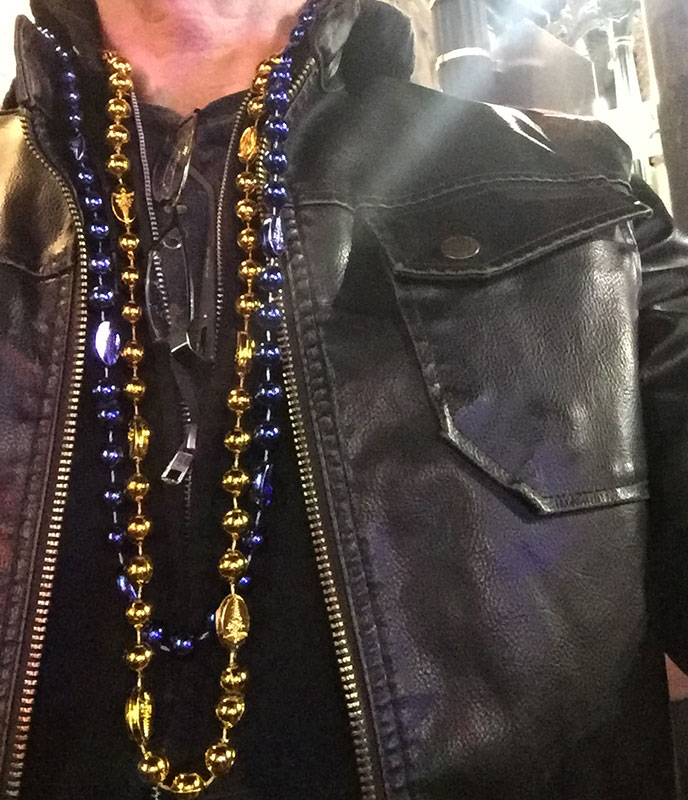 After I had my fill of the noise and fury and the cold (it’s down to the low 40s at night and only 50s during the day), I made my way down the quiet, calm, respectable little road known as Bourbon Street.  Mind you this was about 9:00 on Friday night, so it hadn’t even really gotten started yet. 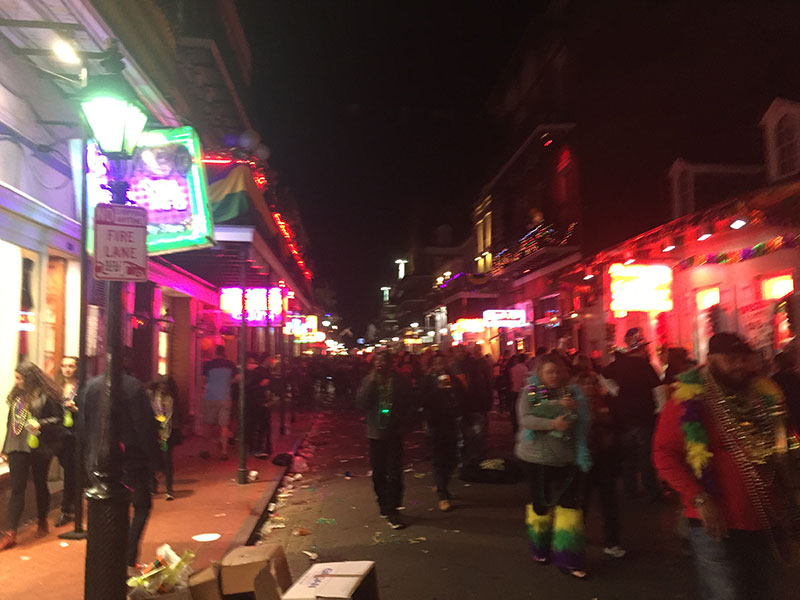 It’s nothing but loud, drunk people on the street screaming at the other loud drunk people on balconies overlooking the street who are yelling “show us your <insert body part of choice here>!”  And of course, people did.  I saw more bare breasts in 20 minutes on Bourbon Street than I have seen in 20 years of reviewing Las Vegas showgirl productions.

But I finally made it to the far end of Bourbon where I got VIP passes to a nightclub, the Bourbon Pub and Parade.  It came with free drinks so I had a few and got this picture from the balcony. 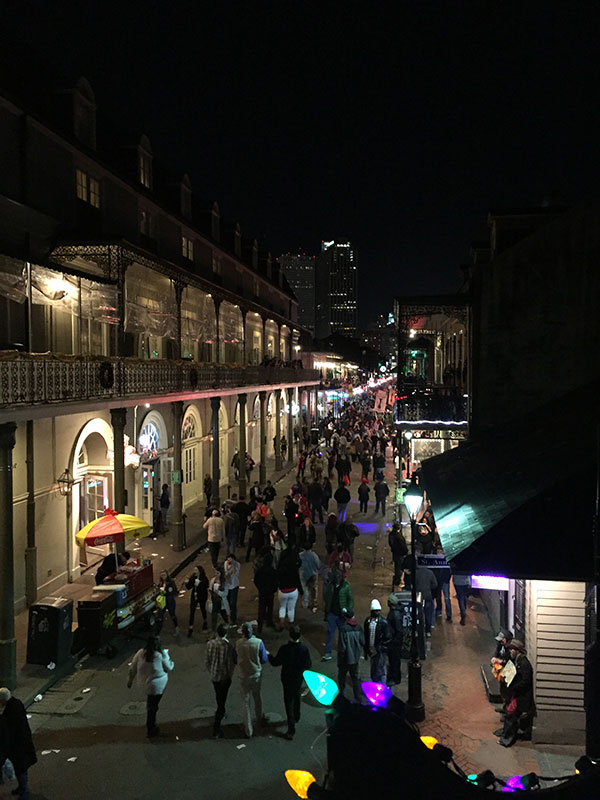 Saturday it’s going to be a little bit of sightseeing, some more parades, and some much better food including dinner at Commander’s Palace. 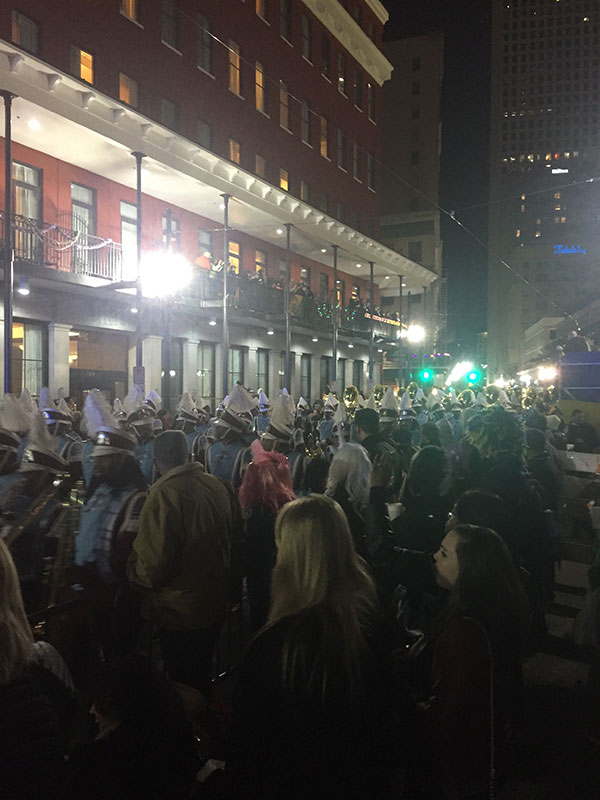 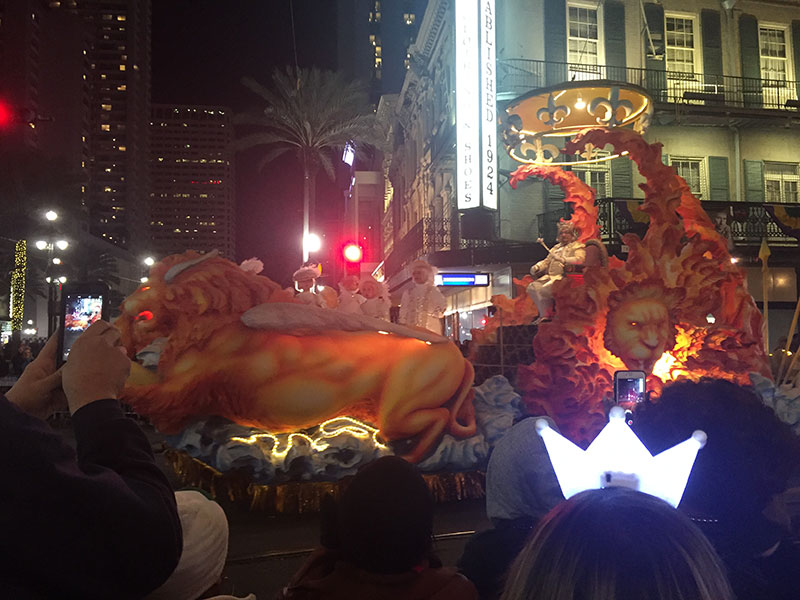 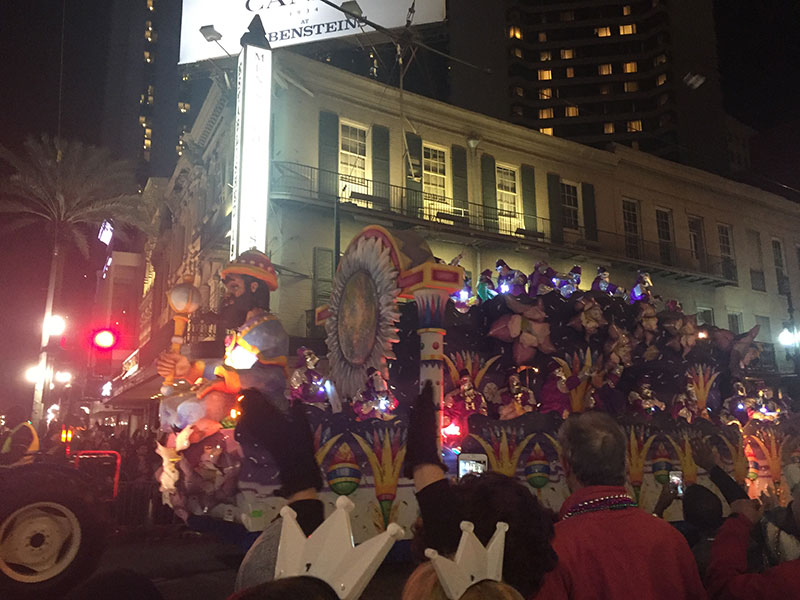 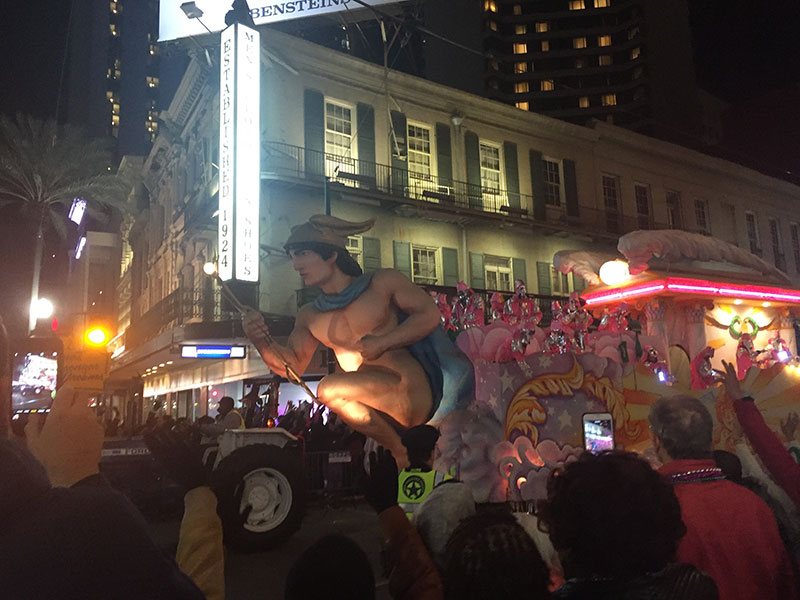 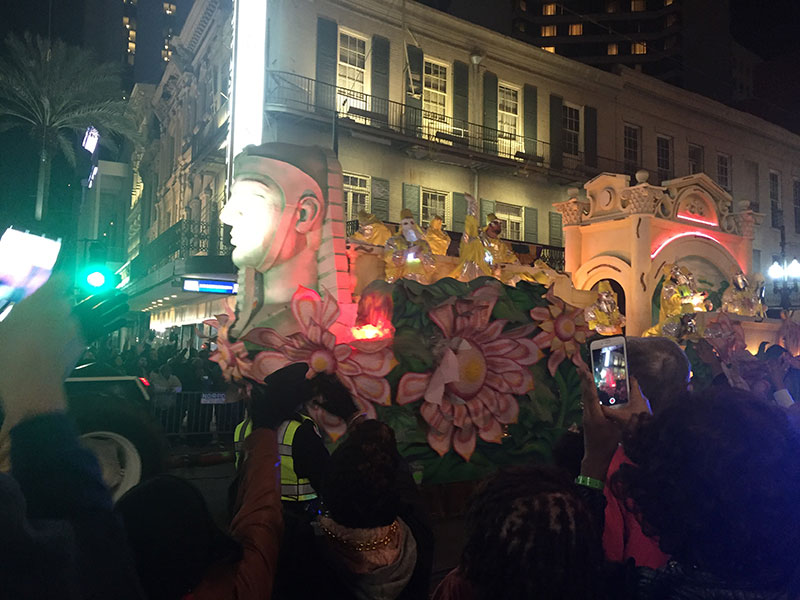