We begin today with a quote from legendary screen siren Ava Gardner.  She was quite a character and enjoyed carousing almost as much as she enjoyed men.  I read this – spoken affectionately about her friend Esther Williams – while having dinner in New Orleans and it seemed apt…

“A party isn’t a party without a drunken bitch lying in a pool of tears.”

So true… Now on to the recap:

In general, I’m not great at sleeping when I’m not in my own bed and don’t have a fan to provide white noise for blocking out ambient sound, so you can imagine what it’s like here in the Central Business District of New Orleans, which I have decided is the loudest place ever.  Trains horns, ship horns, car horns, sirens… lots of sirens… I’m going to have to drink more to get myself to sleep.

I started my day with a stroll through the Quarter, snapping a couple of pictures in Jackson Square along the way. 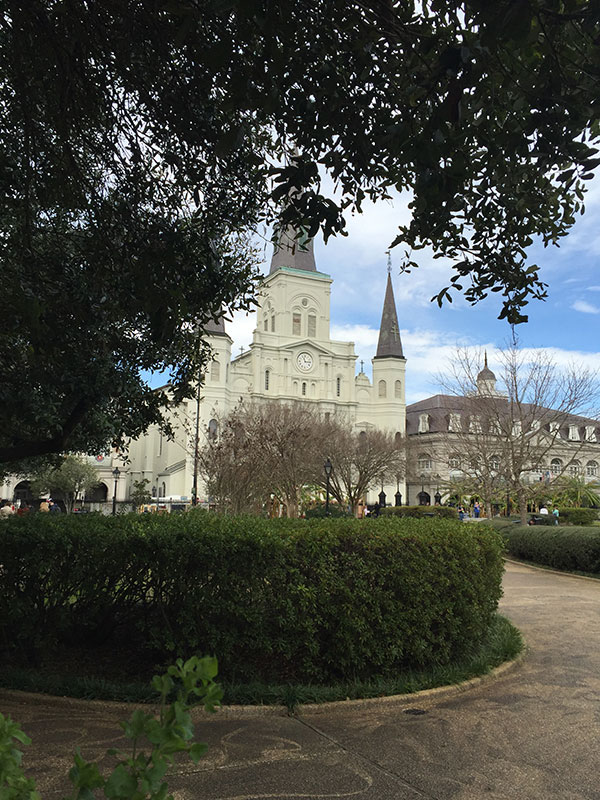 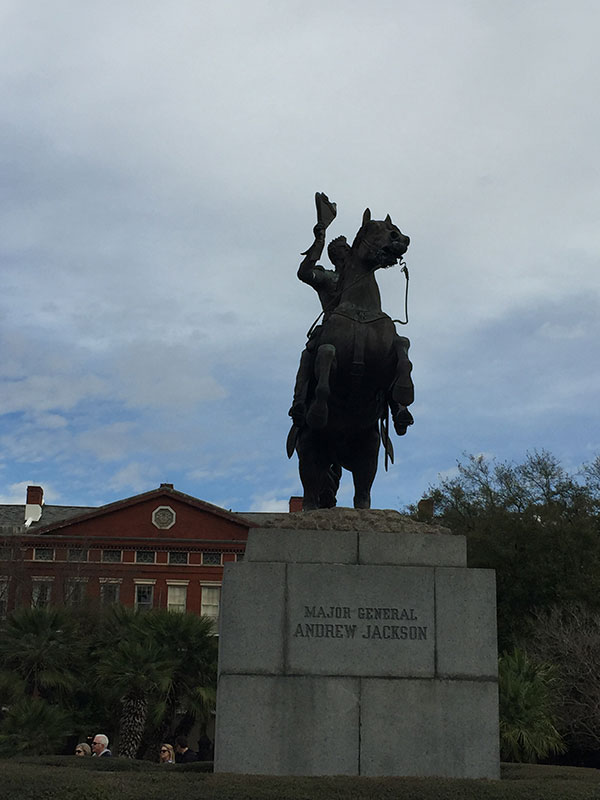 From there I went to the Voodoo Museum, a small, rickety place with a couple of rooms overstuffed with various photos, shrines, and ephemera.  I have been fascinated with voodoo for a long time – I even wrote a TV show about it – but there wasn’t much here to lock onto.  It was mostly just a bunch of stuff that didn’t have any context or meaning.  The good news is that it felt authentic – whether it was or not is beside the point.  Sure, it’s a tourist joint but it didn’t feel like one. 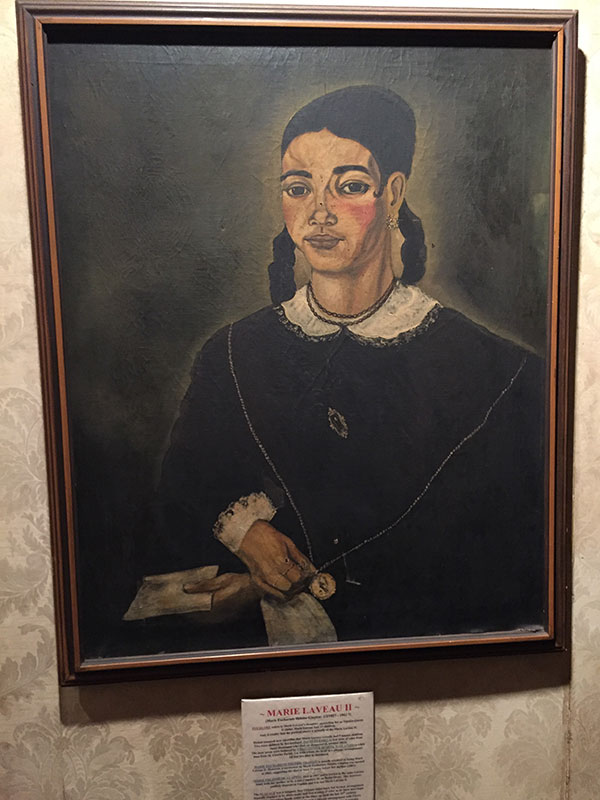 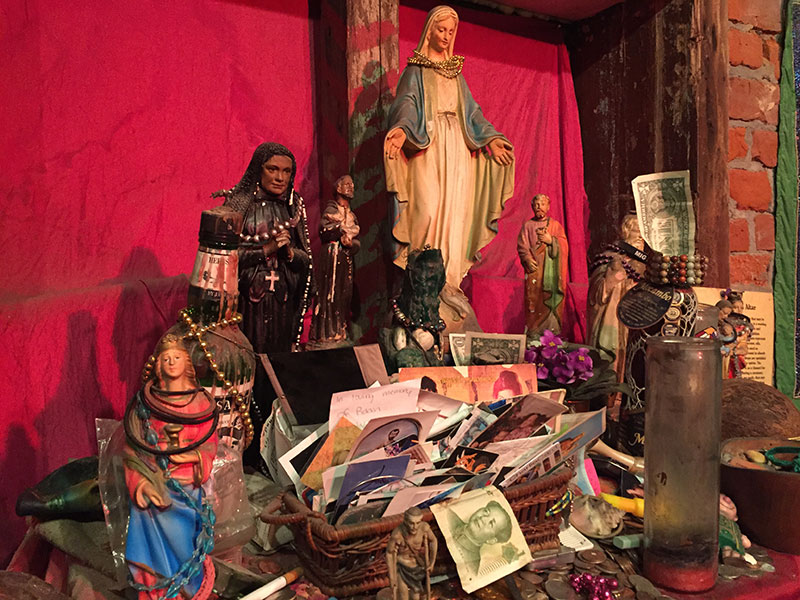 Then it was off to lunch at Yo Mama’s a bar that I remembered as having amazing burgers.  I was not disappointed… loaded with bacon and served with a baked potato also loaded with bacon (and sour cream, chives, butter, and cheese).   I’m pretty sure this picture is in the dictionary next to the word cholesterol.  Or heart attack maybe.  Whatever… Mardi Gras is French for “no calories.” 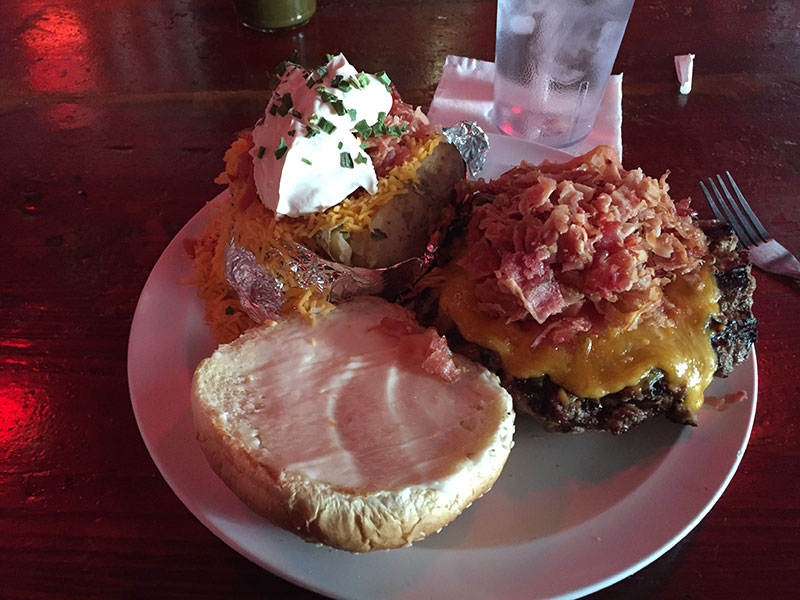 In the afternoon it was another parade – the Krewe of Iris, this time. It started with this, which I have decided is the worst parade float ever… 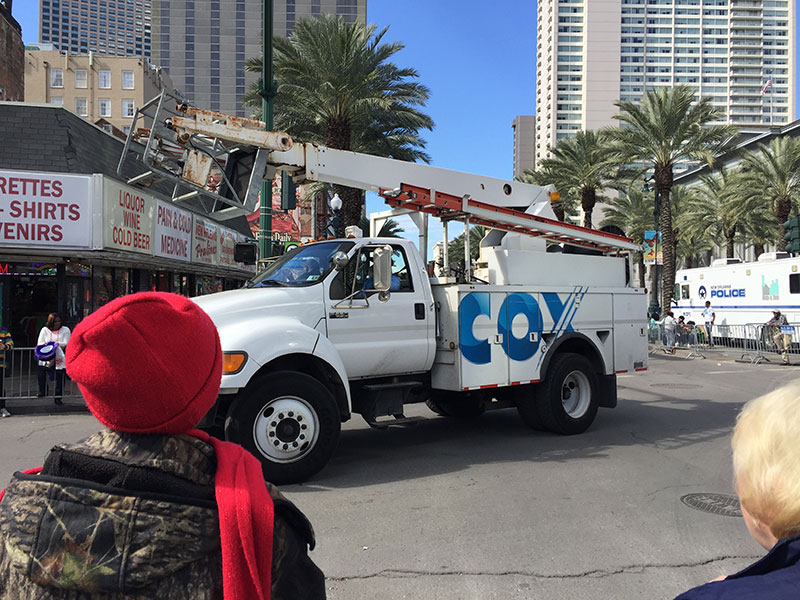 Note the woolen cap and scarf and heavy coat on the person in front of me.  Yes, it is that cold.

Lots of pictures down below but here are the throws I got – some good ones including beads with purple babies and a really nice one with an Iris badge and more: 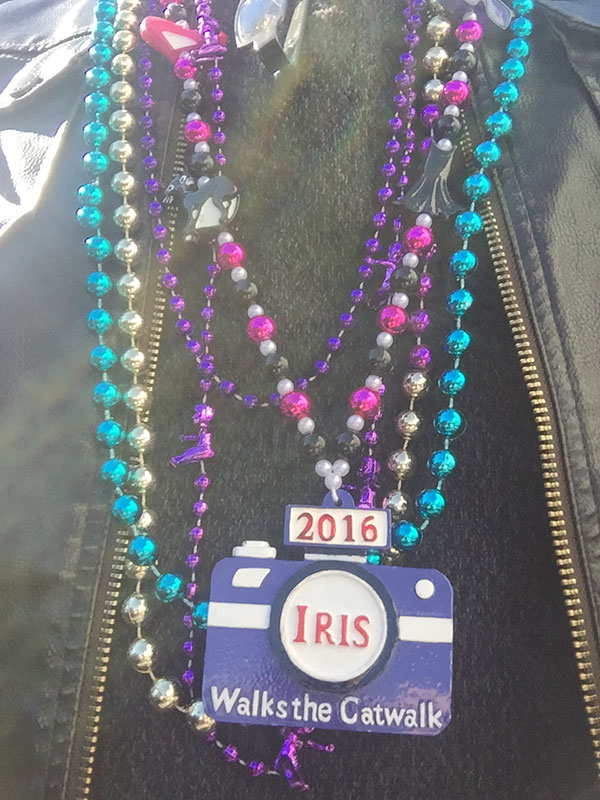 I had hoped to catch the Endymion parade, which I’m told is a really spectacular one, but again, the idea of starting on time seems to be something that people look at and then shrug at.  So by the time it was getting down to the area where I could’ve gone to see it, it was time for me to head off to dinner.

Oh dinner… Commander’s Palace, widely considered to be one of the best restaurants in the world.  I had a table overlooking the back yard garden…. 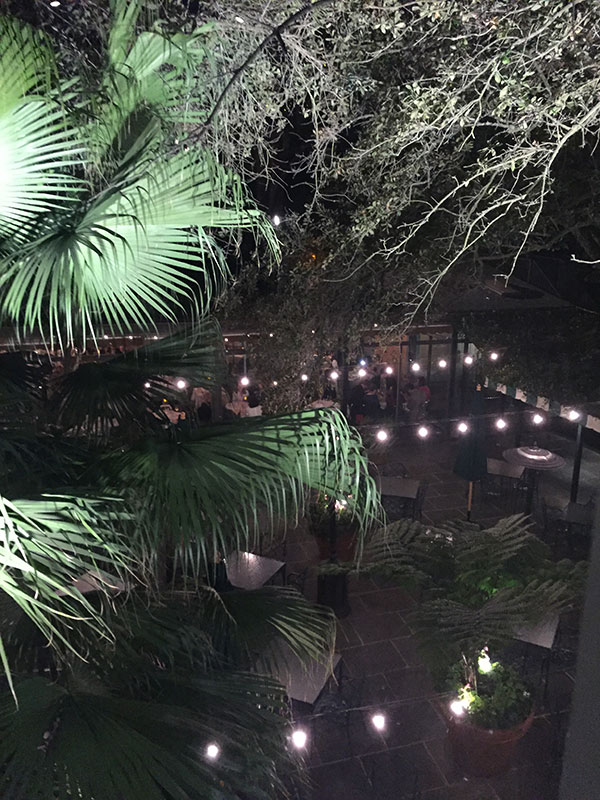 They sent out an amuse bouche of a goat cheese and onion tart on a small piece of garlic ciabatta bread.  I was officially amused – seriously, the flavor packed into that little two bite teaser was insane.  This is how you know you’re at a place where the chef knows their way around a kitchen.

I got the chicken and andouille gumbo, which was spicy as a hell but amazing… 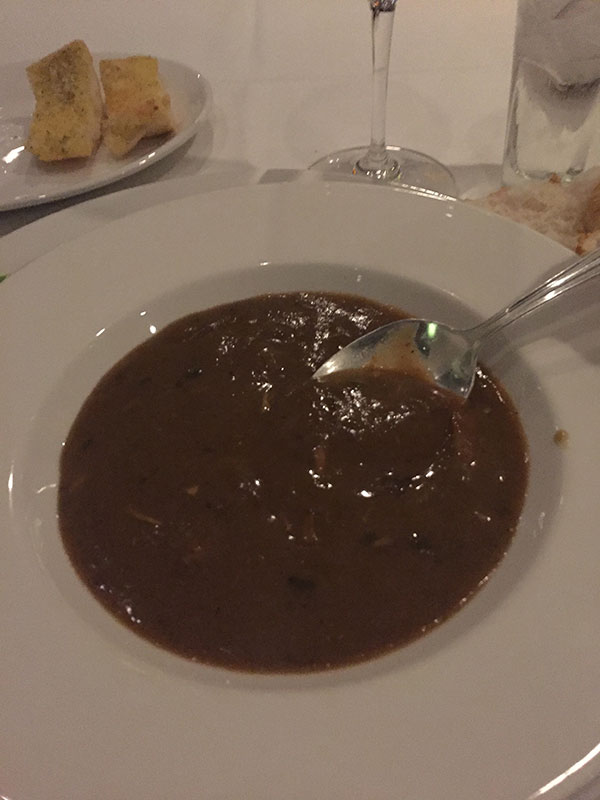 Then the filet, topped with mushrooms and onions on a bed of the creamiest whipped potatoes in the history of the world.  The steak was perfect – cooked expertly, juicy, and tender. 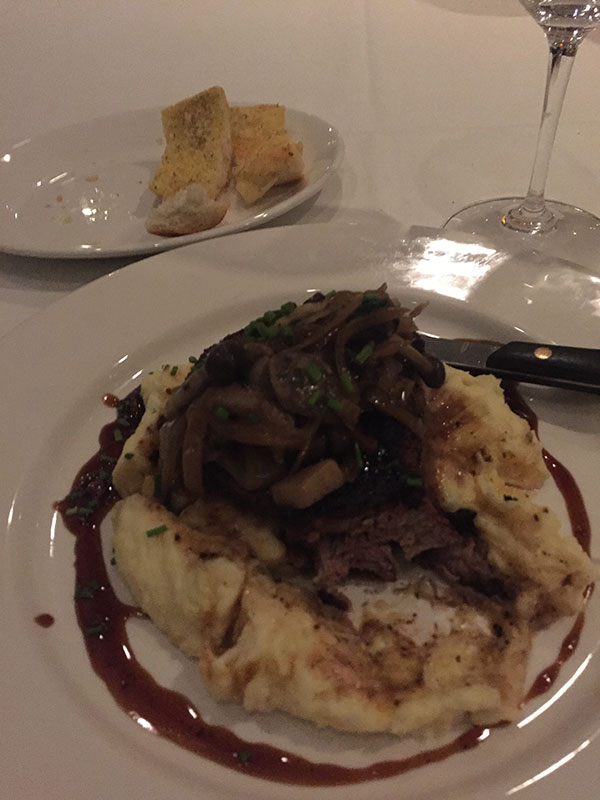 By the way, this is one of those “pictures don’t do it justice” kind of things.  It looks kinda gross but trust me it was fantastic.

Then I capped it off with the strawberry shortcake and all I can say is that despite the fact that I was convinced I wouldn’t be able to eat very much of it after that huge meal, I managed to devour at least 75% of it. This is what it looked like before I dug in… 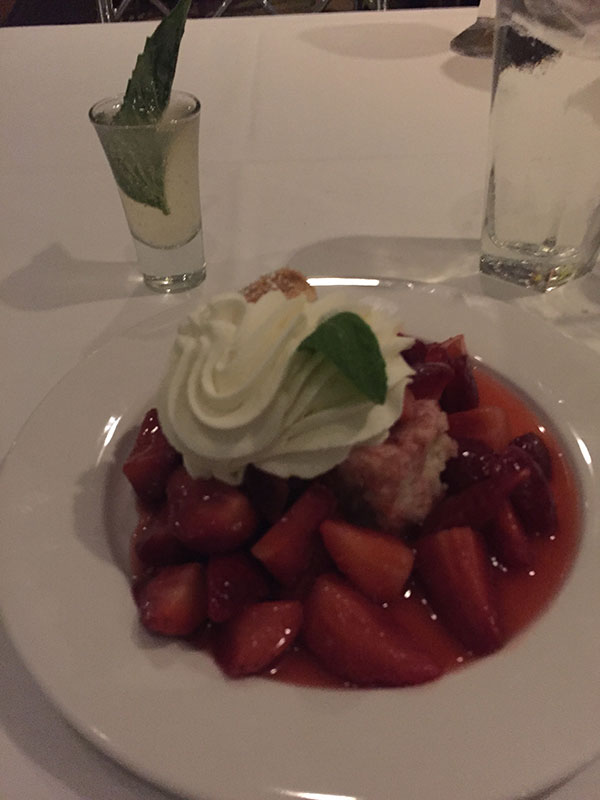 I waddled back to the room and then finished my night off with more alcohol at a local bar, because I was hoping to run into that drunken bitch making it a party.  I wasn’t disappointed.   This is New Orleans after all. 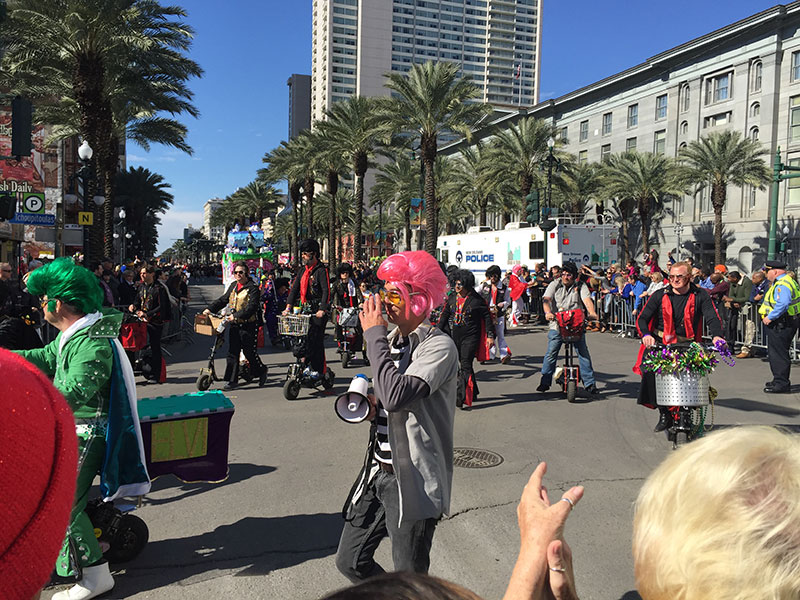 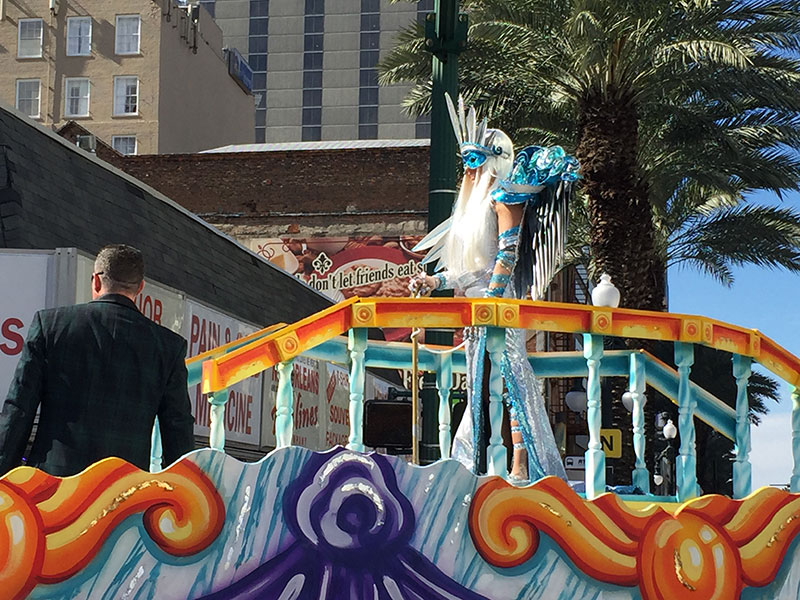 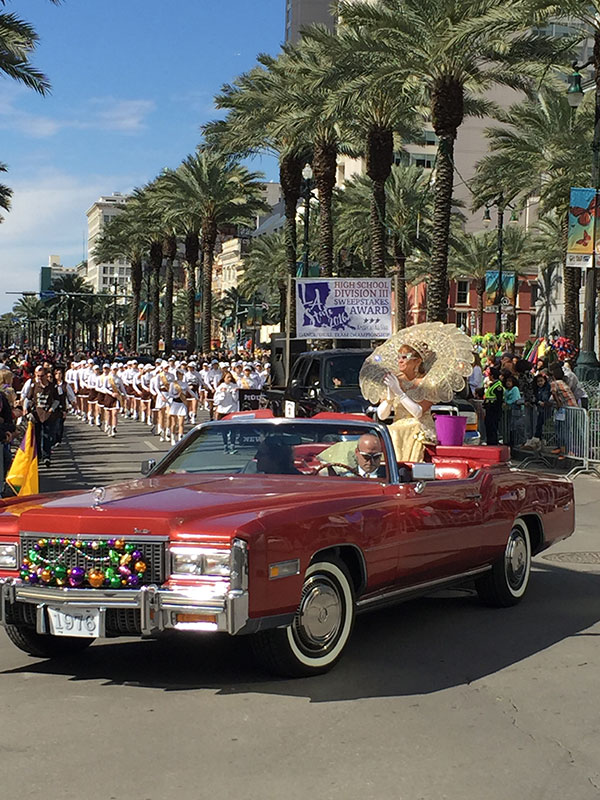 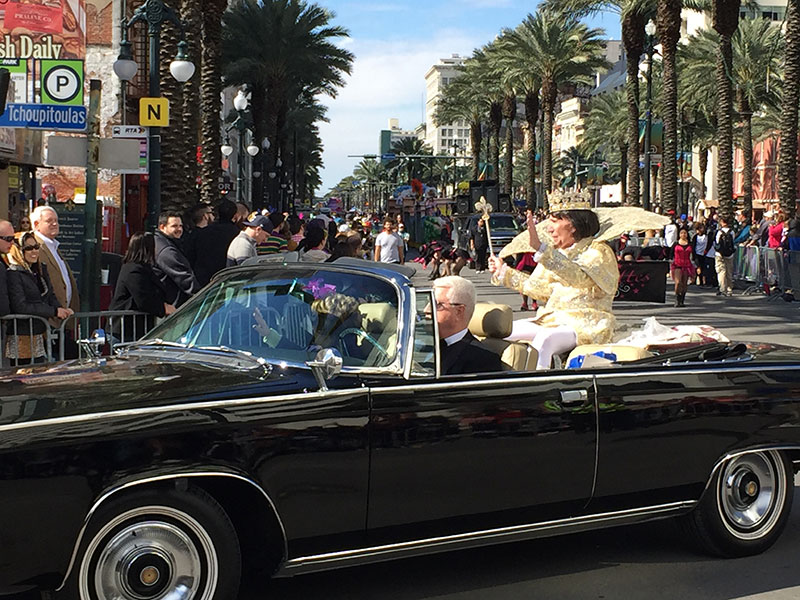 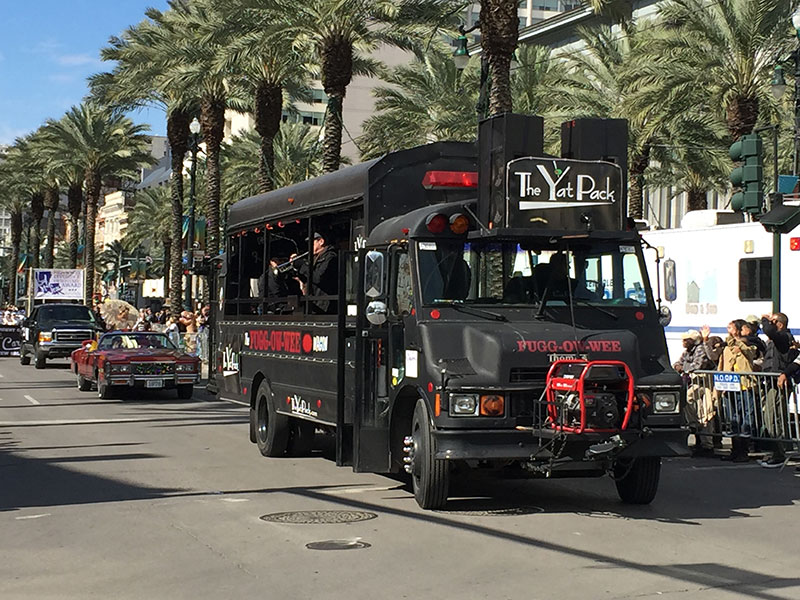 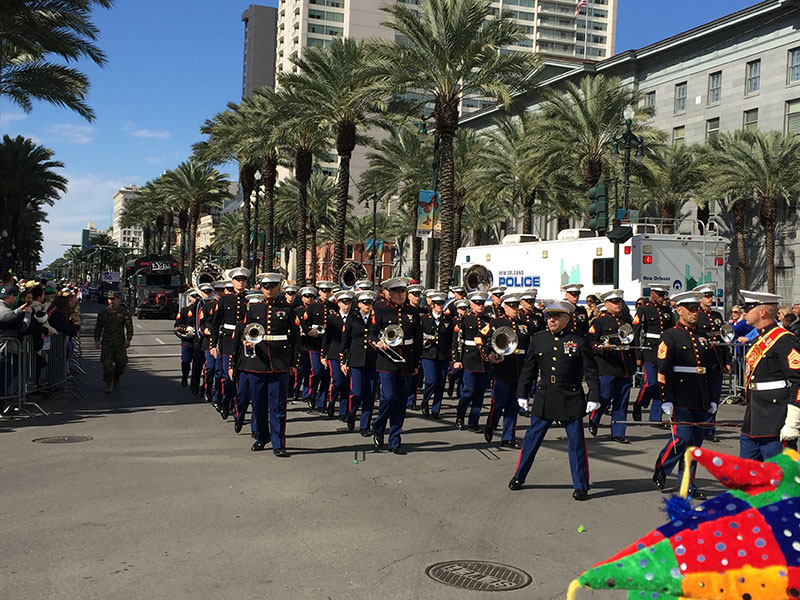