So it’s freaking cold today or at least my definition of cold.  Something like 50 degrees with wind advisories because of the gusts up to 40 mph.  I know those of you sitting in the bone-chill bullshit that is the north and east are calling me a wimp, but I still say that those of us who were smart enough to move to sunny climes get to complain when it’s cold and those of you who stayed behind don’t.

The weather is important since I spent the vast majority of the day outside.  It started with a jaunt over to Cafe Beignet, a small shop on Royal Street in the Quarter, which isn’t the famous one that does beignets (that would be Cafe Du Monde) but is still quite popular as evidenced by the long, long line that stretched out the door.

I was there because it was the starting point for a walking tour I had booked (before I realized how cold it was going to be) but I was hungry so I stood in the ridiculously long line and eventually got a muffaletta sandwich and a glass of fresh lemonade.  The former usually includes some combination of ham, mortadella, salami, mozzarella, provolone, and olive spread on a bread that is close to the ciabatta family but not quite the same.  This one was mostly ham, which was fine with me, and quite tasty despite the fact that it was pre-made, wrapped in plastic, and served cold (I didn’t have time for a fresh, heated one). 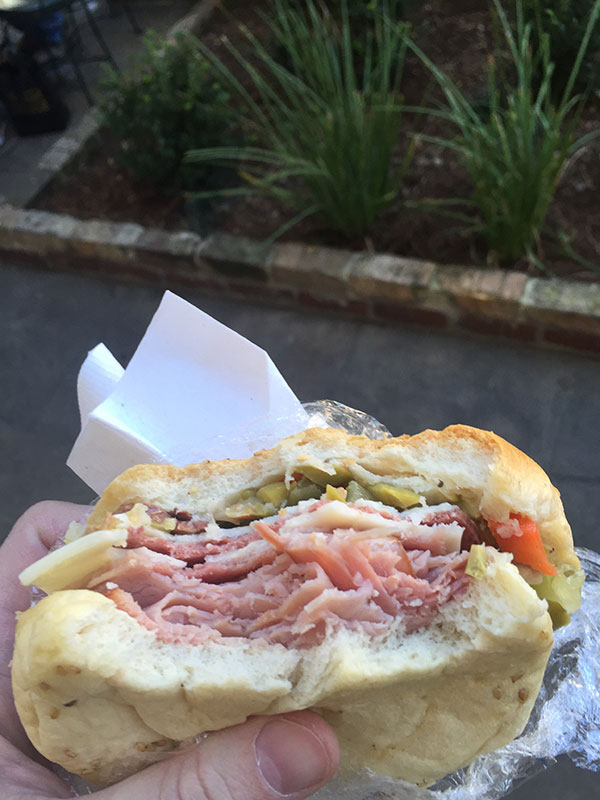 I managed to get down about half of it before the tour started, run by Historic New Orleans Tours, a company headed by Rob Florence who was friends with Mary.

My tour guide was a lovely, young French-Canadian woman whose name I have forgotten already (Claudette?  Claudine?  Celine?  The cold wind blew it out of my head).  She had only been living in New Orleans for a little more than a year but she knew her stuff backwards and forward.

We started with a general New Orleans history lesson in the courtyard of the court building then walked up to a house near Rampart that had been the home and business place of a woman of “ill repute.”  It’s here that we learned all about Storyville, the red light district just outside of the French Quarter, where prostitution and other vices were embraced until the early 1900s.  From there it was on to a St. Louis 1, one of the most famous cemeteries in New Orleans.  Interesting to note that you are no longer allowed to visit the cemeteries on your own – you have to go with a registered tour company.

This being the day before Fat Tuesday there were roughly nine billion people in the cemetery so getting to specific tombs was challenging (we heard about reputed voodoo priestess Marie Laveau but couldn’t get anywhere near her tomb).  Still, got a few pictures… 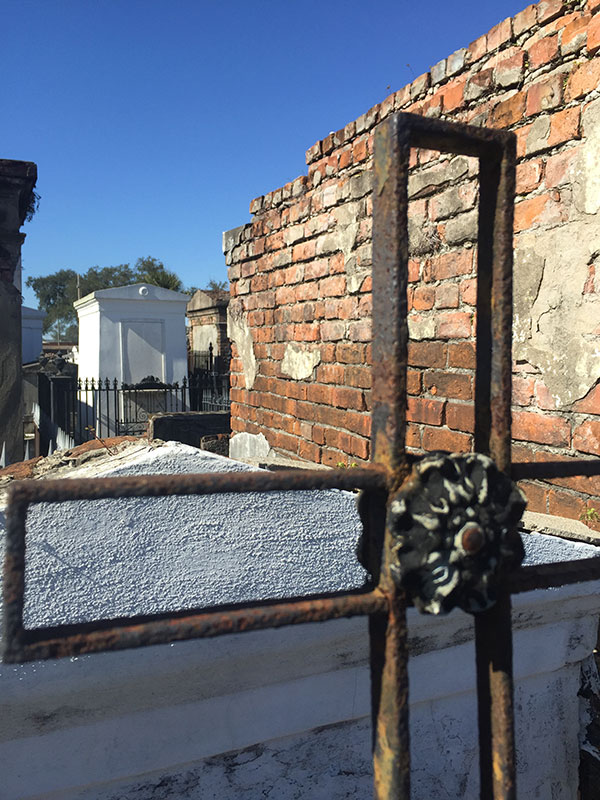 Below is the Italian society group tomb.  According to our guide, the statue there was seen in the movie Easy Rider when Dennis Hopper climbed up on it and sat in its lap.  Since then, the Archdiocese has not allowed any filming in the cemetery.  Understandable. 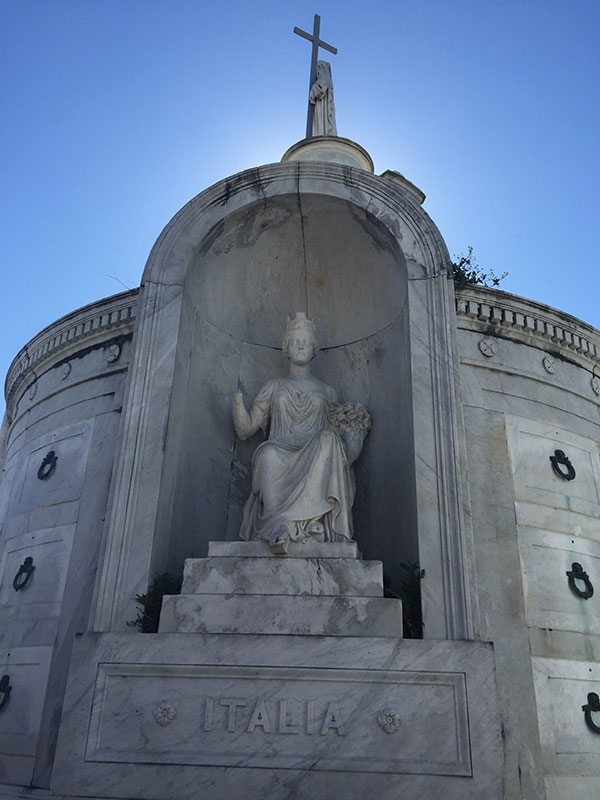 Below is the future resting place for Nicholas Cage. 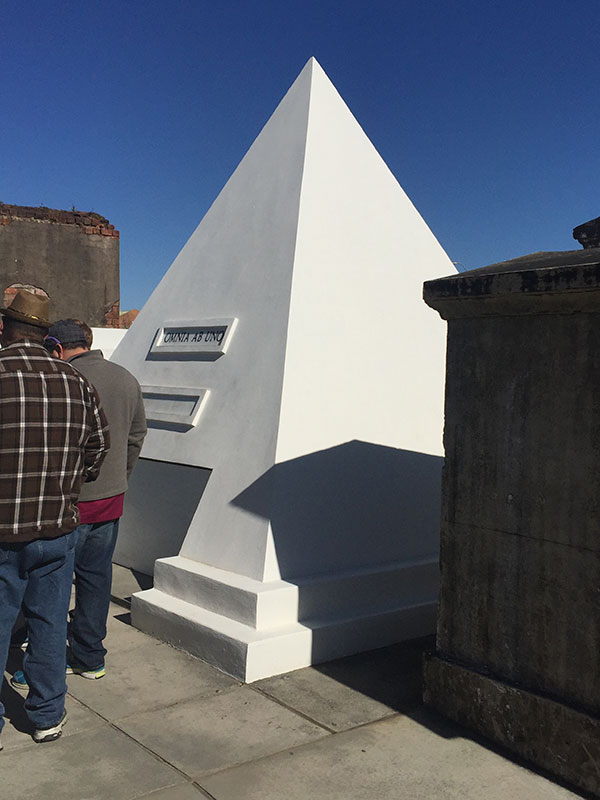 Needing warmth, I went back to the hotel and spent some time in the casino before heading for dinner.

I visited a cool restaurant called Legacy Kitchen, located in the Warehouse District just a few blocks from my hotel.  Nice space – vaguely industrial, fitting the neighborhood – and a menu of modern American food.  I started with the Cajun Queso; tortilla strips served with a bowl of spicy cheese and smoked tasso ham.  Yum… 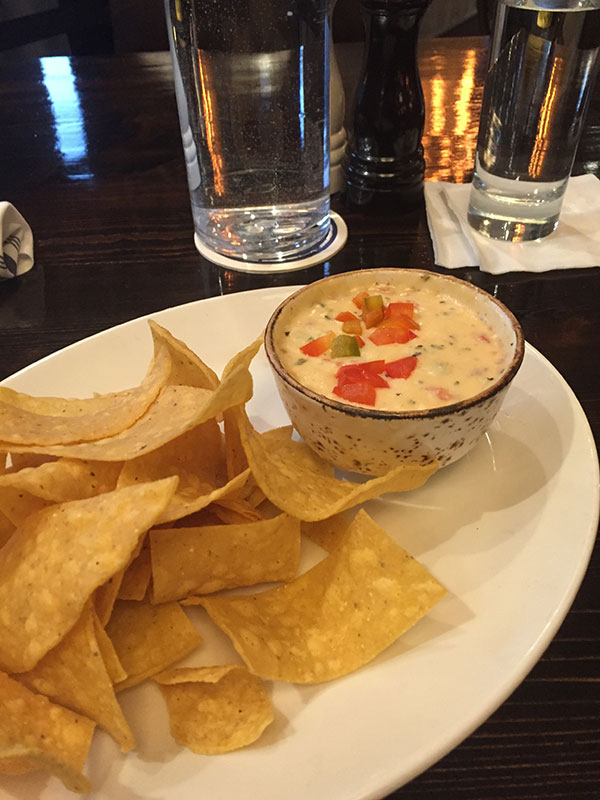 And then moved on to the fried chicken and waffles.  Double yum! 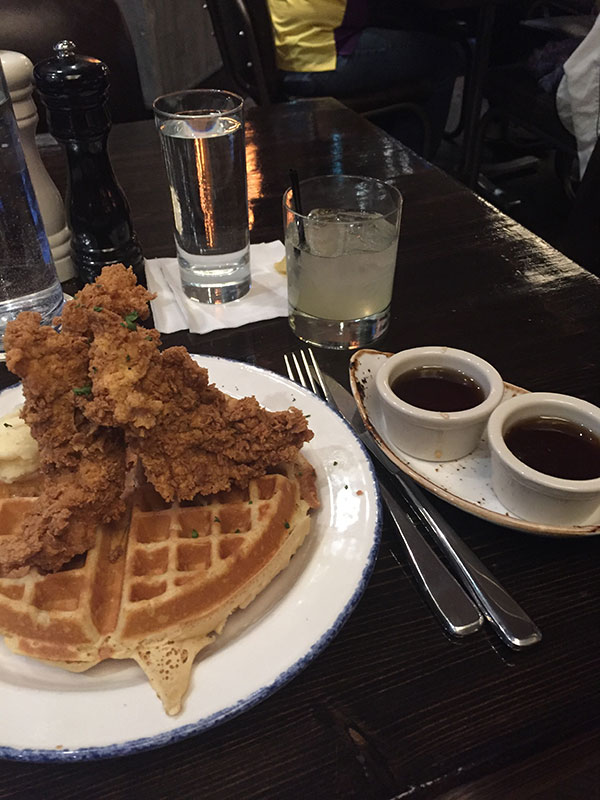 That maple syrup was fantastic and it provided a perfect counter-balance to the Memphis hot chicken.  I was very happy with my choice.

The night wound up with the parade from the Orpheus Krewe, one established by Harry Connick Jr. in the 1990s.  I got a good view point right at the turn from Canal onto Tchoupitoulas and enjoyed the first few bands and floats, one carrying Harry Shearer.  Then about a block up from us, the parade stopped.  Then a fire truck came in.  And then two energy company trucks came in.  This is what it looked like from my vantage point for the better part of an hour… 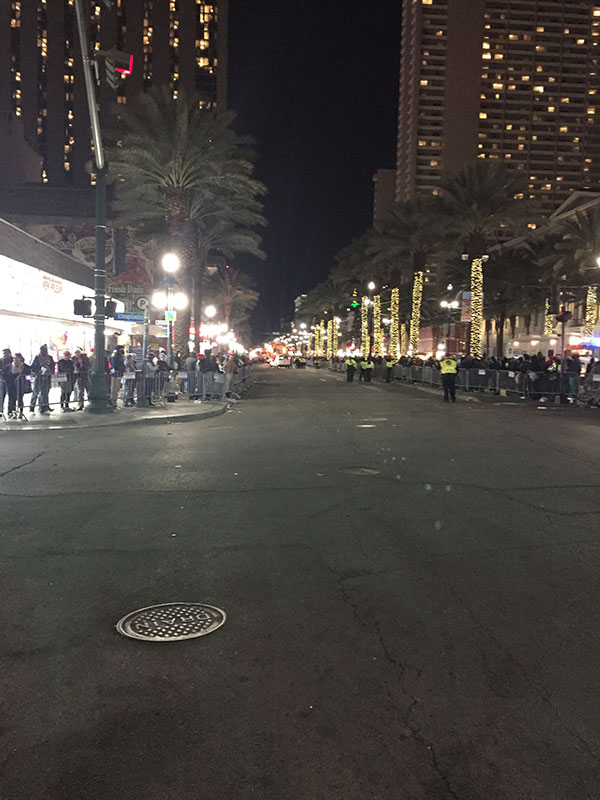 Not terribly thrilling.  Apparently there was smoke coming out of one of the under-street vaults and they needed to make sure it wasn’t going to blow up while a Mardi Gras float was sitting on top of it.

Things finally got underway and I totally overdid it on the beads.  It’s like heroin – you just have to have more. 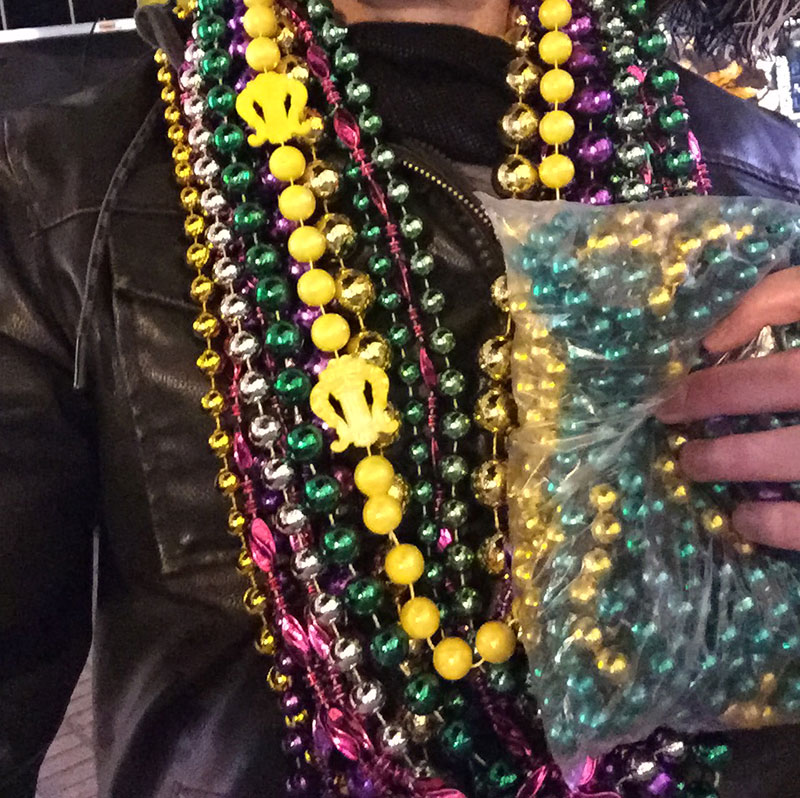 One of the strands in there was thrown by Harry Connick Jr.

I finished off the night with a few cocktails, not knowing that I should have given my liver a break (insert dramatic foreshadowing here). 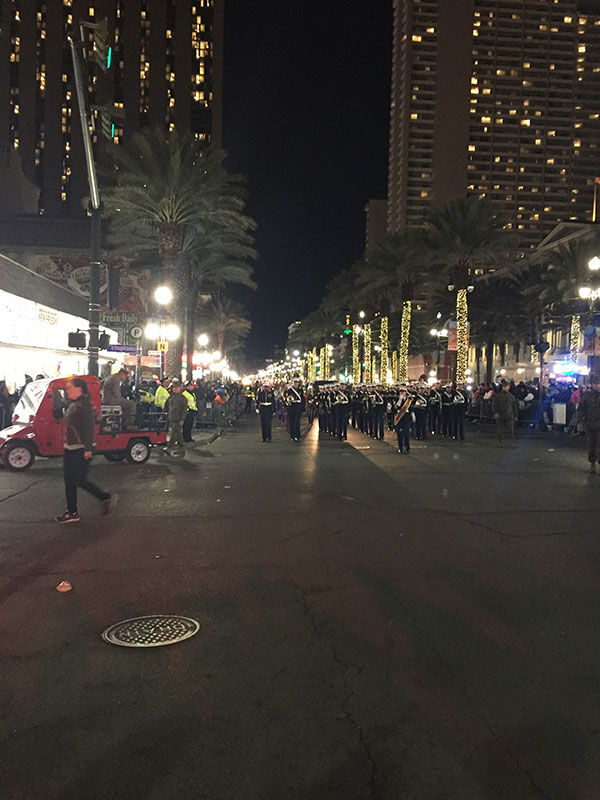 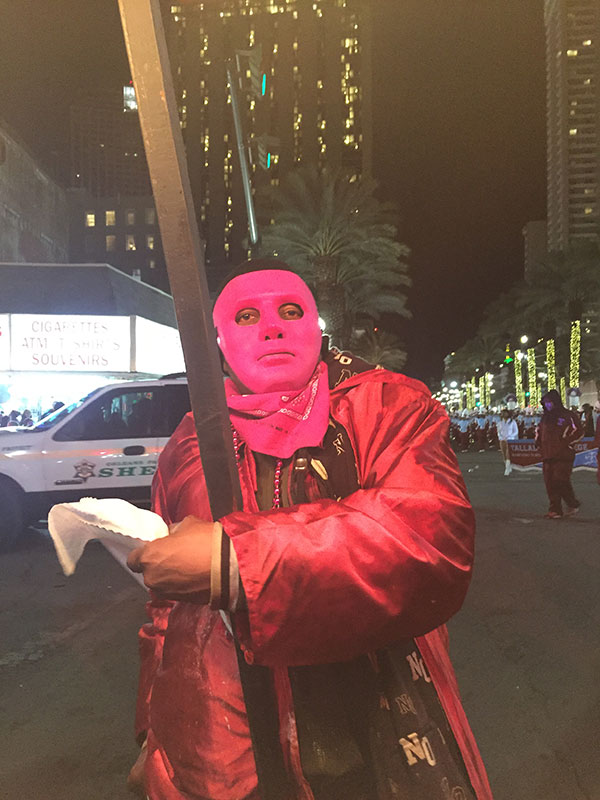 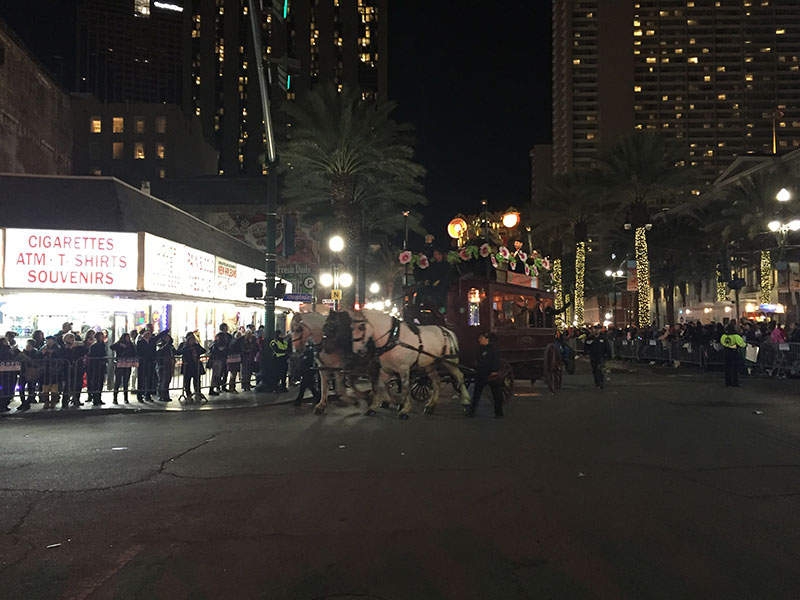 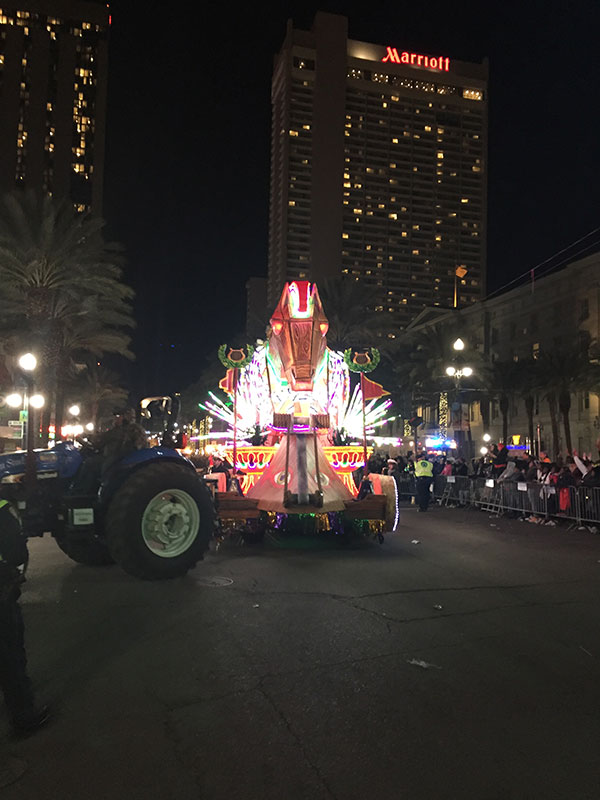 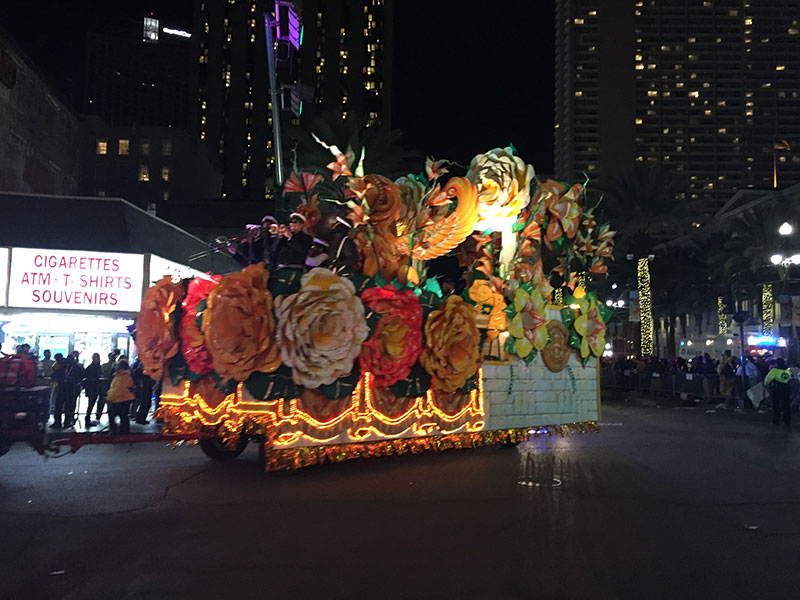 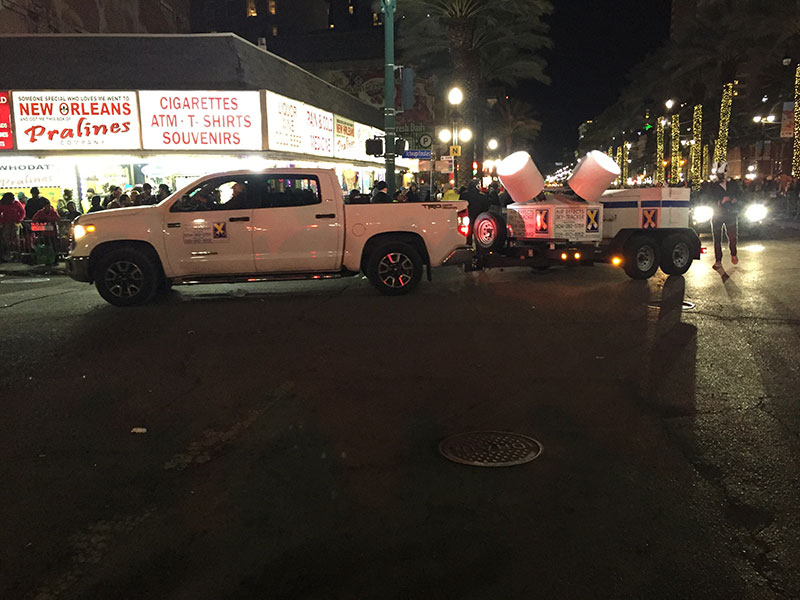 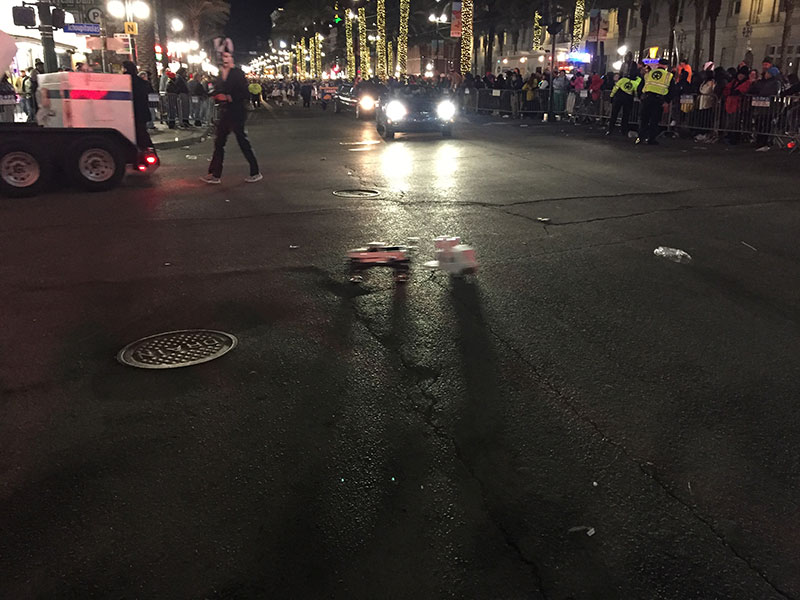 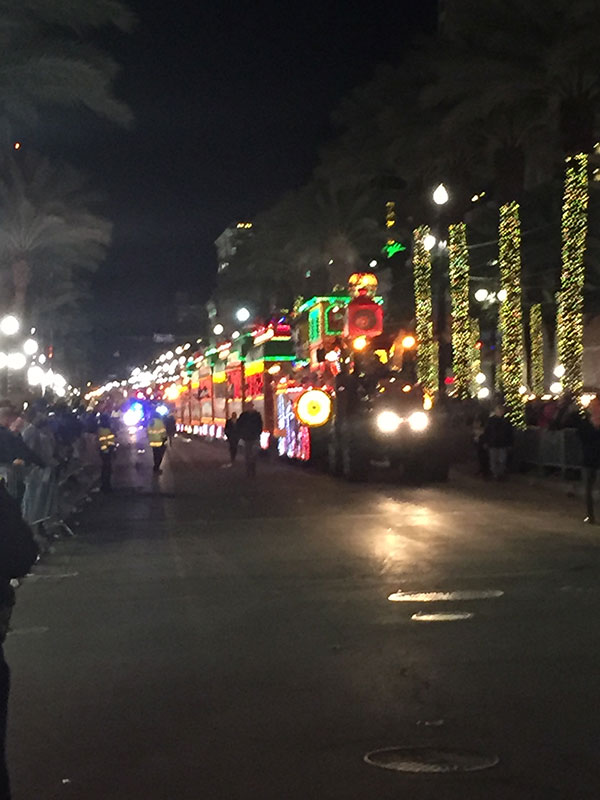 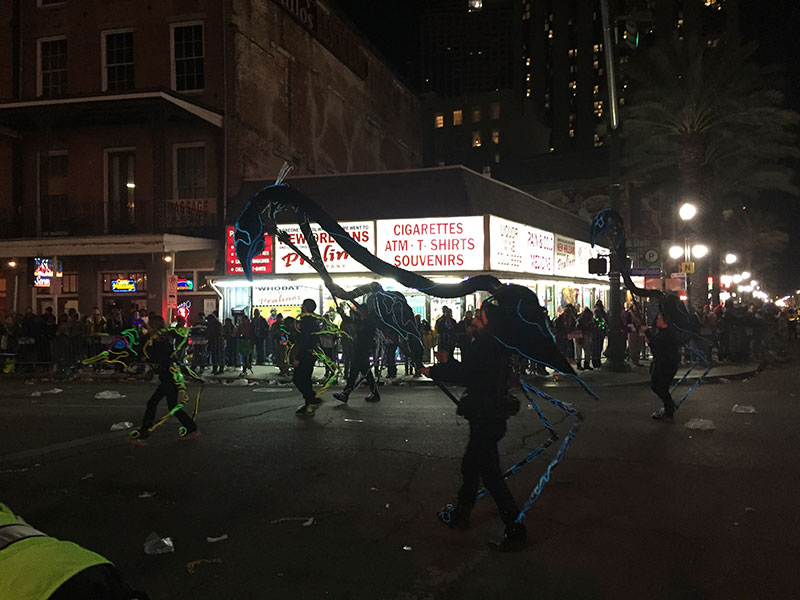 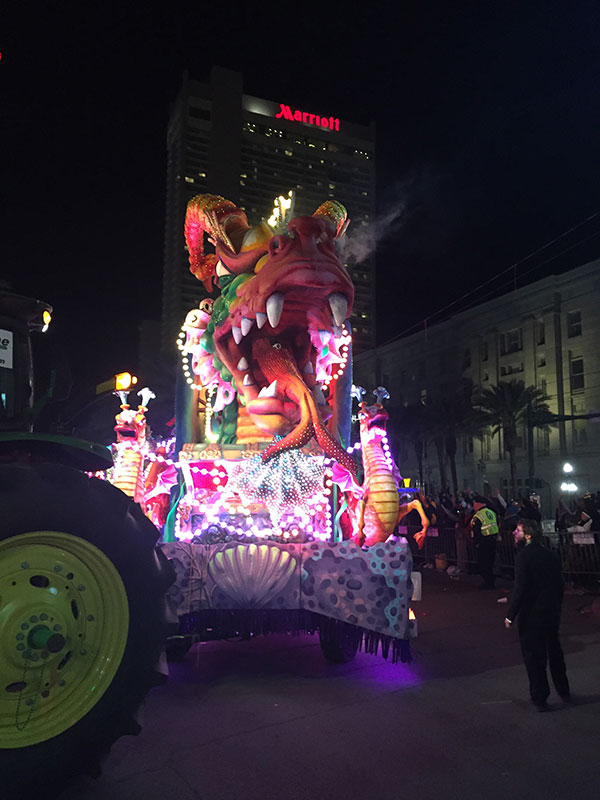 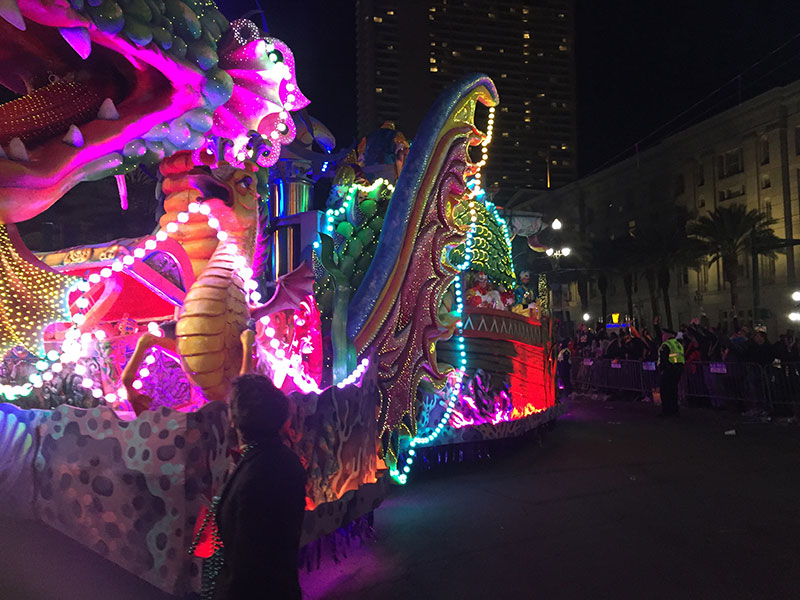