Fat Tuesday arrived and I skipped the big parades (I had enough beads, thank you very much) and headed over to the Bourbon Pub to watch the Bourbon Street Awards.  Hosted by bitchy drag queen Bianca Del Rio, the event puts a big stage on the street and judges give away thousands of dollars in prize money to vary categories like Best Costume, Best Drag,  Best Leather, Best Group, and Best in Show.

The streets were packed with costumed folks enjoying the festivities: 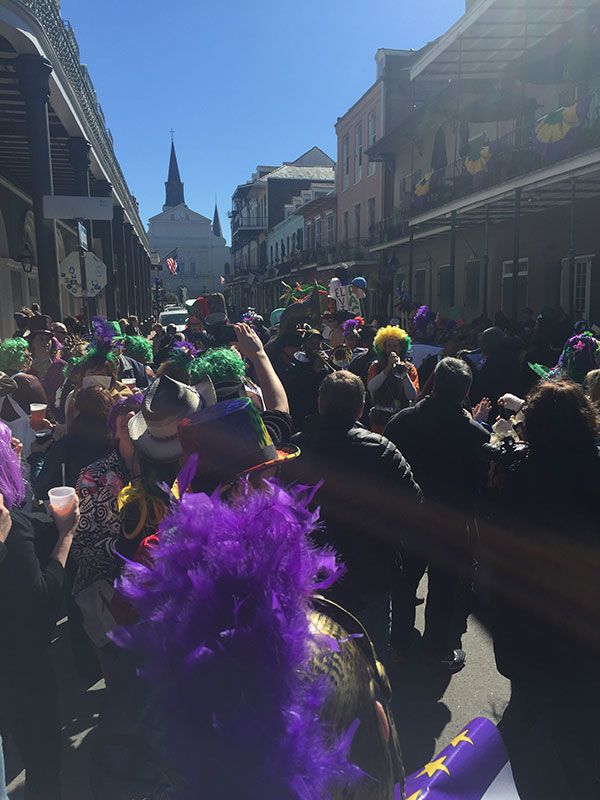 I had bought the VIP package at the bar, which includes access to a balcony overlooking the stage but by the time I got there at 11:15am it was already full.  The street below was wall-to-wall people so  I wandered back downstairs and took up a position next to the bar where I could sort of, kind of see out through the windows.

That’s when I ran into Mathieu, a guy that I used to work with at a bar in West Hollywood 20 years ago.  He fills in at the Bourbon Pub on Halloween, Southern Decadence, and Mardi Gras and he immediately started shoving cocktails in front of me.  Figuring it was noon somewhere I started my day of drinking.  This is me and Mathieu and below is a picture of drink #5 or 6, which was somewhere around 2 in the afternoon. 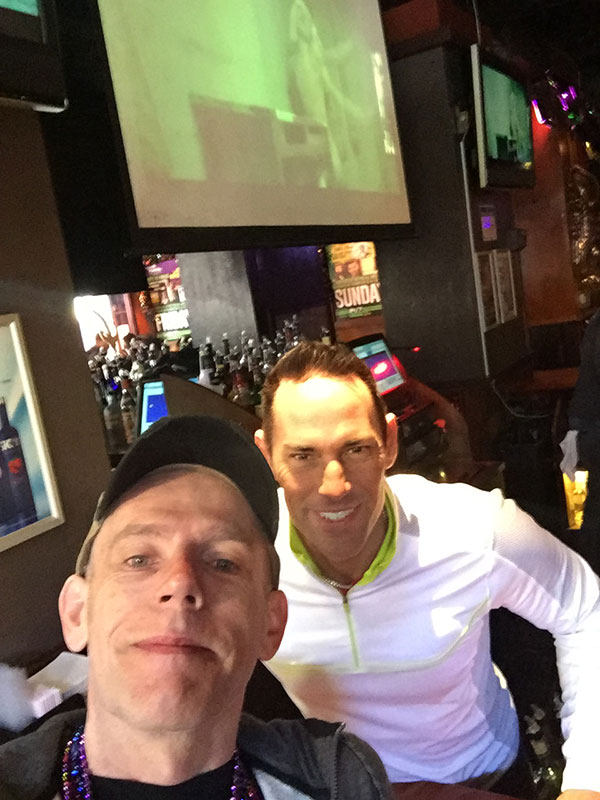 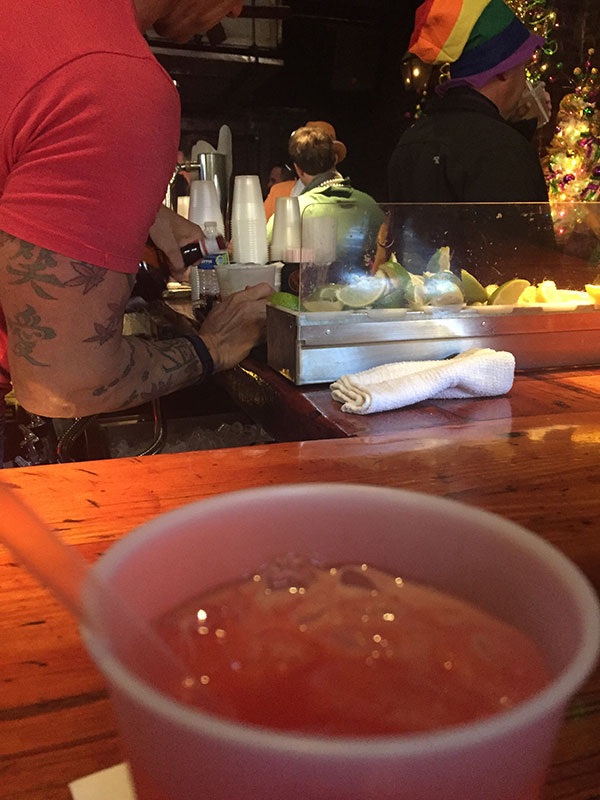 I don’t know why I took a picture of the drink.  Seemed like a good idea at the time.

Although I could hear the whole thing, I couldn’t really see the awards happening just outside the nearby doors.  Plus, my photography skills were compromised by the alcohol, but I got a couple worth sharing… 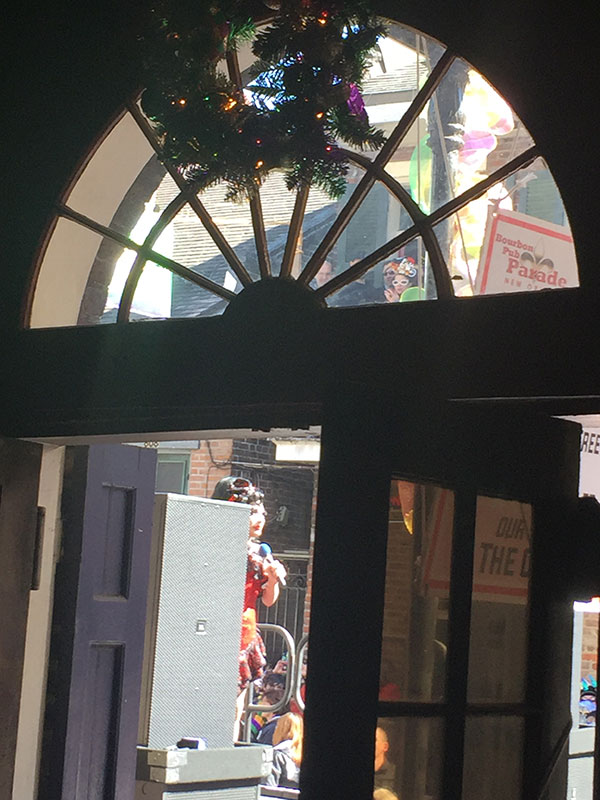 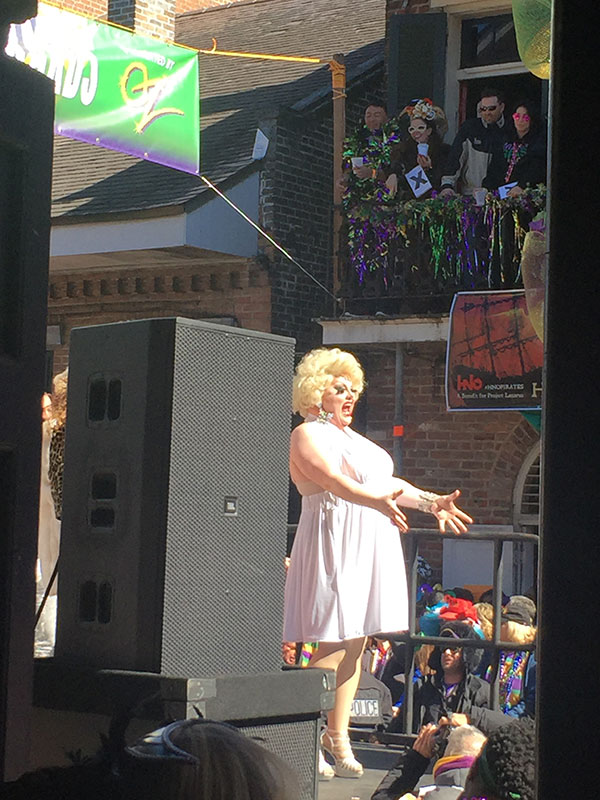 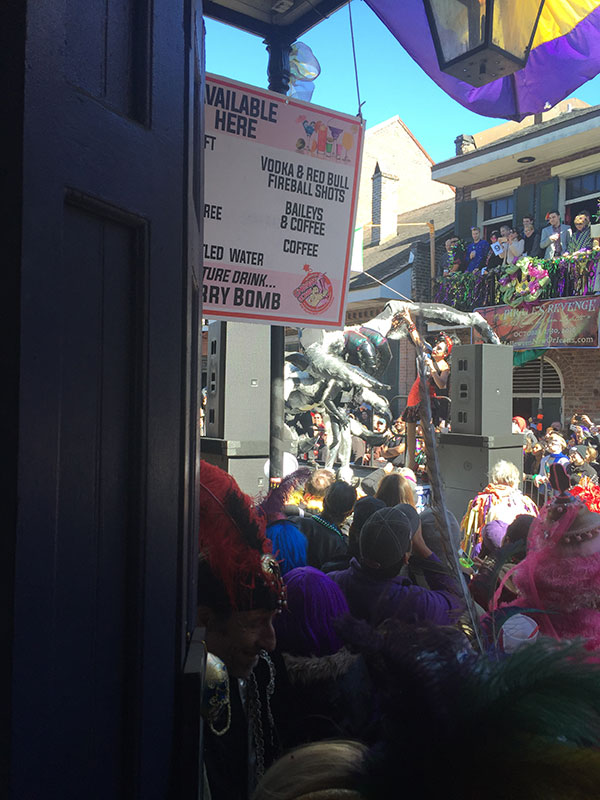 At some point I muttered “I need to get something to eat” and wandered off in search of food.  I’m not sure what time this was but it was later in the afternoon and I had been drinking for hours on an empty stomach because Mardi Gras.

The streets were still packed. 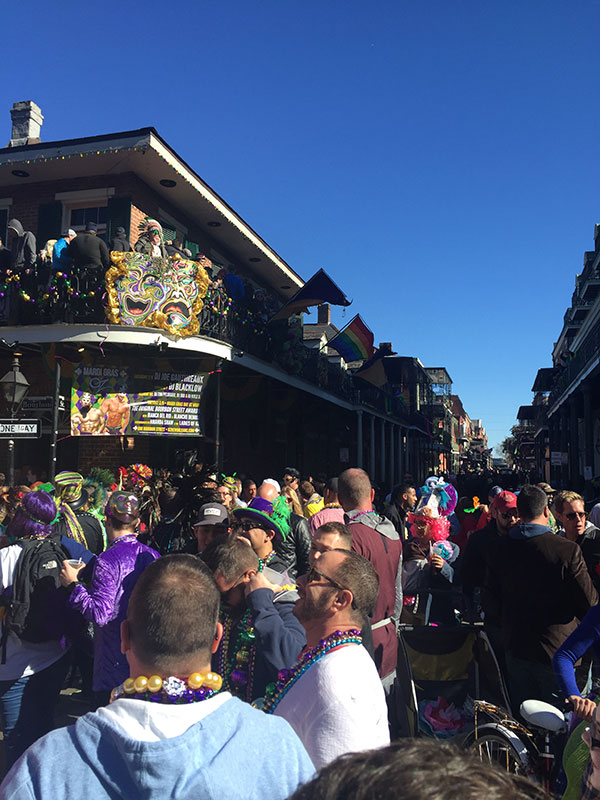 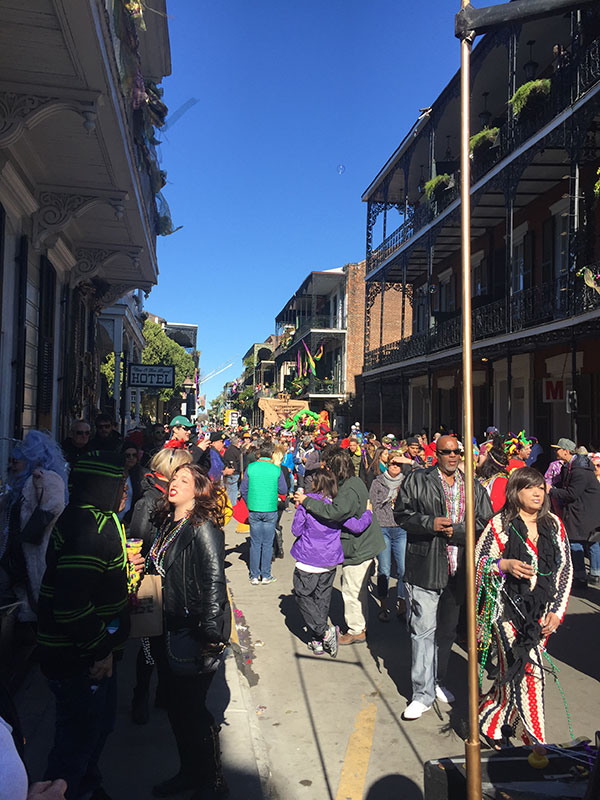 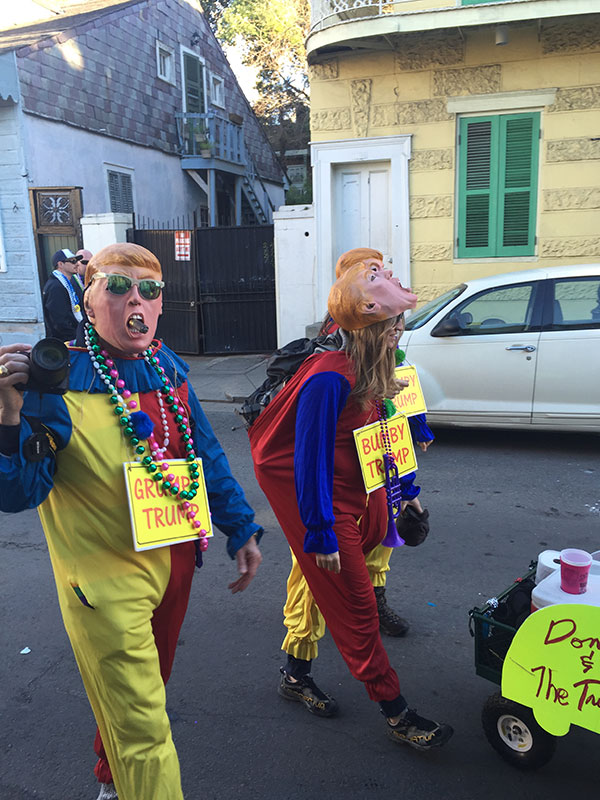 I wandered around for awhile before finally settling on the Clover Grill, a tiny diner that has been in business since 1939.  Since they claim to have the best breakfasts in the Quarter, and because I was in the mood for drunk food, I ordered an omelet with ham, cheese, and onions plus hash browns and sourdough toast.  It was perfect but I don’t know if I would think that if I hadn’t been drinking for hours beforehand. 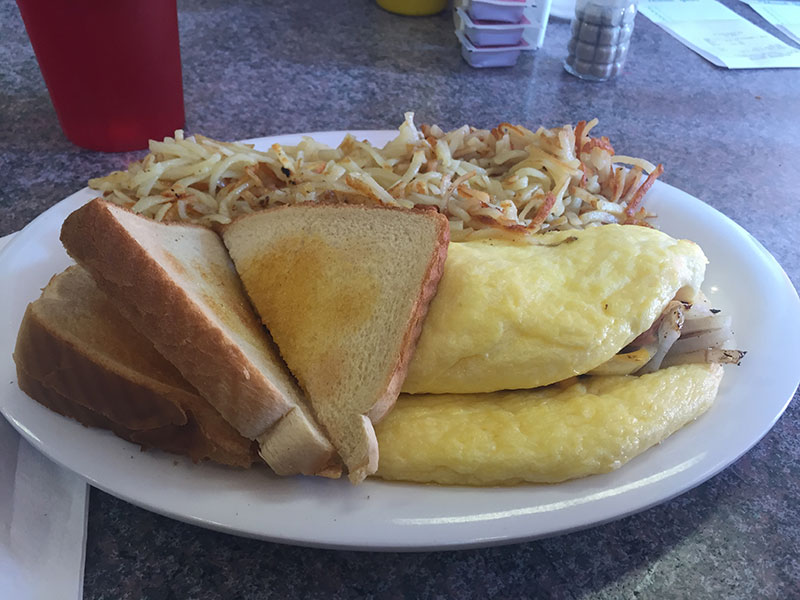 From there I went to a couple of additional bars and then back to the Bourbon Pub where the free alcohol was still flowing (make friends with a bartender – just saying).

After that I went back to the casino and gambled and drank more until the wee hours of the morning.

And so ended by lusty tales of adventure with Mardi Gras.  The next day it was back to LA (surprisingly hangover free) and then back to work.

But I have beads… lots and lots of beads.