It’s been an interesting year.  How’s that for understatement?

Let’s tally it all up, shall we?  Four surgeries, three endoscopies, three PET scans, 17 days in the hospital (6 of which were in the ICU), ten different doctors, around two dozen separate doctor’s office visits, countless blood draws and other diagnostic tests, roughly $1.5 million in medical bills, and innumerable dealings with the insurance company to make sure that I only had to pay a relatively small portion of that amount.

This is the sum of it; my year with cancer.  It has been both more and less than all that in different ways.  Numbers can’t begin to shine a light on the dark, stupid, funny, weird, depressing, divine, and mundane twists and turns that have been a part of this particular calculation.  The same, I’ve found, can be said of words, which despite my flowery best efforts, have been a constant exercise in inadequacy.  Describing what I have been through is like trying to describe art: no matter how often you rush back to the thesaurus, you kind of have to see it to fully appreciate it.

Over the last few weeks I have put the final touches on this particular canvas with an endoscopy and a biopsy of a cyst on my back. The former showed no signs of cancer (yay!) but did show esophagitis (inflammation of my esophagus) and food residue in my stomach some 15 hours after I had last eaten (boo!).  That basically means that my gastric system has not recovered from being chopped apart last year and things are not working as effectively as they should.  What do we do about it?  Not much to be done, unfortunately.  I am doubling the amount of acid blocking medication in an effort to quell the acid reflux that is causing the esophageal irritation.  This is important because otherwise I’m back on the same path – esophagitis begets Barrett’s, which begets cancer.  I’m also going to work with a nutritionist to try to find a food strategy that my body can tolerate better than the one I have now, which is “if it doesn’t make me nauseous, eat it.”  The idea that nausea and abdominal pain and difficulty maintaining a healthy weight could be constants for the rest of my life is a bit bummer-ish to be sure but like the rest of it, I’ll deal with it.

The biopsy of the cyst also came back negative, although getting to it wound up being more of a production that I expected it to be.  Billed as a “minor” surgery it involved multiple nurses, a full-on operating room, and lots of unpleasantness.  I will say this: if you have a choice in the matter, avoid being awake when they cut things out of your body.  I didn’t feel pain – well, not at first – but I felt pulling, tugging, and digging, which is just gross on every level.  It was bigger than they thought it originally was so there was more of all of the above than expected and closing me back up involved stitches and hot glue and… well, I’ll leave it at that.

I did tell Dr. Frenchy, who was taking a scalpel to me for the fourth time, that that he really needed to stop cutting me open.  He said “You really need to stop having stuff wrong with you.”  I thought that was fair.

So with those results I can say, now, officially, that I am cancer free.  Of course that doesn’t mean that I’m done with the whole thing.

As everyone knows, cancer has a nasty habit of lurking in the shadows undetectable until it reappears when you are least expecting it.  This happened twice with Mary, both times after several years of “no evidence of disease.”

Overall the 5 year survival rate for esophageal cancer is about 15%, but that is because most cases are not diagnosed until it is too late to do anything about it.  The theory is that I had stage 1B, which is when the cancer has advanced into the first or second layer of tissue in the esophagus but has not breached the esophageal wall or gotten into lymph nodes.  The 5 year survival rate for that particular bit of nasty is about 80% overall and goes up to nearly 90% for people who had the surgery like I did.  So there’s a chance that it will come back but not a big one.

But this particular bit of nasty is particularly nasty and often very aggressive so we have now entered the period of my life where I will be watched very carefully, like a bug under a microscope or a pregnant Kardashian . 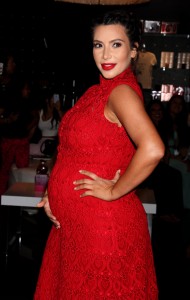 Why is this person famous?

This means visits to Dr. Wile E Coyote Super Genius (aka my oncologist) every four months for the next few years for follow up tests and scans plus an annual endoscopy with Gastro-Guy pretty much until I drop dead from whatever eventually kills me.

Beyond the physical part of it, I often find myself reflective.  No, not shiny, although sometimes I am a little after I have shaved my head.  Instead what I mean is that I am looking back on all of this (and more than just this) to try to glean some sort of meaning.  As I have said in previous posts, I kept expecting cancer to make me a better or somehow different, more patient, kinder human being but it really hasn’t. I’m still an easily irritated grouch most of the time.

But if, as Oprah likes to say, we are the sum of our experiences, then I have added a great deal to my sum over the last year and I am determined, at the minimum, to take something valuable from that equation.  Maybe it’s trying to make myself less of an easily irritated grouch or maybe it’s a promise to myself to complete things that I have left incomplete or maybe it’s embracing the knowledge that I am stronger than I thought I was and therefore can take on bigger challenges… I don’t know.  We’ll see where it goes.

I feel like I am starting over in many ways – like the reset button has been pushed and now I have to play a whole new game. Will it be merely a continuation of what came before or will it go to new levels that I hadn’t ever discovered? It’s intimidating as hell and also intriguing.  I’m going to be 47 years old in a few weeks, I’m basically broke, I have a job instead of a career, I don’t own property other than my furniture and clothes, and I don’t have a family, a pet, or even a house plant that depends on me.  Do I take that as an opportunity to reinvent or do I take what I have and build on or do I simply make peace with the pieces that I have and stitch them into a more satisfying whole?  Again… I don’t know.

What I do know is that I don’t want to be sitting here, reflective, but of the same scenery, a year, or five years, or ten years from now only to have someone tell me that the cancer has come back. If that ever happens I want to be able to scream and yell and cry over all of the parts of my life that I will miss.  I want to feel as though dying would be more than just the cessation of life but a loss of a life worth living.

I don’t expect to change the world or even radically change myself, but I think that if I can take one thing away from the sum of four surgeries, three endoscopies, three PET scans,  17 days in the hospital (6 of which were in the ICU), ten different doctors, around two dozen separate doctor’s office visits, countless blood draws and other diagnostic tests, roughly $1.5 million in medical bills, and innumerable dealings with the insurance company to make sure that I only had to pay a relatively small portion of that amount it is this: I really should be better at math.

Or at the very least, I should be willing to try to be.