Nothing much new to report, other than that “nothing new” is at least something, which is to say I haven’t dropped dead.  Apparently that’s a concern when the frequency of posts on here diminish.  I hadn’t really thought of it but I guess it makes sense: when one is writing about one’s travails with cancer, ceasing to write about said travails could cause a wee bit of worry.  Sorry about that.
But really it’s more because I’ve been busy with work, work, and my other work and there hasn’t been much in the way of cancer-related developments.  I’m still getting woken up frequently by nausea, which I believe is the new gastric wiring’s way of telling me I’m having acid reflux, and I am still experiencing frequent random pains in my upper right abdomen.  The good news… and I know that once again I am stretching the definition of that phrase to its breaking point… the good news is that neither have gotten any worse in the last three weeks since I posted last.
There is one new-ish thing, I suppose.  I’m sure the thing on my back is just a cyst, but its location – a direct line straight back from where I’m having the pains in the front – is troubling.  It doesn’t hurt, specifically, unless I’m leaning back against it too hard and I don’t think it’s getting any bigger, although I’m not precisely sure about that last point.  I have to put myself through Cirque du Soleil worthy contortions to see or feel it (which I do CONSTANTLY when I’m not around people) so I’m probably missing the subtleties of the situation.
I know, I know, you’re all saying “go to the doctor and get it checked you dumb fu#@!”  I am and I will… in about 3 weeks.  That is the grand bargain we have all made, me and my doctors, which involves waiting until the first week of June to go back in for all the tests that will show, hopefully definitively, whether I have cancer or not; whether I’m going to live or die.  Yes, it sounds overly melodramatic and I suppose it is, but that’s what’s going on.  Those who know me well know that I embraced by inner drama queen a LONG time ago.
Drama queens, by their nature, are not good at waiting.  Neither are drag queens, but that’s a whole other story.  Oddly though, I’ve been remarkably calm about waiting.  Some of it has to do with how busy I am at work, work, and my other work but there is definitely an aspect of shrugging acceptance of (or perhaps blind resignation to? insane denial of?) the fundamental realities of the situation.  If there is cancer, there’s nothing that can be done about it and confirmation of that information is news I’m happy to wait for.
In the meantime I’ve been going about my business and pretending as if it is all going to work out fine.  I’m going to Chicago next week around Memorial Day.  It’s one of my favorite cities in the world and late spring is the perfect time to visit – after the ridiculous winter and its insanely frigid temperatures and before the stupid summer and its insanely high humidity.  There will be sightseeing and relaxing and eating of Chicago dogs (my first since the surgeries – we’ll see how that goes).  I’m also going to be driving somewhere to get a maid-rite – a “loose-meat” sandwich, Midwestern favorite from my childhood that I want to have one more time before I die, regardless of whether that’s 4 months or 4 decades from now. 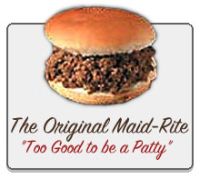 And yes, going to get a maid-rite will involve driving well over 100 miles from Chicago to another state but it won’t be the first time I’ve gone that far for food.  Does anyone remember the Hillbilly Hot Dogs from Plucky Survivors See America 2008: The Plucky Shall Rise Again?  Yes, Mary and I drove roughly 250 miles round trip for a hot dog.  Totally worth it.
I don’t want to get all philosophical about food, but the long and the short of it is this: if it’s food that is eventually going to kill me, then damn it, I’m gonna have me some food I love before I go and I’m not going to let thing like state lines get in my way.

Other Chicago diversions will include the annual Memorial Day parade, Navy Pier, a trip about 20 miles south to the Horseshoe casino naturally, and the International Mr. Leather competition, which is always a hoot.  I will take lots of pictures.  Well, maybe not of the guys in leather.  Well, maybe not ones that I’ll share with you.
After I get back I will send an email to Dr. Wile E. Coyote Super Genius (aka my oncologist) and have him start the approval process with the insurance company to get another one of those $7,500 PET scans set up.  This will be the third time in a year that I have to go get radioactive.  I’m thinking it’s going to stick one of these times and I will have superpowers. (I’d like mine to be the ability to cure cancer, thank you very much)  It will probably be scheduled for the first week of June and I will have the results the following week.  So I have about a month left of shrugging acceptance, blind resignation, and/or insane denial.
But there will also be Chicago dogs and maid-rites, so all in all I think it’s a fair trade.