The Year of Living Differently: Georgia on my Mind Day 2 (Atlanta Again)

I got a little bit later of a start than I intended because I’m on vacation and I don’t really need to get up as early as my stupid schedule was dictating.  I like to keep busy so I wind up cramming so much stuff in that I can never get to it all unless I start at stupid o’clock, which pretty much destroys the concept of relaxing.

But when I finally got moving I headed to the Center for  Civil and Human Rights.  This brand new facility just opened in July right next door to the World of Coca Cola and the Georgia Aquarium. It’s a lovely building with three levels of exhibits about the civil rights movement and a broader discussion about human rights around the world. 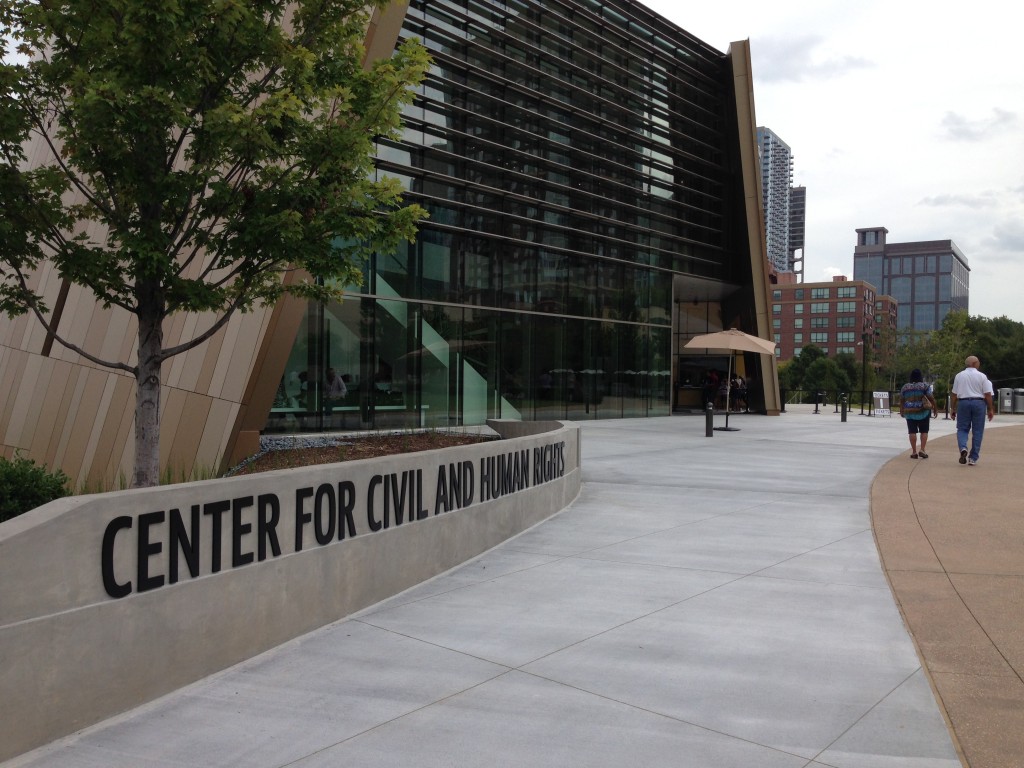 The main floor features a good overview of the battle that African Americans have faced in this country, focusing on the period between the 1950s and the passage of the Civil Rights Act.  It’s all here – the Montgomery Bus Boycott, the Selma to Montgomery March, Rosa Parks, Emmett Till, Martin Luther King Jr, and more examined with video, text, interactive screens, audio, and more.  While nothing is given in depth treatment, there is enough to offer enlightenment and education if you haven’t ever been to a facility like this before.

The things is that I have.  I’ve been to the Civil Rights Museum in Memphis, Tennessee, built on the site of the Lorraine Motel where Reverend King was assassinated.  I’ve been to the MLK museum and birthplace.  I’ve been to the Rosa Parks museum and driven the Selma to Montgomery march route.  So for the most part this facility didn’t offer me anything new, which is not to say that it’s bad in any way, it just doesn’t dig any deeper than what you would expect.

There were a couple of standout exhibits.  One asks you to sit at a lunch counter, put on a set of headphones, and see how long you can take the verbal harassment and bumps and shoves that the mechanized seat provides.  It’s powerful stuff – I lasted about a minute and then had to stop. The other was a really remarkable bit of technology that had 3-D holograms of various human rights pioneers around the world.  Just walk up, swipe in the air for the menu, select a person, and they step up and tell their story.  Fascinating. 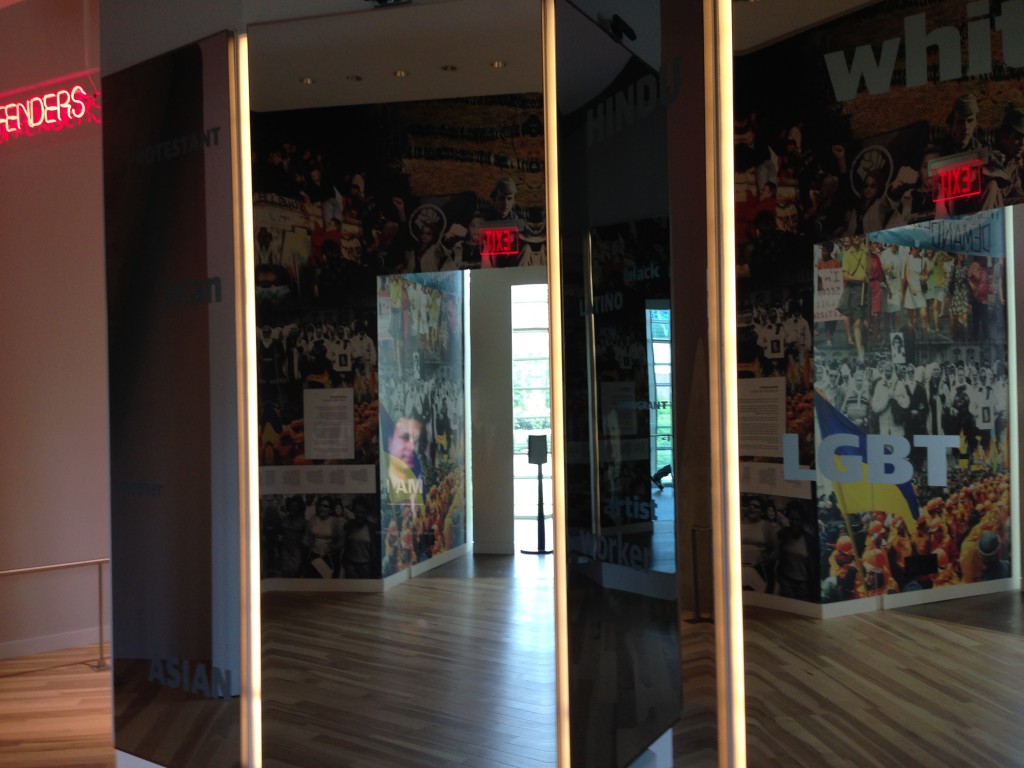 This part of the facility on the second level is mostly about global human rights issues, touching briefly on everything from the subjugation of women in the Middle East to the persecution of gays and lesbians in Africa and beyond.  It also has some calls to action, asking you to learn about how the way you live your daily life can impact people around the globe.  That soccer ball you are kicking around?  It was probably made by children in Asia.

The bottom level of the center has an art gallery and an exhibit of various papers and personal effects belonging to Martin Luther King, Jr.  This room was completely silent and there was a large wall onto which the words “I Have a Dream” were being projected in multiple languages, sort of fading in and out like wisps of smoke.  Beautiful.

I always try to get a souvenir at places like this so I got a magnet with a quote from Abraham Lincoln.  It reads: “Whatever you are, be a good one.”  Wise man, that Abe. 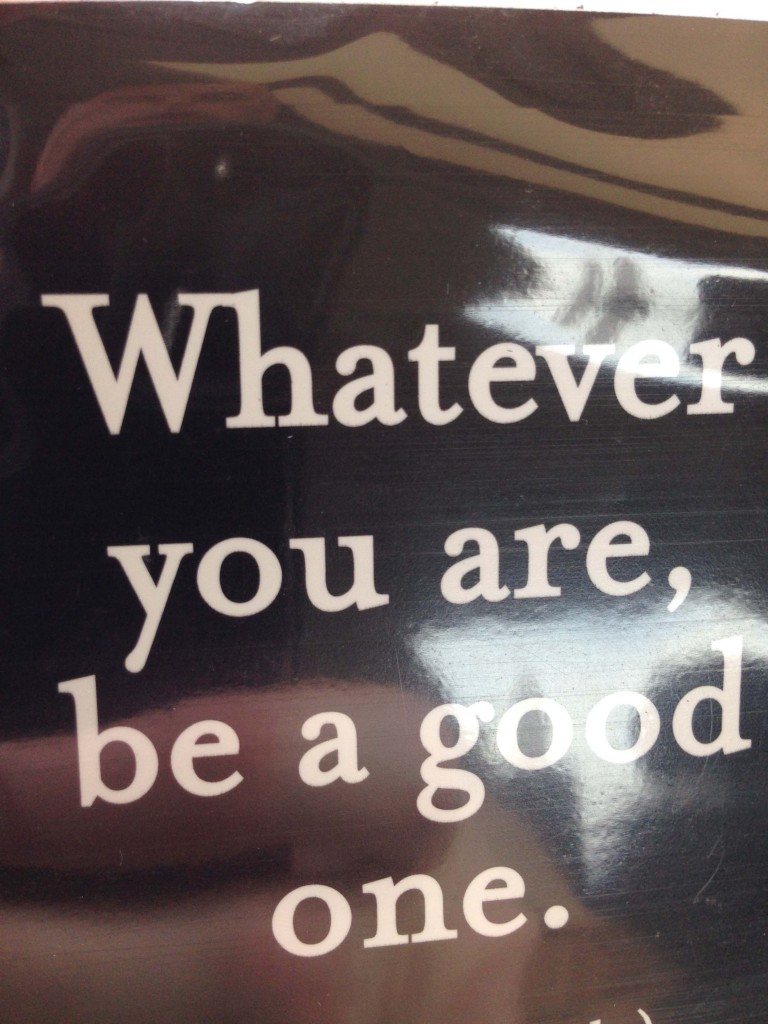 Next it was lunchtime.  I needed a BBQ fix so I went to a place I had read about called the Bone Lick BBQ.  In addition to getting rave reviews, it has a bit of a celebrity connection in that actor David Cross – you know, the “Analrapist” Tobias Funke from “Arrested Development” (among other things) – is an investor.  That alone made me want to eat there.

It’s located in a newish mixed use complex (apartments and shops) but the inside of it looks like a well-worn roadhouse, complete with concrete floors and corrugated tin on the walls.  And it’s not fake roadhouse, like those stupid chain restaurants – this felt authentic even though it really wasn’t.

The menu is fascinating, with things like Big Ol’ Totties (tater tots topped with sausage, pulled pork, chipotle BBQ sauce, Brunswick stew, and homemade cheese sauce), pork cheek and grits, homemade pork rinds, and all sorts of slow-cooked ‘que.  They also had something on the late night menu called “Bitch, Please.”  I asked and was told “It’s sort of a fried cheese and bacon thing with cheese that you dip it in.”  I intend to go back for this.

I got a two-item combo – pulled pork and chicken, plus a side of their jalapeno mac and cheese and a couple of pieces of toast.  I know recently I said that Smoq in Chicago was the best BBQ I had tasted in a long time, perhaps ever, but this was insane good.  The pork was perfectly smoky and practically melted in my mouth while the chicken was the most tender, juiciest piece of bird I have ever had.  There were five different kinds of sauce, from vinegar based to mustard to sweet, which is the one I preferred.  I give this one an A+ and may come back next Saturday when I pass back through Atlanta on my way home. 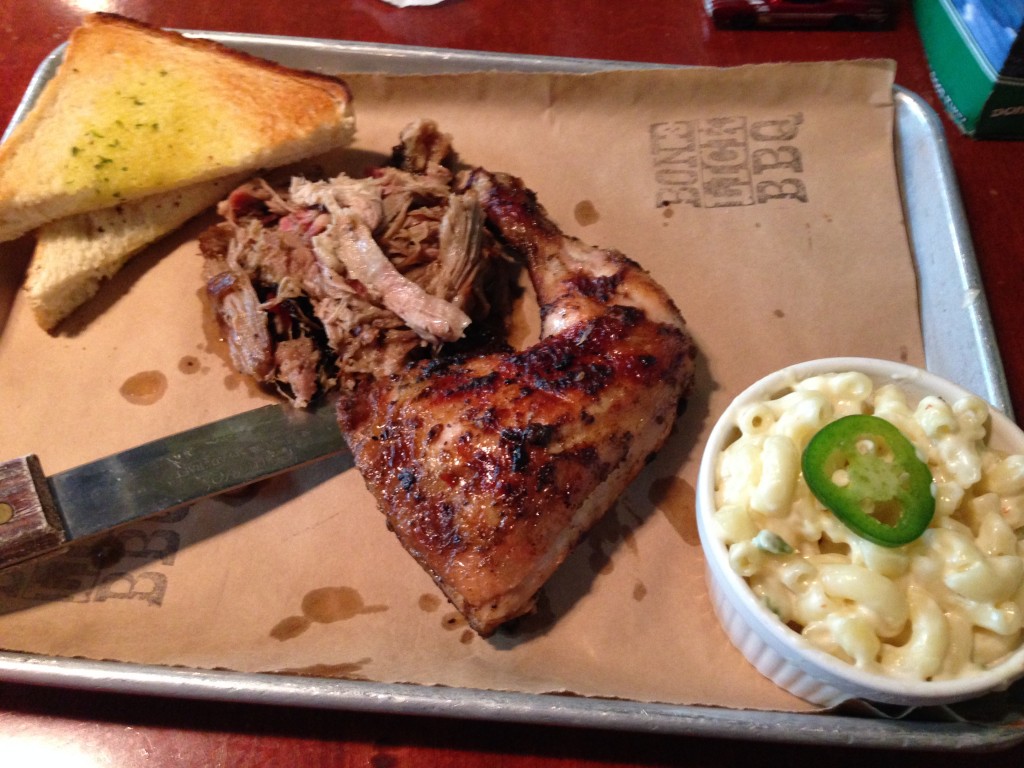 After lunch I continued my tenuous Hollywood connection theme with a trip into a lovely section of town (sarcasm implied) to get a couple of pictures of Terminus, the series of buildings that is a main focal point for the series “The Walking Dead” at the end of the last season and, presumably, in the beginning of the next one.  The train car is even there! 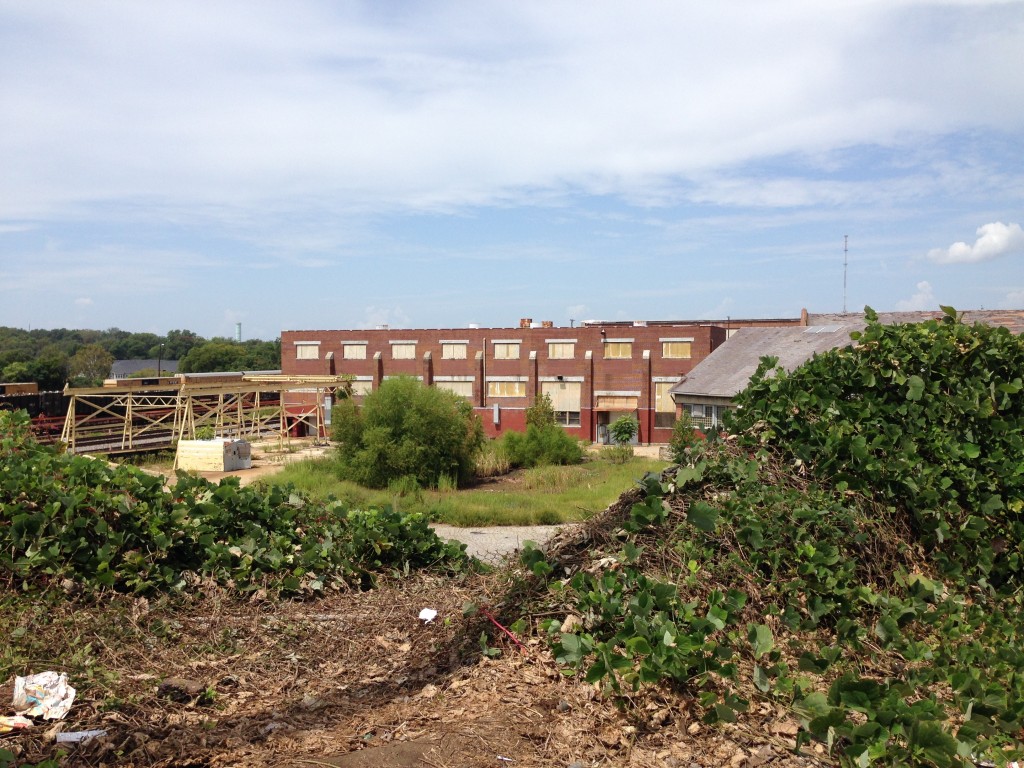 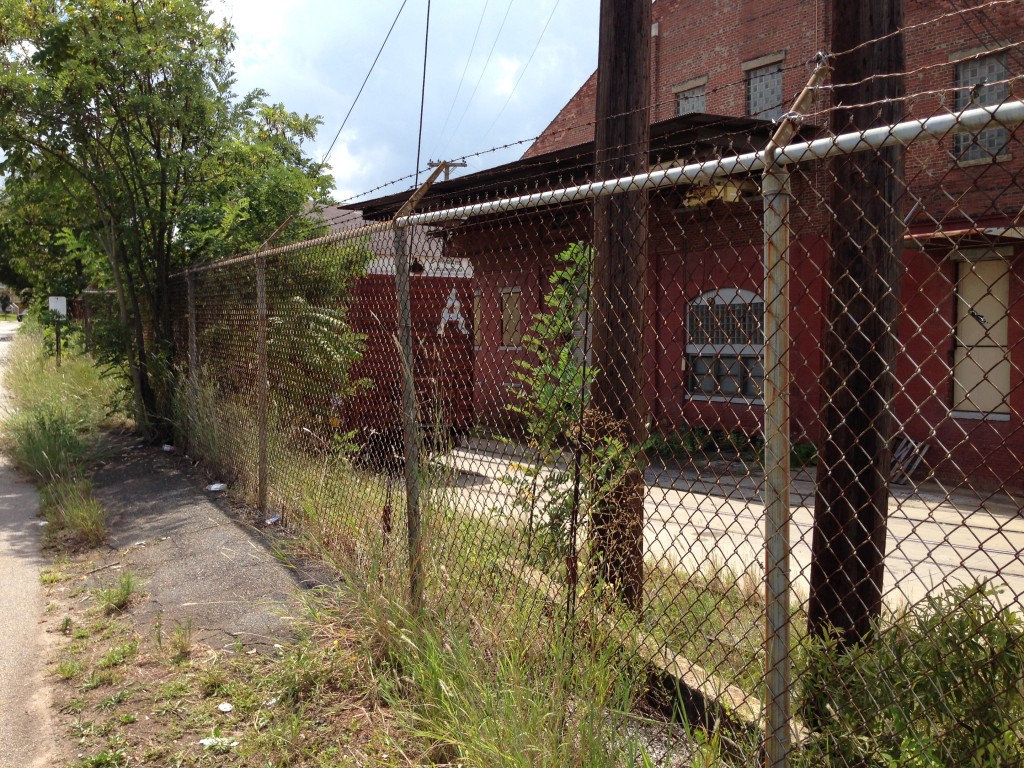 And if you don’t watch the show, I don’t want to know you anymore.

Next it was a stop to what I believe I am counting as my third presidential library (after Clinton and Lincoln) with the Carter Center.  I don’t have a strong opinion about Jimmy Carter as a president but I have a very high opinion of his life after the White House and thing he is the closest thing we have to a saint in this country.  The work he and his foundation have done around the globe is nothing short of miraculous and I was eager to learn more about the man and his life. 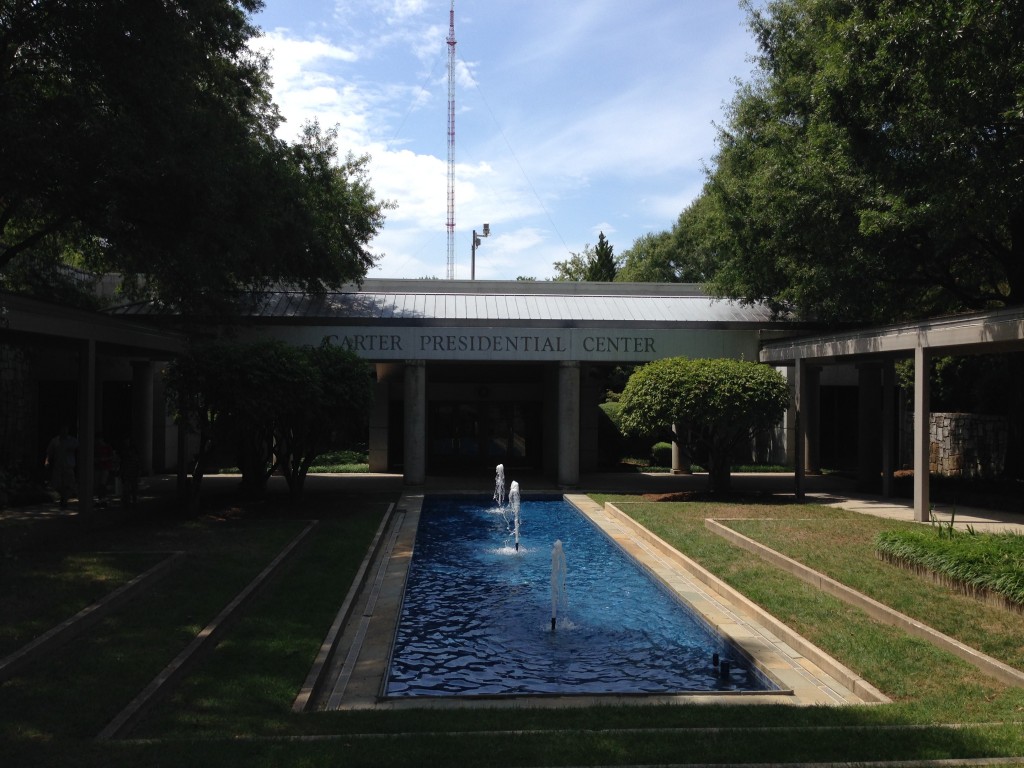 The museum was only okay, I have to say.  It was very heavy on the text and photos, with only a little bit of video and almost no interactivity.  The recreation of the Oval Office is always impressive. 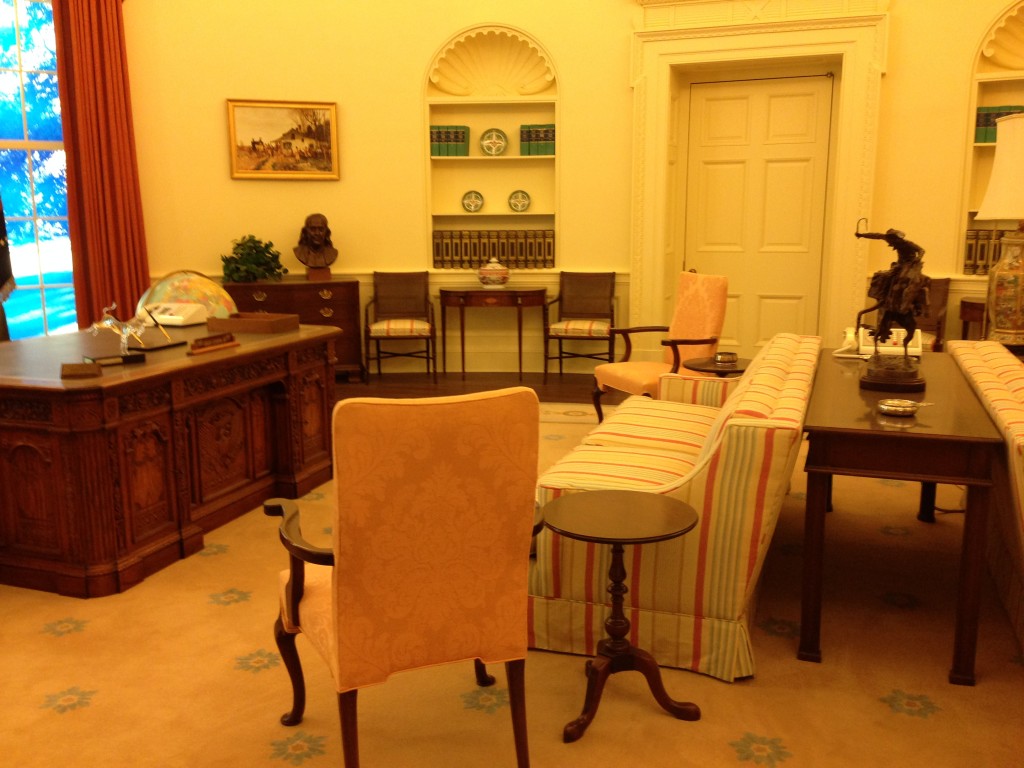 Still, I did learn some stuff like the fact that the peace treaty that Carter negotiated between Israel and Egypt has held for decades and that since it was signed in 1978, no Egyptian has killed and Israeli or vice versa.  Pretty remarkable.

I went back to the hotel after that to fight with the Internet (and lost most of the time) and then went to dinner at a place called Bantam + Biddy, which was supposed to be a new southern restaurant but was really more of a shiny café.  I ordered the meatloaf with a side of mashed potatoes and mac and cheese and it was good but not worth rhapsodizing about.  That’s okay – there are lots more opportunities for good southern cooking ahead.

Tomorrow I go on a journey that evokes the Plucky Survivors days with a road trip across Georgia and stops at museums both serious and silly before I finally get to Savannah.