I started the Inuit Museum of Intuitive and Outsider Art, which for those who don’t know is usually dedicated to exhibits by untrained artists, folk artists, people who do art out of “found” objects, and, very often, crazy people who have a hot glue gun and too much time on their hands. In other words, exactly my type of museum.  Mary and I went to one in Baltimore on a Plucky trip and it was one of our favorite stops.

This one is very small – only a couple of rooms – but it had a few fantastic exhibits. The first one was called “Lost and Found: The Search for Harry and Edna.”  A Chicago photographer found 30 boxes of unlabeled slides in a thrift store in St. Louis and found a treasure trove that chronicled the lives and travels of this random older couple from the 50s and 60s and their lives and extensive travels around the world.  Curious, he started posting the photos online to see if anyone could identify the couple and it turned into a bit of a sensation.  The photos are pure kitsch, with beautiful color of Harry and Edna at dances and weddings, on cruise ships and bus tours, at wacky roadside motels and just living their daily lives.  They had several dozen blown up on the walls and then more on a slideshow and even more on an iPad.  It’s fantastic and I even got my picture taken with Edna… 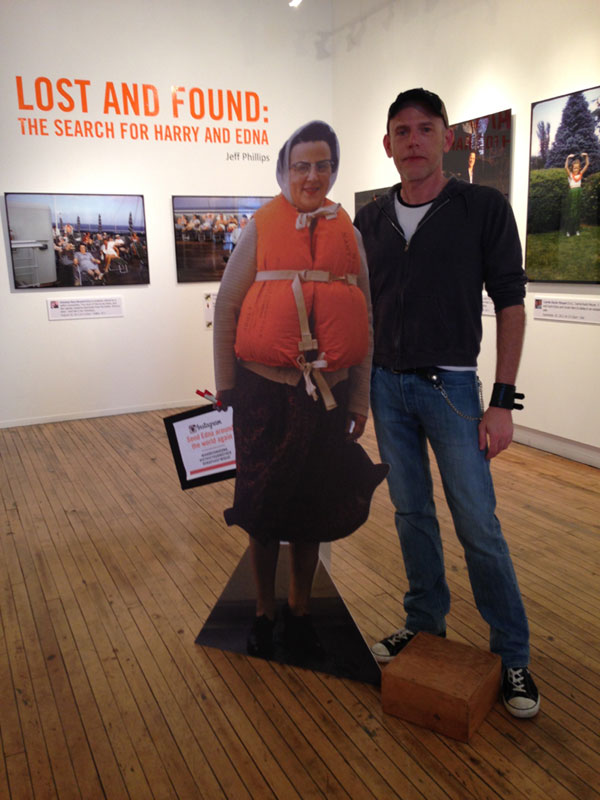 After that I took a lovely drive along Lakeshore (has to be one of the most beautiful drives in the nation) up to the Lakeview neighborhood on the north side to a place called bopNgrill.  It’s a Korean inspired foodie joint that I had read about that sounded interesting and man was it ever.

Small space, right across the street from a college and it happened to be graduation day so lots of people. The wait was about 25 minutes between order and serve but it was worth it.  I had the Loco burger, which came topped with a fried egg, short-rib gravy, caramelized onions, bacon, and sharp cheddar.  Loco, indeed, but delicious and ridiculous all at once.  They also had their weekend-only special of Philly Cheesesteak egg rolls, which are exactly what they sound like and are exactly and ingeniously delicious as you would hope they would be. 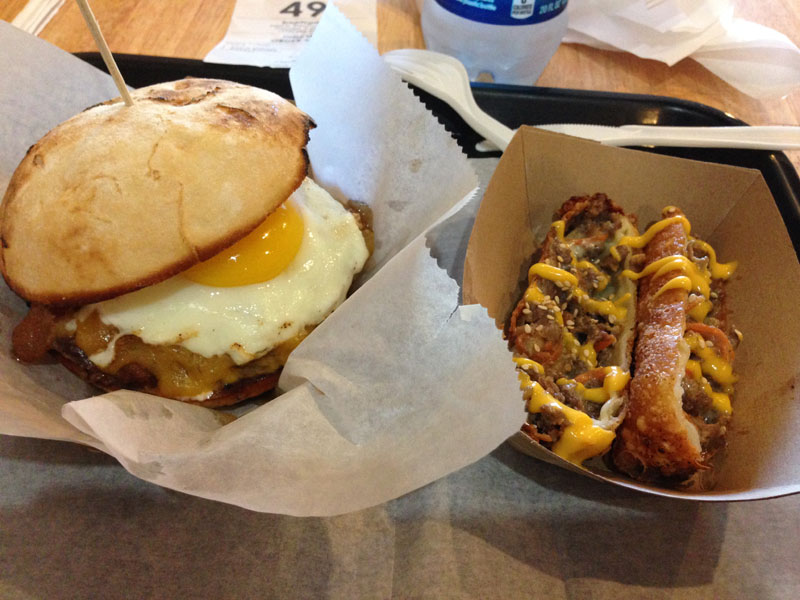 Right around the corner was museum #2 of the day, the Leather Archives and Museum.  This is a facility devoted to the history and people of the leather culture, gay and straight, male and female (albeit mostly gay and mostly male), from it’s earliest incarnations to modern day.  I don’t know what I was expecting – okay, I do – I figured it would be a bit lame and not very well put together but it wound up being very well done, researched, and organized – very extensive and well put together and, while certainly adult in nature, not overwhelmingly graphic.  Well, at least not to my eyes – others may have been shocked.

Then I went to the other major casino in the area  – The Horseshoe in Hammond, Indiana, about a 30 minute drive south of Chicago.  This is what $5,000 looks like: 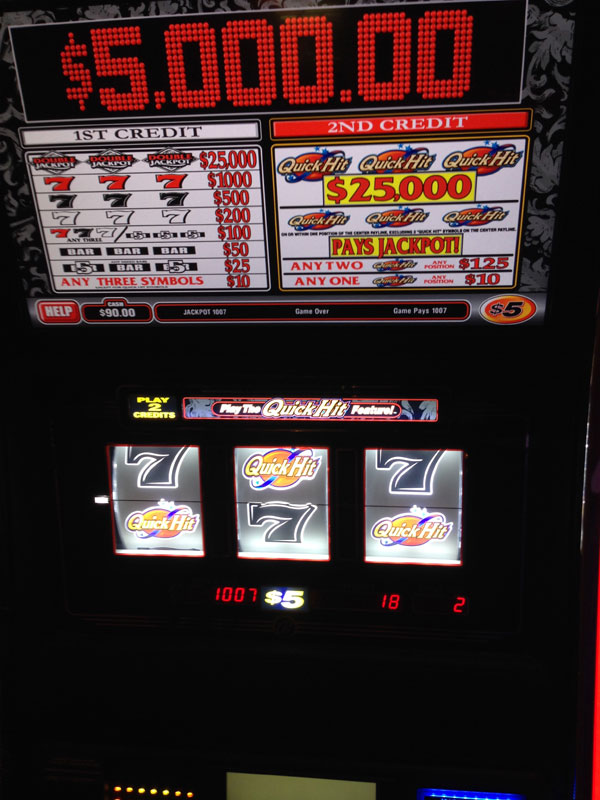 Later that night, I went back to Portillo’s, just because I could.