To celebrate my 100th day of Differently, I decided to to go all in on a food frenzy.

I started with a little restaurant not far from work called Boulevard Burgers.  I had been by it a million times but never stopped and so today I did.  Weird little place run by incredibly unhappy people, but the bacon cheeseburger was darned good.  Not the best I have ever tasted but certainly better than most – good grilled flavor, fantastic bacon.  I was happy (once I didn’t have to deal with the people serving the food). 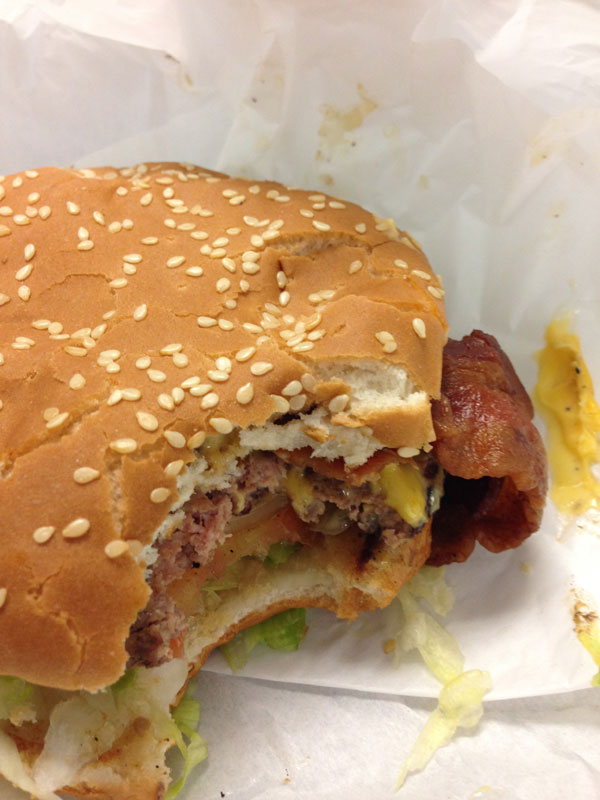 The for dinner, me and my friend Maureen decided to do “Old Hollywood” with a visit to Musso & Franks.  This is a classic LA eatery that has been in business since 1919 (!!).  Located on Hollywood Boulevard, it has been a legendary hangout for movie stars and famous writers from Marilyn Monroe to Elizabeth Taylor to F. Scott Fitzgerald to Raymond Chandler.  It has that classic old-school vibe, with worn leather booths, a staff that is almost as old as the restaurant (and very formal about everything), and a weirdly fun Hollywood atmosphere.

And we even got a celebrity sighting out of it… Penn, the tall talkative half of magic duo Penn & Teller… was having dinner with a big, boisterous group nearby.

I had classic onion soup, a filet, a baked potato, and their amazing garlic bread and although, as usual, I couldn’t eat very much of anything, everything was fantastic.  The dessert was sick – the Musso & Frank Torten, which is basically a pastry-like cake shaped thing made out of whipped cream and strawberries.  Insane. 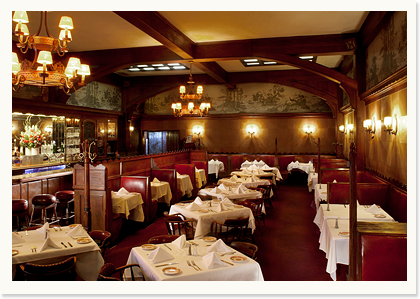