After all the food I ate yesterday, I didn’t intend today to be another food frenzy but that’s just the way it turned out.  And it all started with cupcakes.

You might remember a couple of weeks ago I was in a cupcake mood and stopped at a place I had never tried in Sherman Oaks – and came away highly disappointed.

Well, ever since then I’ve had cupcake on the brain, so after work I decided I wanted to do a little cupcake war.  There were two cupcake places I read about in the north part of the San Fernando Valley – one of which had actually competed on and won the Food Network’s “Cupcake Wars” show.  Gauntlet thrown.

I went to the one in Northridge and got a couple of cupcakes and then headed to the other in Granada Hills and as I turned on to the street where the shop is located, I was confronted by this: 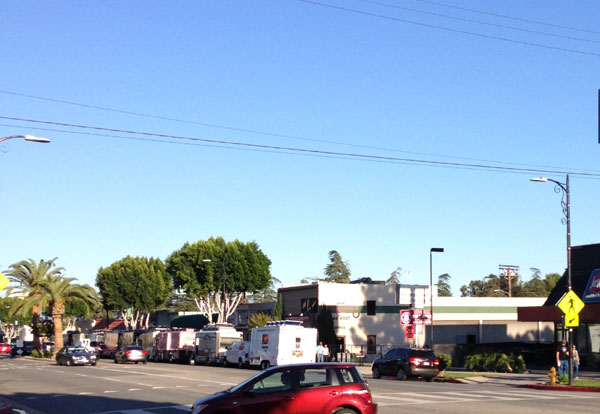 Now, the picture doens’t really do it justice… what you have here is basically every single food truck in Los Angeles taking up the better part of both sides of the street (and side streets) along several blocks of Chatsworth Avenue.  I counted about 32 trucks and there were more arriving every moment, jockeying for parking spots.

I went ahead and got the cupcakes but then went on the food truck prowl.  There was a lot that I wanted but I started with Postcards Central American Soul Food.  The what now?  Basically it’s soul food – BBQ chicken, brisket, greens, and/or mac and cheese stuffed into a burrito shape or in a bowl.  Kinda freakin’ genius if you ask me. 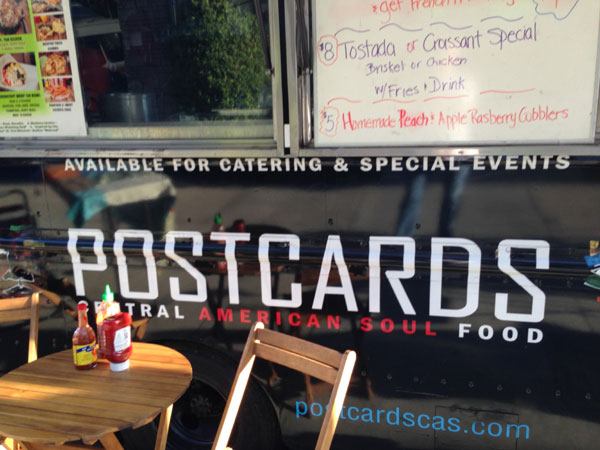 I got the brisket burrito with kale and mac and cheese of course and it was AMAZING!  It’s on the right in this pic:

On the left are grilled pork meatballs from an Vietnamese fusion truck.  Not as good as the brisket but still really tasty.  I should’ve tried their garlic filet mignon noodles.

And for dessert… let the pictures tell the tale: 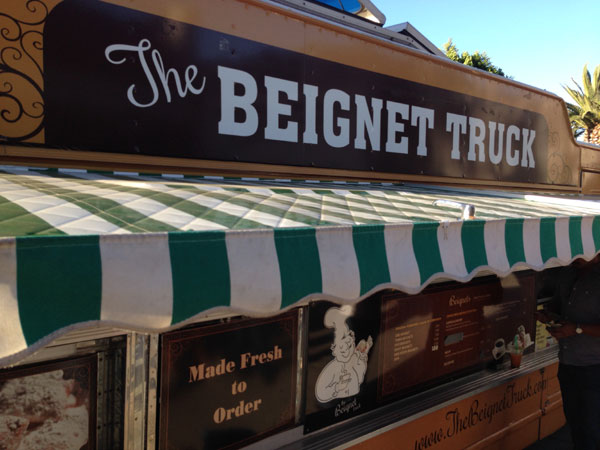 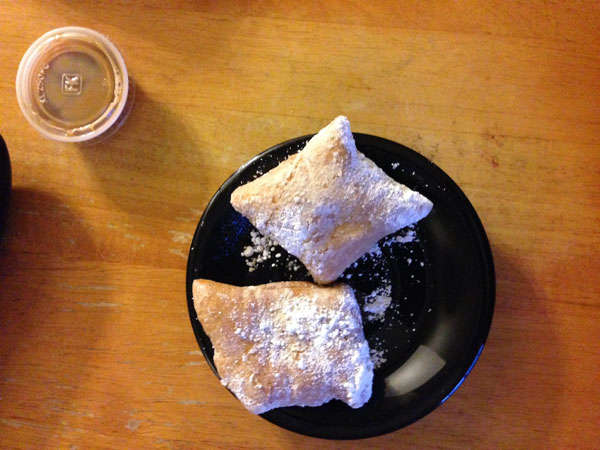 The cupcake war will commence tomorrow if I can actually eat anything.