So the story goes like this… in 1941 a man named John Ehn, who had spent most of his life as a tracker hunting game in the woods, opened a motel in Burbank called “The Old Trapper’s Lodge.”  Thinking he could turn it into a tourist attraction in its own right, he filled it with Old West memorabilia.

For reasons that are lost to time, Ehn decided to add to the collection by having some giant statues of frontier-era people created by local artisan Claude Bell, who had done work at Knott’s Berry Farm and created the giant dinosaurs out at Cabazon near Palm Springs.  But Ehn never let Bell finish the job – instead he took over and then spent the next few decades creating crude statues of pioneer characters and even a cheeky, “Boot Hill” style cemetery.

Ehn died in 1981, the same year that his collection was deemed a California State Historical Landmark.   When the motel was sold in 1985, his statues were relocated to Pierce College where they were set up in a small grove of trees near the horse stables.

The great mystery about them is that no one at Pierce College will say who donated the statues or, more importantly, who takes care of them to this day, nearly 30 years later.  But every now and then someone comes in and spruces up the paint and tends to the paths that lead to the statue garden.

If you ever feel like looking at them yourself, you have to do it when the college grounds are open, so usually a weekday.  Take De Soto Avenue north from the 101 to El Rancho Drive.  You’ll pass the stables on the left and then you’ll see a single row of parking spaces right off the road facing a hill with trees on it.  The statues are in there. 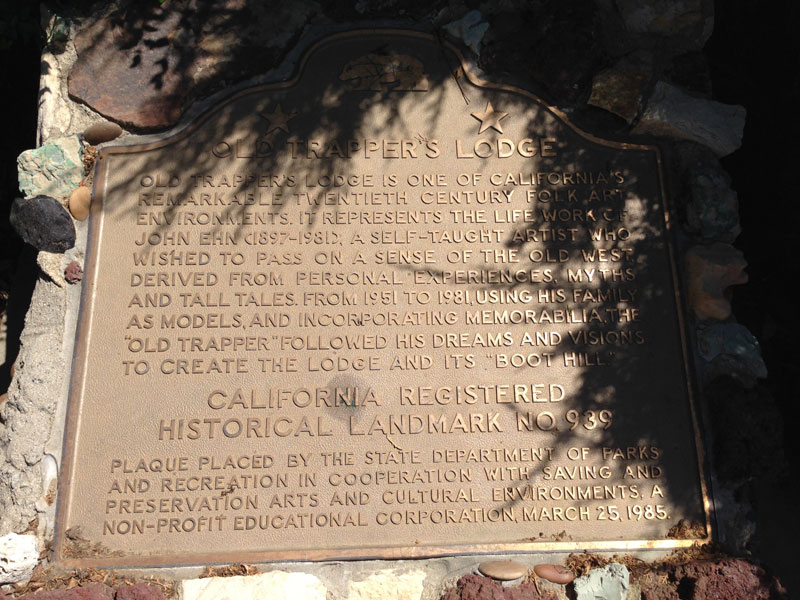 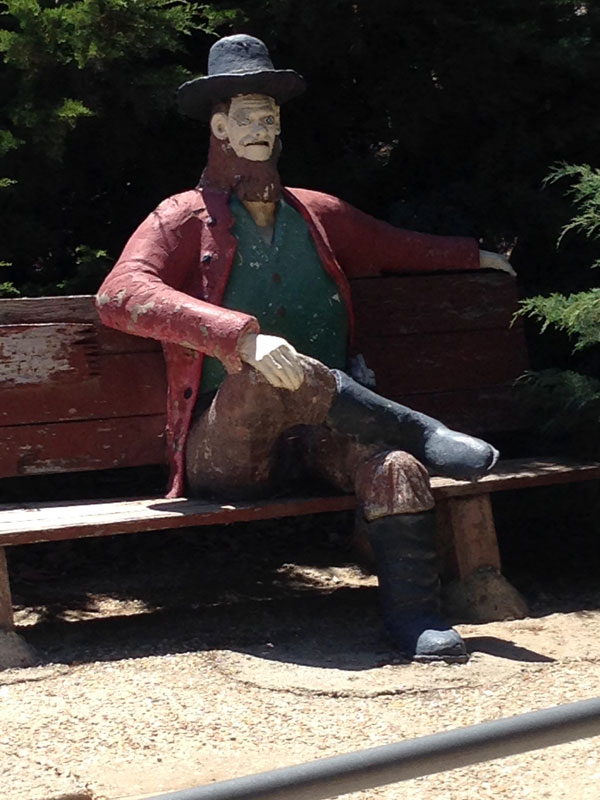 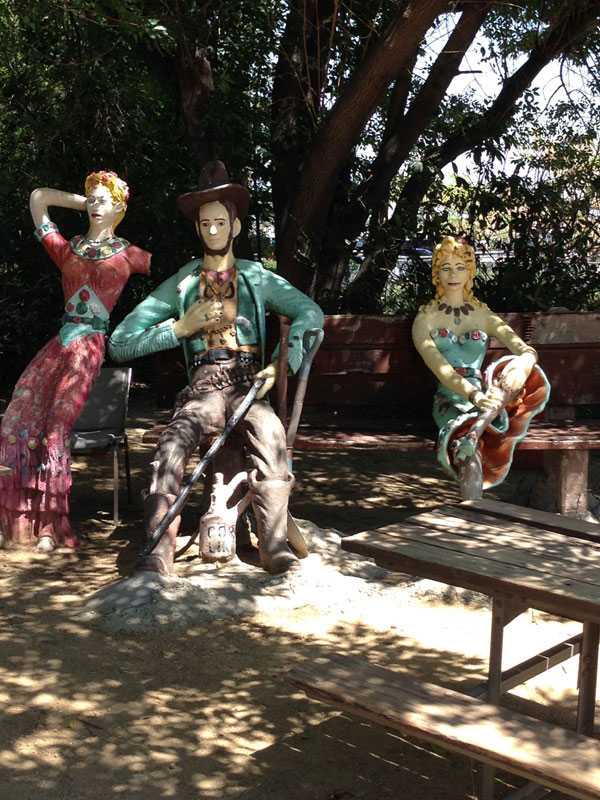 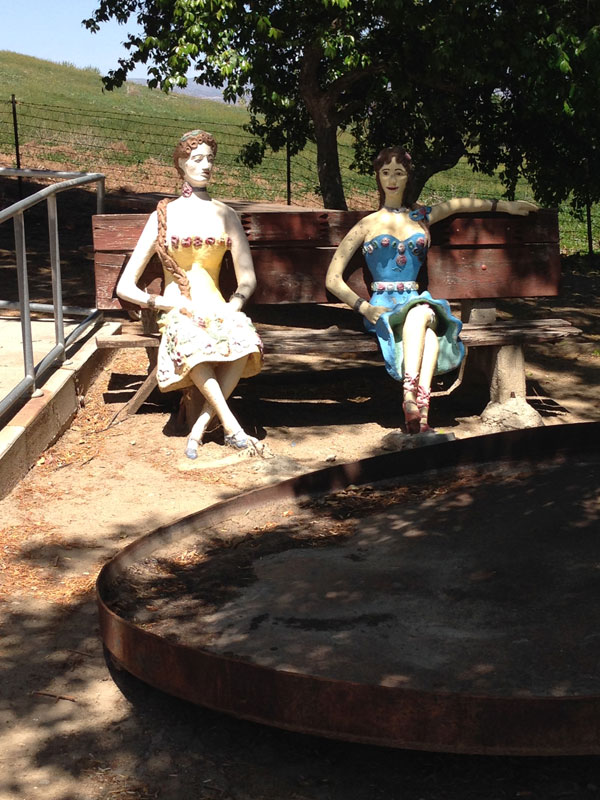 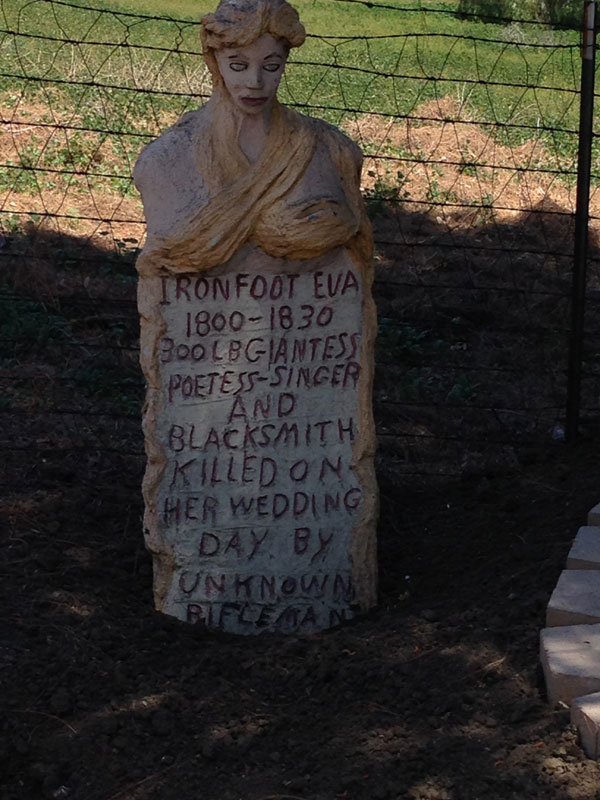 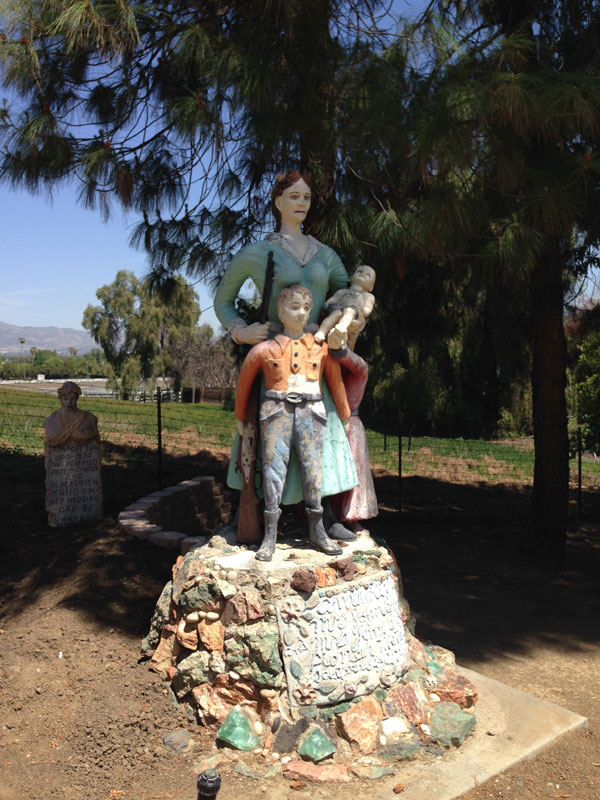 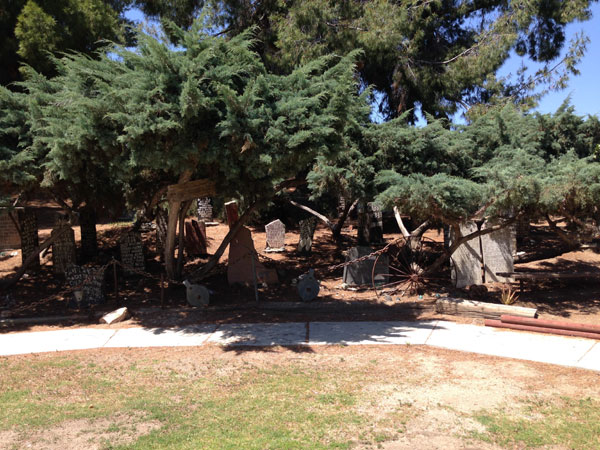 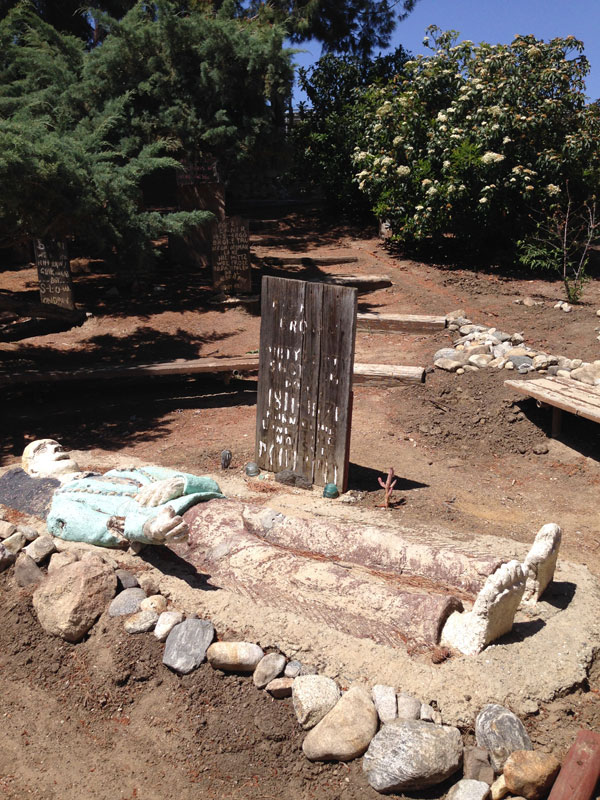 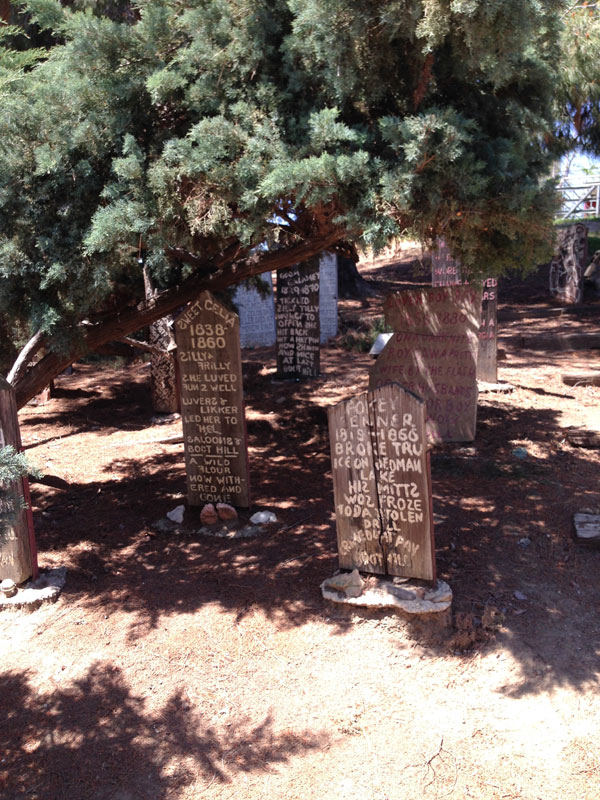 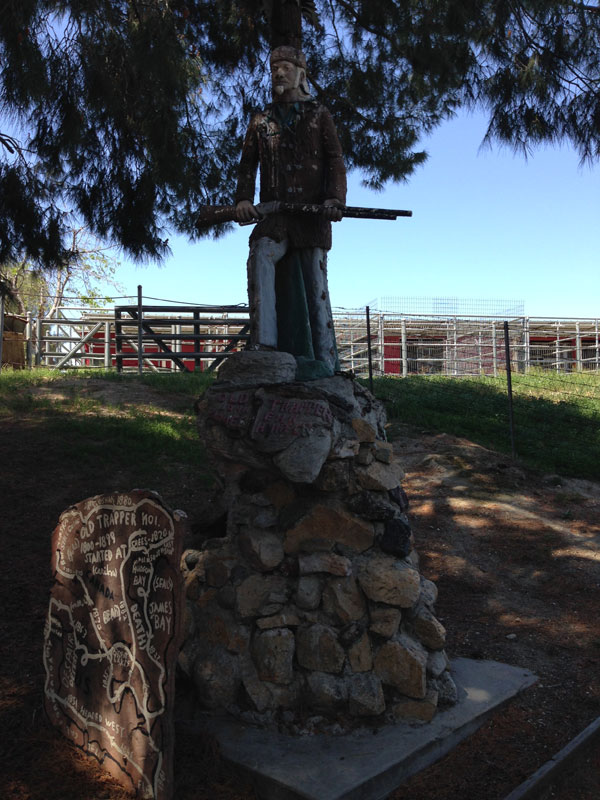 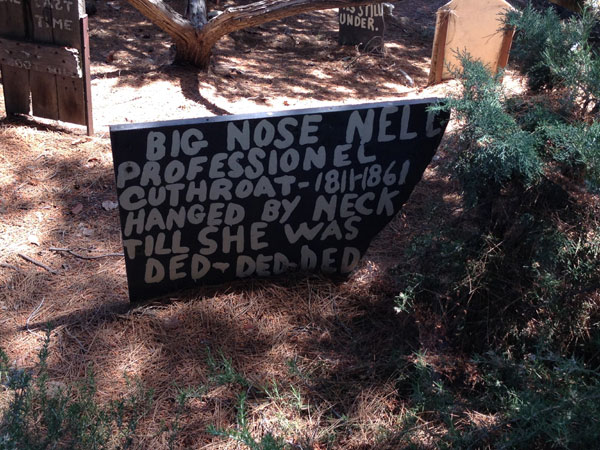 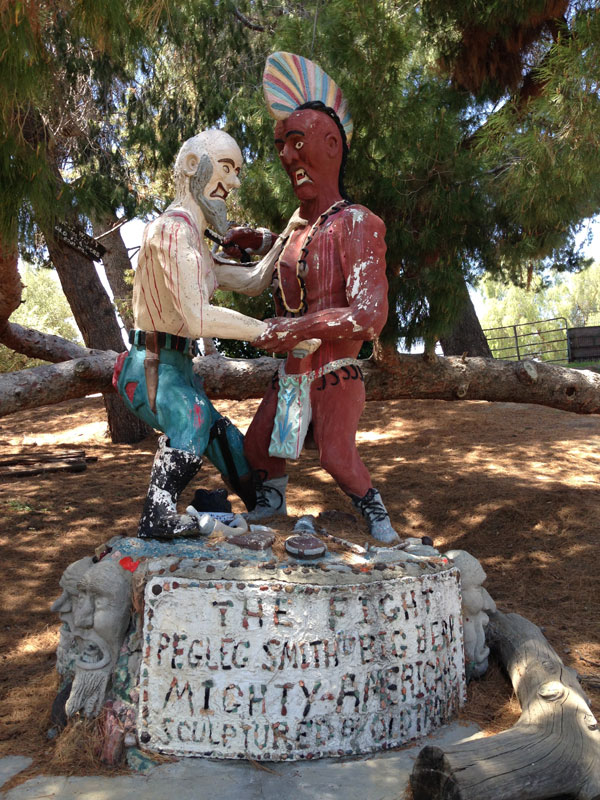 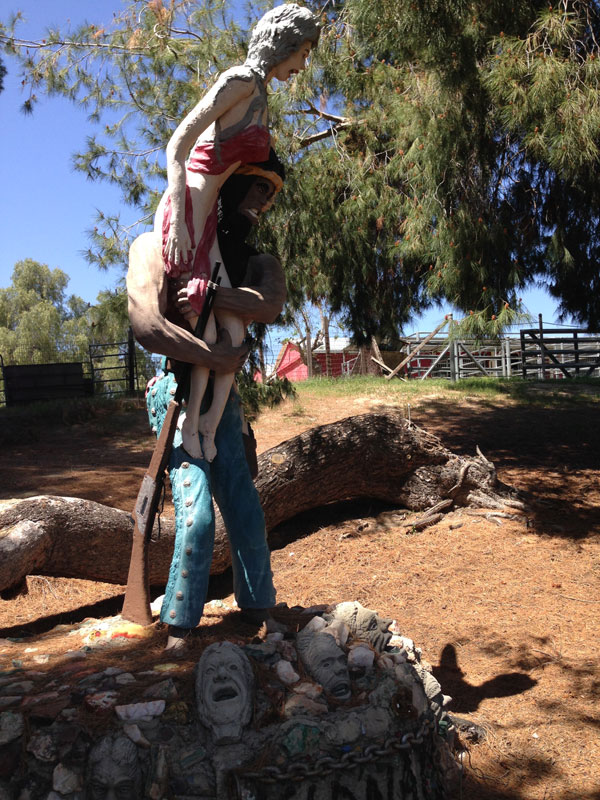