My friend Fred and I occasionally go out and have a cocktail or two.  Or twelve.  Or until there is no more alcohol left in Los Angeles.

Or at least we used to.  We met working in a bar and drinking was a bit of a sport for us and sometimes a game.  There’s the $3 shot, in which you use the serial numbers of of dollar bills to determine which 3 totally random alcohols you will get in one shot glass.  There’s the ring toss game that involves… well, let’s just say it’s vaguely dirty and leave it at that.

When we went out we would drink as if it was the last time we ever would.  There were many all-nighters in which we would span the hours between 2am and 6am when the bars were closed by going to after hours clubs and going outside every 20 minutes or so to pound a beer or shots from the booze we had stashed in the trunk of my car.

But as we have gotten older we have become a bit set in our ways and usually wind up going to the same bars and drinking the same things and it’s usually a lot more tame than the crap we used to drink and we’re usually home long before last call.

So tonight we decided to go to a different bar – one we had never visited before.

We were going to go to a little bar up the street that used to be called The Silver Rail but was purchased, spiffed up, and renamed Studs Lounge.  Yeah, stay classy, North Hollywood.

So we went there but it had a big sign on it saying it was under new management and was now called Los Potrancos, which I now know means a young, male horse… or the kind that you would use to stud for breeding.

How do you say stay classy North Hollywood in Spanish?

Instead we drove down the street to a place called The Other Side, which we’ve both been in before but when it had other names.  It hasn’t changed all that much, but at least it was different.  We had one drink and then went to the place we normally hang out in and we were home by 12:30 watching old episodes of The Golden Girls on DVD. 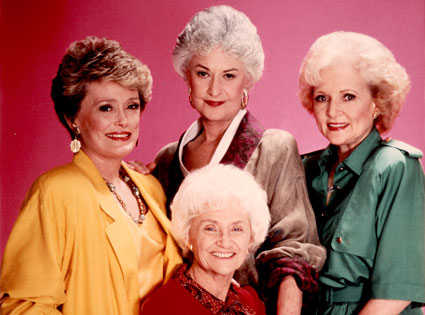