CVS has this big section of “As Seen on TV” products.  I bought this: 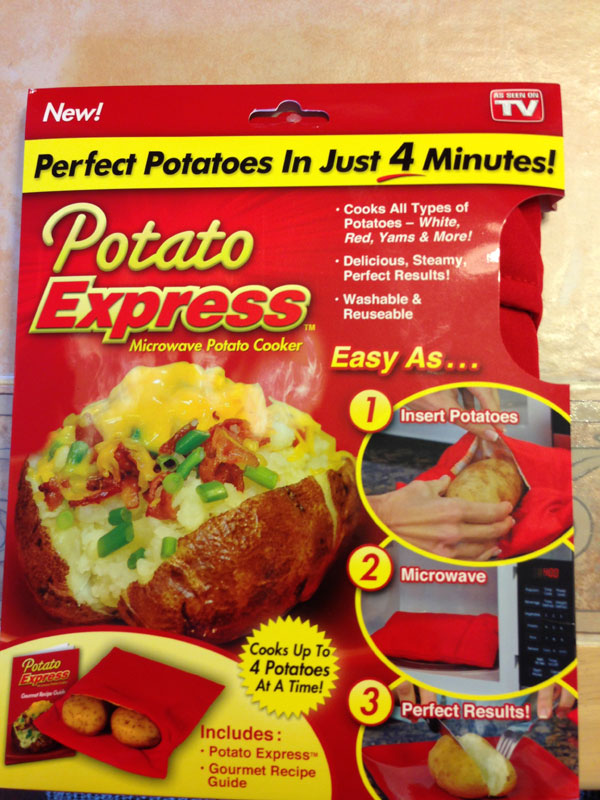 So I open it up and I see this: 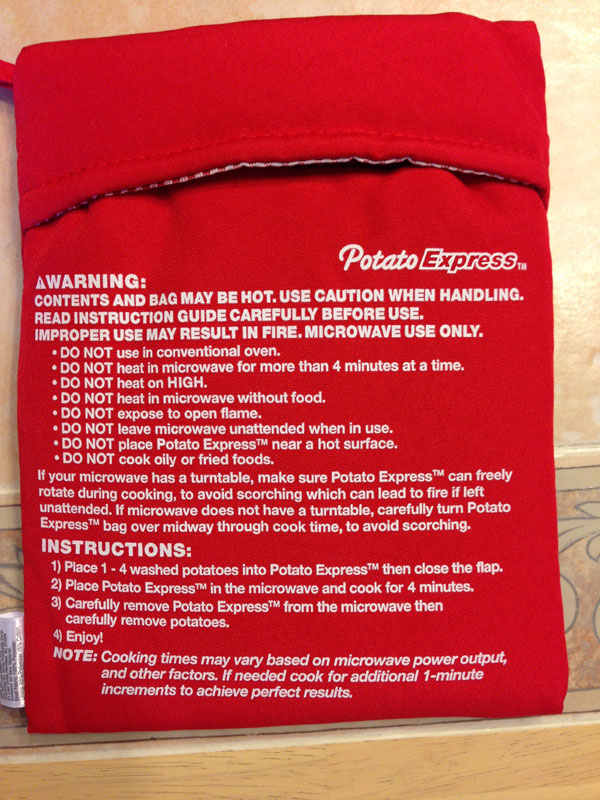 There are more warnings on a printed thing that included:

Bonus points if you remember where that came from.

Anyway, I tried to cook a potato in it but it says DO NOT heat on high but it doesn’t say anywhere what you SHOULD heat it on.  So I did like 70% for 4 minutes and came out with a mostly raw potato.

I threw the bag on the floor, stuck the potato back in the microwave for a few minutes on a plate, and then ate it.

I’m pretty sure during the middle of the night I heard Potato Express laughing at me.