TYOLD Day 12: What the Hell is Rummikub?

At about 8:30pm tonight, I realized that I hadn’t done my “new thing” for the day. I was at my friend Maureen’s house and she very graciously agreed to allow me to wandering around, looking at things until we finally settled up a game that I had never played called Rummikub. It’s a tile game that is sort of based off of the runs and card matching of gin rummy, only there is stealing and wild cards and all sorts other interesting twists. Maureen handed me my ass and that, I thought, was that – my new thing.

But as I sat down to start writing this post, I decided to do a little research and I found out some fascinating stuff about this game I had never heard of.

It was created by a man named Ephraim Hertzano, a Jewish man born in Romania. In 1940 he began developing Rummikub because cards were outlawed under the communist regime and although it has elements of gin rummy it uses tiles like dominoes or mahjong to play. After World War II, Hertzano immigrated to Israel where he started selling the game door-to-door and in small shops.

Eventually he founded Hertzano games company and Rummikub became Israel’s top game export. It arrived in this country in 1964 and in 1977 it was the bestselling game in the United States. It has won multiple international game awards and there’s a world championship tournament held every year. 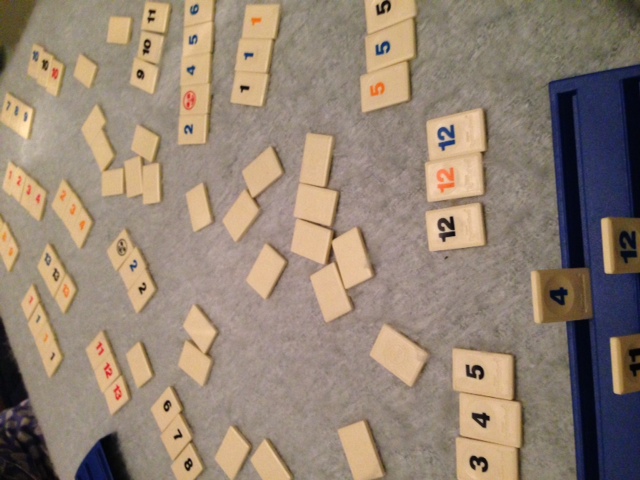