Now that I have finished the Vegas stuff (mostly – still have some things to do for the website), I was finally able to officially start on the movie today.  I had already written character summary, the outline, and the extended treatment (the story of the film in short-story form) but I hadn’t actually started writing the script until today.

I still can’t tell you anything about the movie, but the first few scenes take place in 2004 and I’ve been having fun listening to music from that year to get me in the head space.  Here’s the list of songs I’m using:

And of course a song that I actually refused to play when I was a club DJ in 2004: Milkshake by Kelis.  I HATED this song… in fact, I used to say that it wasn’t a song, it was a collection of noises set to a drum beat.

I hate to say it… but it’s kind of grown on me now. 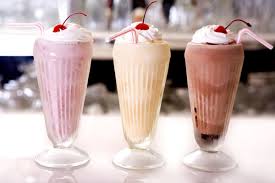