I’ve always wanted to be able to juggle.  So tonight, for my Differently, I decided to learn.

I should have known it would end poorly when the instructional video started by saying, “It’s easy!  All you need is dexterity and patience.”

If I had dexterity and patience, I wouldn’t be single and alone at 10 o’clock on a Thursday night trying to learn how fucking juggle.  But I digress.

Here’s the thing…  I have never been what you might call “athletic.”  I was one of those kids that would close my eyes and recoil in horror when a ball was coming at me in whatever sport I was being forced to play.  I just never understood the point.  You catch a ball and then throw it back?  Why?  If you throw something at me the great likelihood is that it’s going to smack me in the face and leave a mark, but if, by some miracle, I were to actually catch it… I’m not giving it back.! I’m going to take it with me while I go find something to eat.

But I was a pretty good dancer; I actually trained in ballet and jazz a bit when I was in acting school nine billion years ago and I can hold my own on a dance floor today.   Of course dancing rarely involves catching balls.

Go ahead and make your own jokes.

So the video encourages you to start by throwing one ball back and forth.  That didn’t go well and I probably should have accepted my limitations and moved on but I was determined.  Next, unsurprisingly, was the two balls part, and that was even more embarrassing but I managed to do it, kind of, several times in a row, so I figured I was ready for three balls.

Yeah, no.  I get the concept I just can’t get my hands to cooperate with my brain.

Now granted I only worked on it for about 30 minutes but I never even came close to catching three balls.  Total, wretched, abject failure.

But I state this now, with absolute conviction: by the end of The Year of Living Differently, I will be able to juggle three balls.

I hereby officially apologize to my downstairs neighbors. 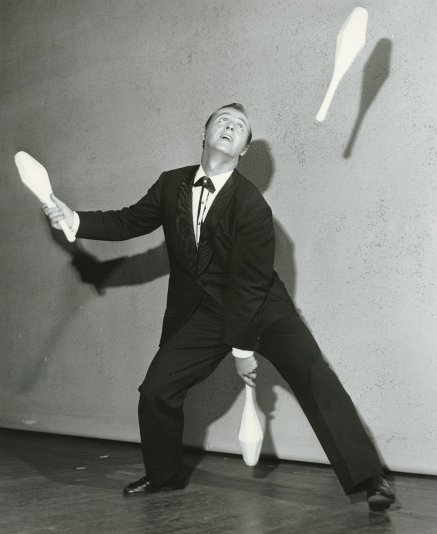