I have played bingo.  I have known many drag queens.  I have never been to Drag Queen Bingo… until tonight. 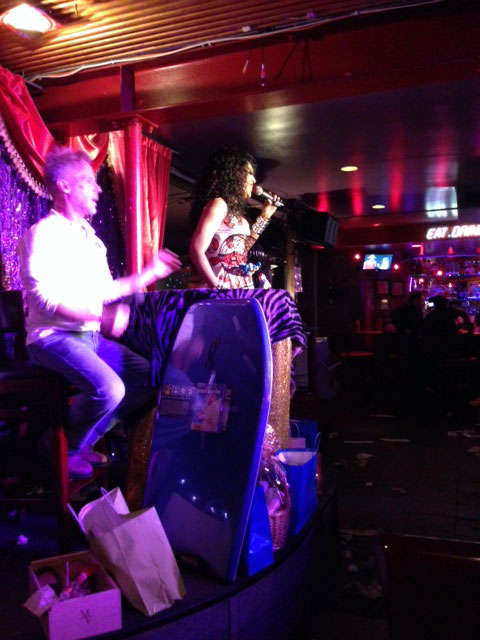 My delightful friend Fred invited me to join him at Hamburger Mary’s in West Hollywood where they do Drag Queen Bingo every Sunday and Wednesday.

Just in you are unfamiliar, Drag Queen Bingo is pretty much just like regular bingo only its hosted by a drag queen (or two or three).  Much blue humor, catty comments, audience participation, and ritual callbacks (“B2 – Bless You!”) follow.  It’s like a midnight showing of “Rocky Horror Picture Show” only with bingo instead of “The Time Warp.”

It’s for charity so extra bonus points and they give away some pretty good prizes (lots of booze, some gift cards, and the like).  Continuing in the same vein as my horse racing and lottery ticket Differentlies, I didn’t win jack.

One of these days I’m going to go to the Pride Family Bingo in Las Vegas, where drag queens take over a ballroom at Circus Circus.  Now that’s what I call Sin City.