TYOLD Day 5: A Horse is a Horse of Course, Of Course

Don’t get me wrong, I have won money as well. This last week when I was in Las Vegas was particularly profitable. But usually I come out of the casino at least a little less money than I went in with.

But the one thing I have never gambled on is horses There are no horse racing tracks in Las Vegas and while you can wager on horse races in other places from a Las Vegas casino, it’s just not something I have ever done before.

Well, thanks to the lovely, talented, and creative Maureen Bergmueller, now I have. 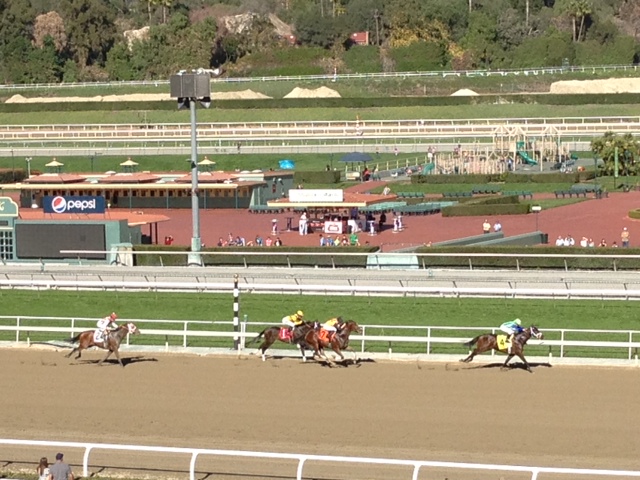 Maureen invited me to join her at Santa Anita Park today and we spent the day in a box, watching the horses, drinking, eating, laughing, being slightly horrified by the people sitting in front of us (there was excessive plastic surgery and borderline child abuse going on, but that’s all a story for another time), and yes, wagering on the ponies.

Santa Anita Park, for the record, is beautiful; fantastic art deco with a sense of glam old Hollywood that practically oozes history. I looked it up and found some interesting tidbits: it opened on Christmas Day in 1934 and was designed by the same architect who was working on the Hoover Dam at the time; it was the place where Seabiscuit raced his last race in 1940 (he won!); over the years it counted people like Bing Crosby and Al Jolson as shareholders; during World War II, it was closed and was used as both a military staging ground and as an internment camp for Japanese Americans with more than 17,000 people living in the stables.

Also, for the record, I apparently suck at picking horses. I guess basing my choices on their names and the colors their jockeys are wearing is probably not the best strategy, but I’m sure there have been worse ways of doing it. Out of nine races I picked exactly zero winners. Most of the time my horses came in last or close to it, thereby allowing me to embrace a phrase I recently heard Penn Jillette (of Penn & Teller) utter: either win or lose spectacularly.

Maureen picked one winner and walked away with $7 for her $2 bet. I was very jealous, but I’m sure I could kick her ass at a Las Vegas casino.

Thank you to Maureen for giving me today’s new thing. 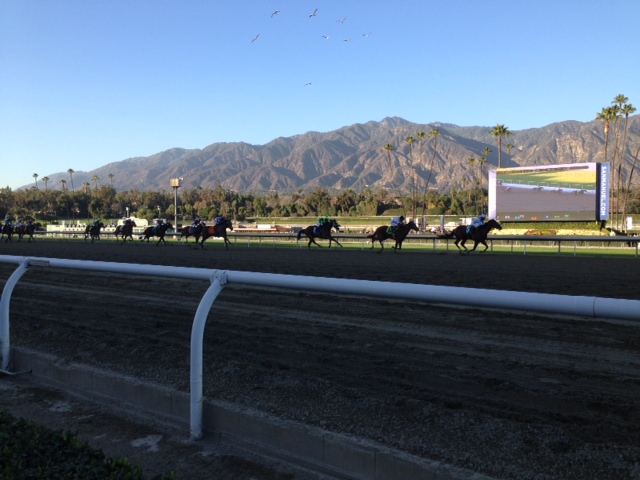 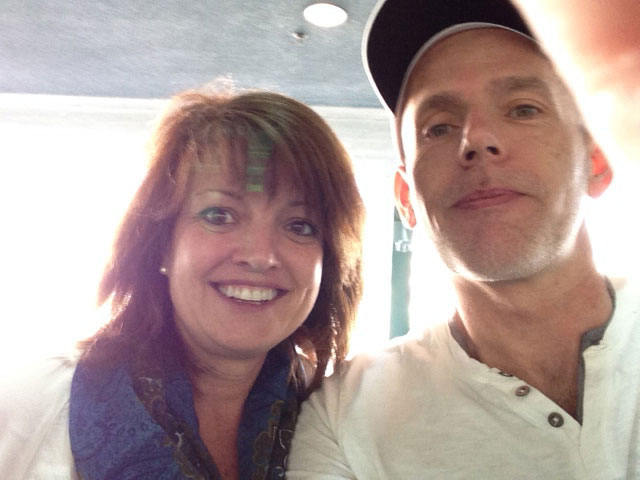