Because of my different oncologist, I had to get my PET scan in a new place today – the Roy and Patricia Disney Family Cancer Center in Burbank.  It’s significantly nicer than the place in Glendale I had been going to, which had the Liberace lobby and was located in a strip mall.

But it had a certain charm and a really hot guy technician so I have to say I kind of missed it.

The Disney Cancer Center is where my oncologist, Dr. Kangaroo, is located also so I’m not new to the building but new to the radiology and nuclear medicine department in it.  Everything there is all very well maintained and relatively new and the people are nice and it’s all very Zen.  They had a big screen TV in the waiting room showing video of various waterfalls.

When I was at the doctor the other day for the shingles saga, the TV was showing The Price is Right.  If you can’t figure out which one I preferred, you don’t know me at all.

The technician, who I’ll call Phillip (because that’s his real name and I’m too stoned on painkillers to come up with something funny to replace it with), walked me through everything as if I’d never done it before even though I explained that I had, but I appreciated it anyway.

He checked my glucose – apparently if it’s too high it’ll screw up the scan – then injected me with the radioactive isotope.  It’s very cold when it goes in, which I’ve always thought was strange.  You think nuclear and you think hot.  Whatever.

I was quite loopy by this point because I had taken both a Percoset and a nerve blocker pill before walking in; the shingles are causing a great deal of pain and I was worried about lying in the tube for that long unable to move.  So after the injection comes the quiet time in a recliner while the isotope works its way through your body.  Unlike the Glendale facility where they tell you not to do anything – no moving, no reading, no Angry Birds, no email, etc. – here they said I could listen to music or read the magazines on the table.  I fell asleep instead.

An hour or so later Phillip took me in to the scan room.  The machine here is different.  In Glendale it was basically like two big donuts, each one several feet thick.  Here is was more like one big cannoli.  I got into a gown, laid down, and put my arms in the pillowcase I had brought.  This was a trick I learned at the Glendale facility.  Since you have to lay there with your arms above your head for an hour, putting them in a pillowcase reduces the pressure and allows you to relax your arms more.  It’s not exactly comfortable but a lot less uncomfortable than trying to hold them there.  Phillip was impressed.

I promptly fell asleep again and about 45 minutes later the scan was done and I was on my way home.

I’m pretty sure now that the combination of meds I’m on for the shingles (antiretrovirals, steroids, three different types of painkillers) and all the meds I take for everything else that’s wrong with me combined with the radiation is going to give me some sort of villainous super power.

Of course with my luck it’ll be something lame and totally useless.  Like I’ll be able to turn liquids into solids with the touch of my hand but it will only work on a few things like split pea soup and certain puddings. 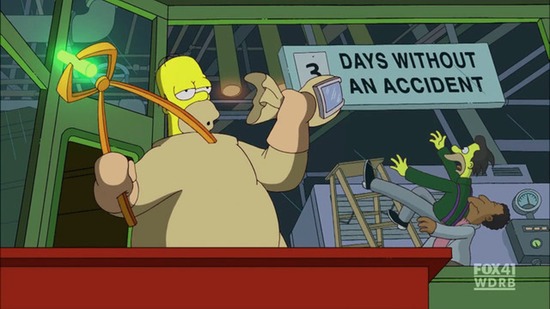