Before I get to the totally random, totally silly Differently, I just wanted to mention that I followed up on the wildly random, wildly coincidental incident in the bathroom in Las Vegas and scheduled an appointment today with Dr. Wile E. Coyote.  It’s next Monday.  I’ll let you know.

Now… I was watching “How I Met Your Mother” and there was a moment in when a person remarked about knowing all of these arcane details about mostly meaningless stuff and then she said: “Imagine all the room I’d have in my brain for stuff if I didn’t know that.  Like state birds or something.”

I feel like that often.  So I went to look up the state bird of California:

These birds have a curving crest or plume, made of six feathers, that droops forward: black in males and brown for females; the flanks are brown with white streaks. Males have a dark brown cap and a black face with a brown back, a grey-blue chest and a light brown belly. Females and immature birds are mainly grey-brown with a light-colored belly. Their closest relative is Gambel’s Quail which has a more southerly distribution and, a longer crest (2.5 in (6.4 cm)), a brighter head and a scalier appearance. The two species separated about 1–2 million years ago, during the Late Pliocene or Early Pleistocene. 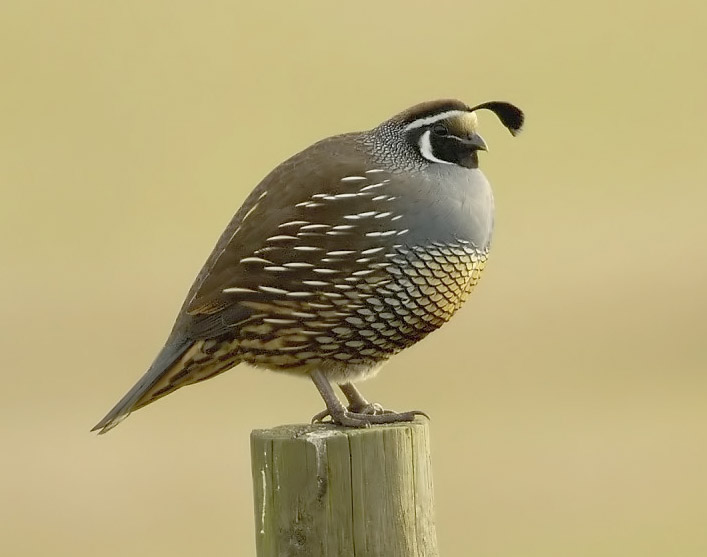