I let my inner geek fly high tonight with my first ever visit to a PaleyFest panel – this one for one of my all time favorite shows, Veronica Mars!

For those who don’t know, PaleyFest is an annual event put on by the Paley Center for Media where they bring together the casts and producers of various televisions shows for a panel discussion in front of a live audience.  This year they are doing more than a dozen shows including Mad Men, Pretty Little Liars, Veep, Community, The Mindy Project, Sleep Hollow, Orange is the New Black, Marvel’s Agents of SHIELD, and Mad Men.

So the Veronica Mars panel had producer Rob Thomas and stars Kristen Bell, Jason Dohring, Enrico Colantoni, Chris Lowell, Ryan Hansen, Percy Daggs, Francis Capra, and Tina Majorino.  We got to see the very funny and at times touching documentary all about the Kickstarter campaign that funded the new Veronica Mars movie (out tomorrow!) an then the cast talked about making the film and the show.

The most refreshing thing about it was that these are people that seem genuinely humbled by and extraordinarily grateful about the fact that 91,000 people donated nearly $6 million to give them a chance to bring back characters that they loved anyway.  The documentary had this really great part in where some fans found out about a filming location and showed up in the middle of the night, so most of the cast went out to talk to them, sign autographs, and pose for pictures.  Another scene shows cast members bringing donuts to people standing in line to get tickets to a panel discussion at Comic-Con.  It’s cool that they aren’t taking anything for granted.

I have blocked out a couple of hours this weekend to see the movie so if you call, text, email, or drive by and I don’t respond now you know why. 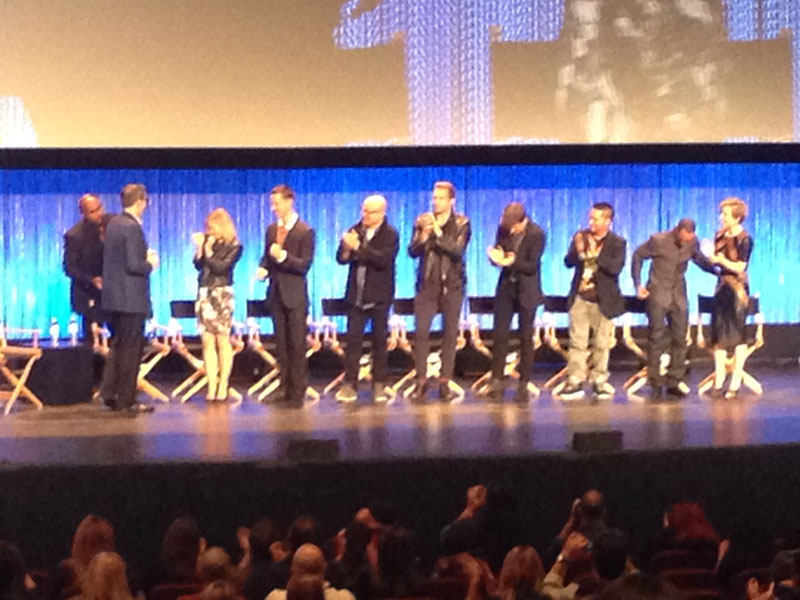