As I left the Veronica Mars panel at PaleyFest last night, I noticed a nail in my tire.  This sucks on a great number of levels, not the least of which is the fact that I am entirely incapable of changing a tire anymore.  I know how to do it, but I have free roadside assistance so really, why?

But in that moment, at nearly 11 at night, the tire seemed fine despite the presence of the aforementioned nail.  It hadn’t lost any air and so I shrugged and said, “life is too short to wait in the bowels of the Hollywood and Highland parking garage waiting for a service call to change a tire that isn’t actually flat.”  So I drove home.  Stupid, I know, but I did it anyway.  And the tire didn’t explode while I was driving 70 miles per hour on the freeway so ha, ha, I cheat death once again.

So this morning I get up at the ass crack of dawn to go get the tire fixed and still be able to make it into work at a decent time.

Place #1 couldn’t do anything for me because I have these kind of ridiculous massive rims on my trying-to-be-sporty SUV-but-really-just-a-blinged-out-mom-van and they didn’t have a machine that could handle them.

Place #2 looked at it and said, “oh you’re going to have replace the tire.”  I came very close to saying “30 years ago I worked at the Montgomery Ward Auto Center selling tires and I know that this can be repaired, bitch.”  But he was bigger than me so instead I said, “um, nuh-uh” and then I ran.

Place #3 was the Ford dealer, which is a pretty ridiculous place to take a vehicle with a nail in the tire (still not flat by the way despite sitting all night and driving around to multiple tire places), but they said sure, that’ll be $25 (as opposed to the $450 that a new tire costs) and we’ll get right on that.

An HOUR later, which was of course about two hours after all of this started, I’m finally read to go to work… well… “ready” is probably the wrong word but at the very least I no longer had a valid excuse not to anymore… and I look at the Sigalert and Waze apps and the car’s navigation and all of the above basically show 15 miles of nothing but red on the 101.  Just in case you happen to live in an area that doesn’t have mind numbing traffic and/or don’t have a grasp of the obvious, red is bad.

Unable to deal after my tiring morning (see what I did there?), I said fuck it and decided to take surface streets all the way to work today.  I have taken surface streets all they way home before, but never all the way to work in the morning.  Magnolia to Sepulveda to Burbank to Ventura to Canoga and voila, 30 minutes later I’m at work.  I’m pretty sure the freeway would’ve taken me at least 45.  I may have to try this more often, but I also think I kind of lucked out with lights and stuff so who knows.

But as I am driving this morning I was able to notice things other than the sound barrier walls and other cars doing 10 miles an hour around me and so I made mental notes of places I saw along the way that looked interesting that I want to check out.

For instance there is a place on Magnolia called Harvest Moon Kitchen Marketplace.  It looked interesting so later I looked it up and they have a really intriguing, farm-to-table style menu, cooking classes, a gourmet market, and more.  I totally want to go there now and I never would’ve seen it if it hadn’t been for the stupid nail in my tire, so you know… it all works out in the end. 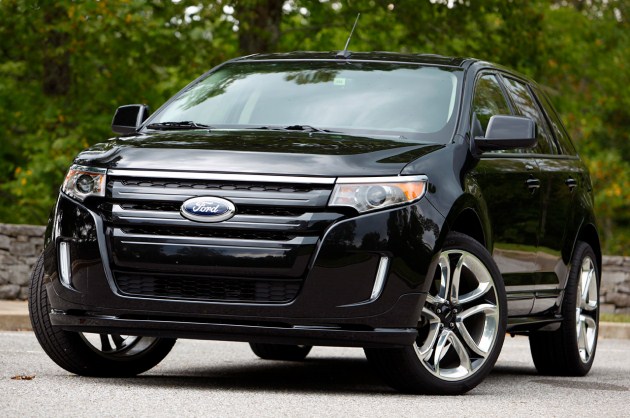