If you decided to look for it, there was a theme to my Differentlies tonight.

First, my friend Maureen and I went to eat at Gordon Ramsay’s restaurant at The London Hotel in West Hollywood.  You know Gordon Ramsay, he’s that really angry guy that yells a lot at people in kitchens for reasons that have always escaped me.

Not bad, not great.  Maureen and I both agreed that at first glance the room was kinda cool, with a retro, shabby chic kind of effect.  But then we looked closer and decided it was just kind of shabby.  The furnishings were unacceptably worn, especially for a restaurant that charges these kinds of prices.  Now, luckily for us, Maureen had a gift certificate so it didn’t wind up costing us that much, but in the end between the two of us with two appetizers, two entrees, and two drinks apiece, plus tax, it was $175 – before tip.  If I’m paying that much I don’t want ratty furniture, sorry.

Maureen had the salmon and declared it quite tasty and I had a steak, which was good but not mind blowing.  Steak is tough – it has to be really amazing, either with a great rub or a great wood to cook it over, to serve it without accompaniment like a sauce or a topping, and this one wasn’t amazing.

Then it was off to the Saban Theater (another 1st for me) to see comedian Lewis Black.  He’s one of my favorite stand-ups but I have never seen him in person.  If you don’t know who he is, go YouTube him – there’s about a billion videos, including the full length versions of many of his comedy specials.  But the short version is that he’s angry… at everything… in a really funny way and totally justifiably and probably about stuff that you’re angry about also, but yeah, he’s angry.  Laughed my ass off.  Needed it.   I’m kinda angry also. 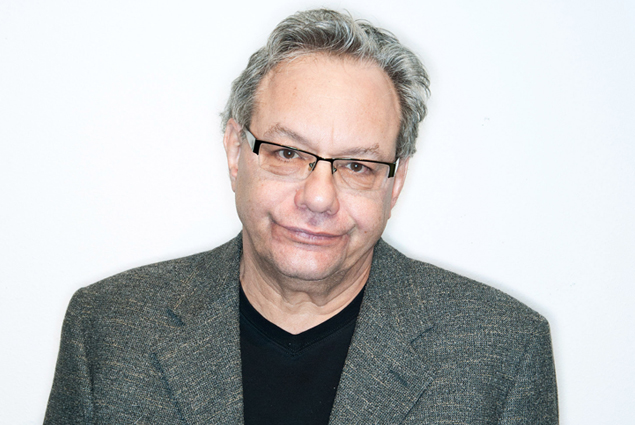