Today it was back to PaleyFest for another one of my favorite TV shows of all time, Lost, which is celebrating the 10th anniversary of it’s debut this year.

It started with a screening of an episode, Exodus Part 1, from the end of the first season. It was a great reminder of how when this show as at its best it was a pretty freakin’ awesome show. This one had it all – intrigue, mystery, and, most importantly, genuine human emotion. There’s a scene where Sawyer tells Jack about his encounter with Jack’s father at a bar that is heart rending. After it was over, I turned to my friend Maureen and said, “Well, I know what I’m doing this summer.” Rewatching the entire series of Lost? Yes, thank you.

Everyone was engaged and entertaining and, for the most part, exactly who you would expect them to be. Josh Holloway and Iam Somerhalder were kind of cocky hooligans (but in a fun way) and Jorge Garcia was really funny.

Of course the big revelation that got widely reported on was when the creators said that their intention with the much maligned finale was not to suggest that they had been dead the entire time – they were alive on the island and the stuff actually happened to them; they died later and reunited.

Sorry, should I have said spoiler alert? It’s been three years people, get over it.

I don’t know… I think Lost was the type of show where you got to intepret things the way you wanted to intepret them regardless of how they were intended. I prefer the intepretation that they all died in the plane crash and the events on and off the island were intending to show these character’s journeys toward getting over all the truly shitty stuff that happened to them in their lives. Not exactly purgatory, but a journey of accepting who they were and how they fit into the world.

Of course when I re-watch it this summer I might change my mind, but for now that’s my story and I’m sticking with it. 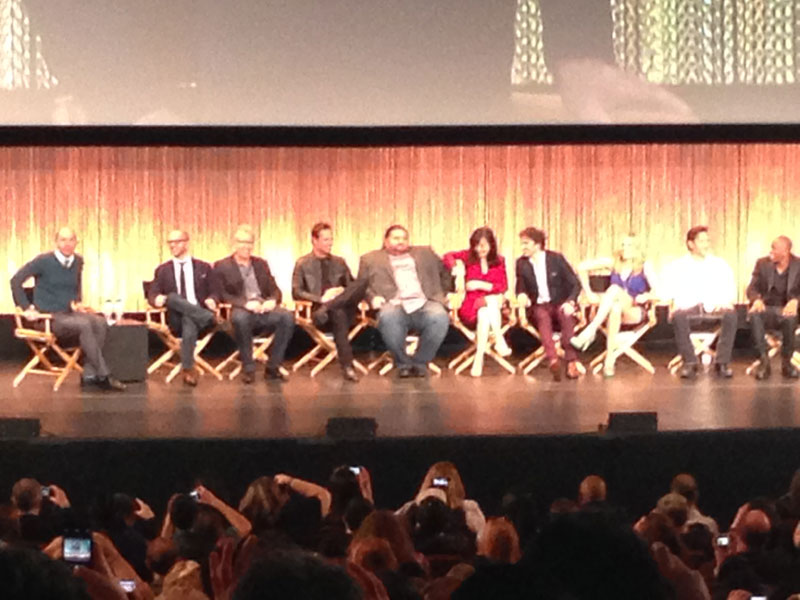