Another tremendously fun evening at the PaleyFest, this time for “Parks & Recreation,” which is by far my favorite comedy on TV right now.

We got to watch this week’s episode, which is typically terrific.  Best line: “5 second rule!”  Trust me.

Then the panel with creator Michael Schur and the cast including Amy Poehler, Adam Scott, Nick Offerman, Chris Pratt, Aubrey Plaza, Jim O’Heir, Retta, Ben Schwartz, and Billy Eichner.  The moderator was Patton Oswald, who was also fantastic.  This was absolutely the most entertaining panel so far, which shouldn’t be surprising considering these people are all such smart comedians.

Amy Poehler was genuine and funny (and a little drunk by the end of it, I think), Retta was a freakin’ riot, Chris Pratt is looking kinda hot these days, and there was a stoner geek in the audience that got to ask a question and basically all he did was stand there and freak out, to the point that the cast gave HIM a standing ovation.

Afterwards, a margarita and Mexican food at Cabo Wabo Cantina with my friend Maureen.

Earthquakes be damned – I love that I get to live in LA and have these kinds of evenings. 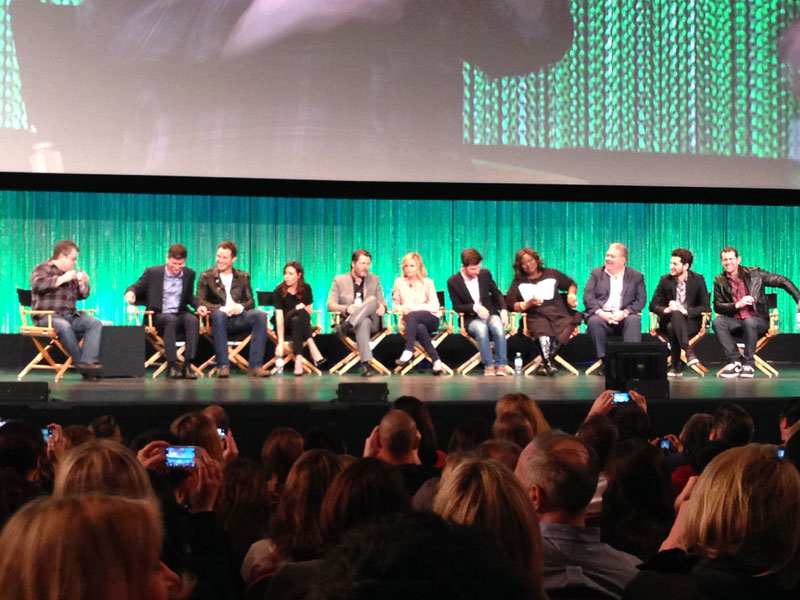