TYOLD Day 80: Everywhere I Have Ever Worked

I was talking to someone the other day and they were saying that in their life they have only had a few jobs.  I, on the other hand, have had about a billion.  Okay, that’s an exaggeration but I have had a lot of jobs.  So today, for the first time, I am documenting everywhere I have ever worked.  You may want to sit down for this.

My first “job” was delivering the Penny Saver in Cedar Rapids, Iowa when I was probably 12 or 13.  I hated it.  I got stung by wasps during the summer and had to trudge through cold and snow in winter.  I remember coming home crying one freezing evening and pretty much said I’m never doing this again and that was that.

My first real job was at Domino’s Pizza in 1984 in Ames, Iowa (home of Iowa State University where I went for one year).  This was a lot like delivering the Penny Saver only I had a car, but everything else was just as miserable.  I got a speeding ticket, got into an accident (slid backwards in the ice into a USPS mailbox that was bolted into concrete and broke my seat), and had to deliver pizzas on days when it was so cold that they shut down the school for the first time in like 50 years or something like that.

When I moved to California in 1985, my first job out here was selling tires and batteries at the Montgomery Ward auto center.  I was lousy at it because the only way you could make money was to sell things that were more expensive and usually completely unnecessary to people, like heavy duty batteries to little old ladies driving Toyota Corollas.  I just couldn’t do it.  But they liked me anyway so they wound up giving me the night manager position, which was ridiculous because I didn’t know jack about cars other than how to drive them.  So people would come to pick up their vehicles at the end of the day and I’d have to make up stuff to try to sound like I knew what I was talking about.  “We had to replace the rear jetson and the internal cable system, but it’s working great now.”  The fact that nobody ever called me on it probably said a lot about the people who brought their cars to the Montgomery Ward Auto Center.  The most memorably experience I had here was when one of the mechanics was going to work on a beautiful 1960s Thunderbird and didn’t put it on the lift properly – it fell off.  And I’m the one who had to tell the guy.  He took it remarkably well.

During this time I also got a part-time job working at an Avis agency at the Van Nuys airport.  My main job at first was to shuttle the cars back and forth to the car wash and just generally make sure they were ready for rental.   Best story… We had a semi-regular customer who was considering buying a Pontiac Grand Am GT and so we put in a request to get one.  After months it finally showed up and it was brand new – like 30 miles on the odometer and it still had plastic on the seats.  I drove it up to the car wash and wound up driving it into the back of a truck that was stopped on a curve.  It had one of those hydraulic lift gates down and it sliced the engine of the Pontiac in two like it was butter.  Totalled the car.  The company took it remarkably well.

We moved our agency to another building that had the space for us to wash cars ourselves so that became my job but I also started doing the rentals on evenings and weekends.  In 1987 I got offered my very own Avis agency in Arcadia – I was only 21 and was one of the youngest people ever to get my own.

It was a fairly miserable experience also.  The building that had been there was knocked down in the Whittier-Narrows earthquake and the agency was operating out of a temporary trailer with a port-a-potty as a bathroom.  The naive 21 year old was the only one stupid enough to take it.  But I did well at it for about a year, working pretty much 7-days a week, 12 hours a day.  I wound up pissing off some of the powers that be (long story) and eventually they made things so miserable for me that I had to quit.

That’s when I transitioned to the entertainment industry or something adjacent to it.  In early 1988 I got a job as a receptionist at a small talent agency in Hollywood.  It was bat-shit crazy town with these two sisters who ran it – blond Norwegian women of an indiscernible age because they had so much plastic surgery they barely looked human anymore.  That lasted three months until I “you can fire me I quit”-ted because I called Marty Ingalls an asshole and hung up on him.  That’s another long story.

I then got a job in the mailroom at a bigger talent agency , ICM.  My desk was located in an alcove right next to the back door where all the big celebrities would go in and out so I saw all the stars of the era from Arnold to Sly to Michele Pfieffer and beyond.  They completely ignored me, of course, even when they stopped to get a drink out of the water fountain that was literally 3 feet from my desk.  Whatever. This is where I met Mary, so despite that being a fairly unpleasant job, generally speaking, it was all good in the end.

It was also right around here sometime that I started working as a bouncer at Micky’s, one of the big gay bars in West Hollywood.  I have LOTS of stories about that but this is already getting long and we’re only up to 1989.  But just to close out this particular loop, over the next dozen years or so, I worked as a bouncer, a bartender, and as a DJ in at least five different bars that I can think of off the top of my head – there may have been more, but they were the aforementioned Micky’s, Encounters in Pasadena, Encounters in North Hollywood, The Apache in Studio City, and Rafters in West Hollywood.

Back in the day job world, I left ICM in late 1989 or early 1990 to go work for The Colony Theater, a local 99-seat playhouse, as their administrative director (which was really a glorified title for office drone).  This was the place that inspired me to start writing and eventually did two of my plays, “17 Days” and “Mountains.”

In 1991 I went to go work for Crossroads School, a rich kids arts-focused private school in Santa Monica that the kids of people like Goldie Hawn, Bette Midler, and Tracey Ullman among many others.  That was an absolutely awful job because I had a boss that as absolutely certifiably insane and she took out her insanity on me.  Wow, do I have stories about this one.  Later.

1992 I left there to go work on post-production for a movie that no one ever saw.  It was called “Back in the USSR” and it starred Frank Whaley and Roman Polanski (as an actor, not a director).  It was awful and was only released in one theater in San Francisco and then went straight to DVD.  I basically answered phones in the production office while they were editing, scoring, etc.  I got my name in the credits.

After that I got a job working at KCET, the local PBS affiliate, first running the small store and then later managing the call center where people would phone in to order video cassettes or transcripts, which seems so quaint now.

1994 I got a job working at a company called NATPE-Net, which did broadcast faxing.  This was before the interwebs and the best way to communicate to multiple people or businesses was to send out faxes.  Our clients were primarily TV distributors who had daytime shows like Sally Jesse or Jerry Springer who needed to tell all of the TV stations that carried the shows what the next episode coming via satellite was.

I left there in a bit of a huff in 1997 and spent the next 18 months adrift basically.  I pretty much just temped in a bunch of places.  I remember being at Warner Bros. Records for awhile and at Universal Pictures mainly doing general office work.  I did take a job briefly as an assistant to Jimmy Doolittle, who was a big-time theater producer/owner here in LA.  He was very old at the time and a bit batty and I made it about a week until he told me that he liked me so much that he was going to let me be the one to do his daily “blood stick” to check his sugar levels for diabetes.  I said, um… no.

It was in here that I started my Vegas stuff, first writing the Frommer’s travel guide with Mary in 1997 and then the Complete Idiot’s Guide in 1998 and launching the Vegas4Visitors.com website.  Still doing that 16 years later.

I finally landed at a small production company in Studio City out of desperation and then two weeks later got the offer to go work at Maverick, Madonna’s record label.  Boring office job in a windowless room vs. working for Madonna.  hmmmmm….

Of course that was another horrific experience.  I’ll tell you all those stories some day but one involves someone throwing an American Music Award at my head and the other involves me dancing on a chair with Madonna at the office Christmas party.  Oy.

I left there to go work for a small Internet start-up called iWin.  We did games and prizes.  They got bought by Uproar.com, a similarly themed website and we ran both. Then that got bought by Flipside.com, which had two website that did the same basic thing.  We ran all four.  Then that got bought by Vivendi Universal and then they basically went bankrupt and sold a bunch of stuff including us to Jackpot.com, which pretty much stripped the thing for parts and laid off everyone.  During that time I started as a production coordinator and then eventually worked my way up to the Director of Production.

After being laid off there in 2003, I temped some more and then I went to go work a temp job at Disney as a producer for the Internet group.  That turned into a full-time position, which I had until late 2006.

I left there to go worth for Yahoo! in their games division as a senior product manager and then got laid off at the end of 2007.

Luckily, Disney wanted me back to I returned to the House of Mouse and stayed there for almost 5 years until I got laid off again.  Working in the Internet world means you get laid off from time to time.  It’s just part of the package.

I was unemployed for about a year until I got hired at Viking Cruises in 2012.  I’m still there.

Who knows what will be next… 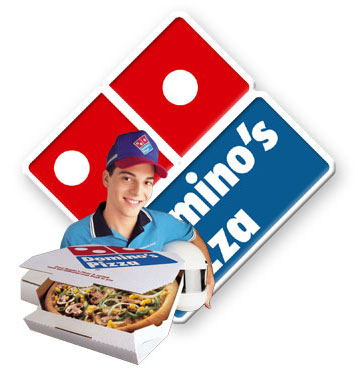