Took a little drive today to the Los Feliz area of LA, about 10 miles from where I live to get a picture of a building that factored heavily into not one, but two of my all-time favorite TV shows.

The most obvious is Melrose Place, of course, that 1990s camp fest that enshrined Heather Locklear as the best bitch on TV and Marcia Cross as the bat-shit craziest wackadoodle to ever grace the small screen.  Is there any better scene, maybe ever in the history of television, when Sidney and Michael finally hook up at the beach house and the camera pulls back, pulls back, pulls back onto the beach, across the beach, pulls back… and KIMBERLY IS ALIVE!!!!

The other show was Buffy the Vampire Slayer, which is probably my favorite show ever.  Starting in the 3rd season, they used this same building as the exterior for where Giles, Buffy’s watcher, lived.

Now of course the building isn’t on Melrose Place or in Sunnydale for that matter. There is a Melrose Place in Los Angeles but it’s only about four blocks long and is lined with high-end designer furniture and accessories stores.   And just in case you weren’t aware, the interiors were not shot here including the courtyard with the pool.  All of that was built on a Hollywood soundstage

This building is on Greenwood Place, near the intersection of Los Feliz and Vermont, just down the hill from the Greek Theatre. 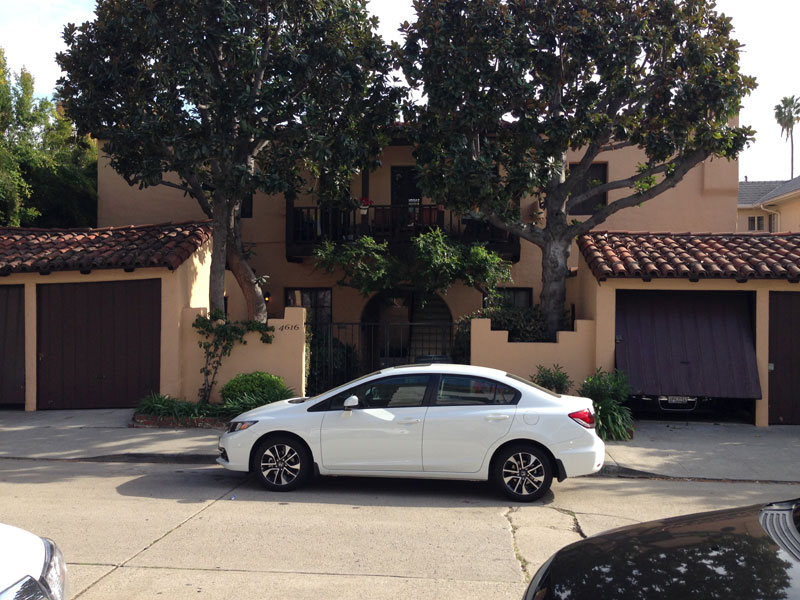 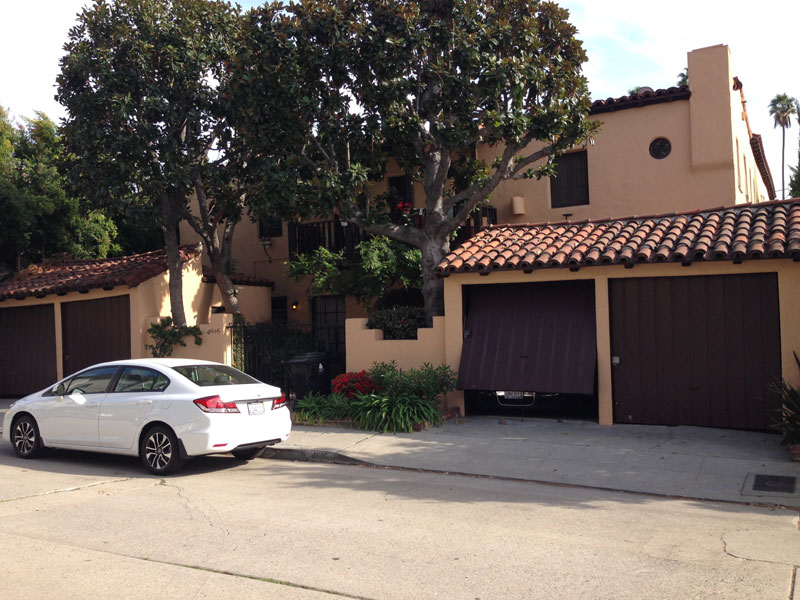