Tonight was the closing of the PaleyFest and what better way to wrap it up than with what I consider to be the most inventive, original, disturbing, weird, and wonderful shows on the air: American Horror Story: Coven.

I was giddy about this show all season – it was, without a doubt, the best written and best acted show on the air, with a cast that was insane… Jessica Lange, Kathy Bates, Angela Bassett, Patti Lupone, Frances Conroy, Gabourey Sidebe… just amazing all the way around. 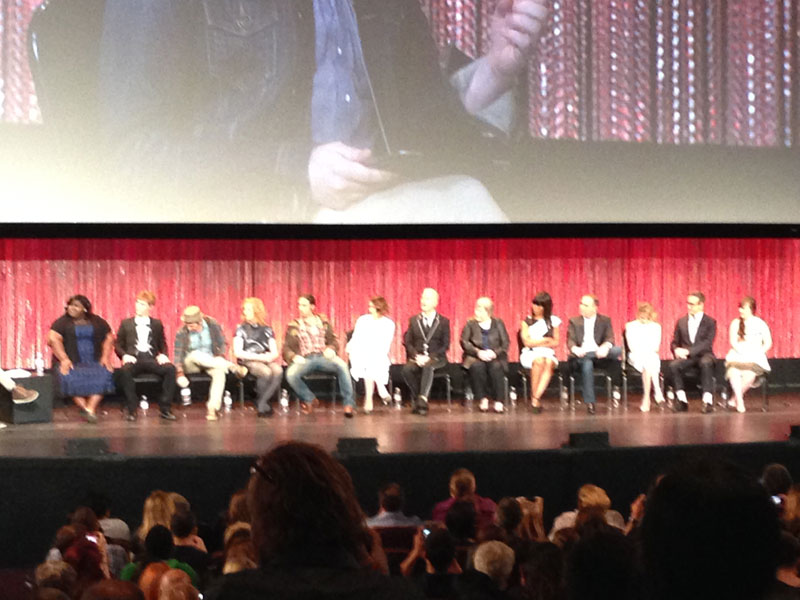 One of the best moments was during the introductions when Angela Bassett came out carry a tray that had Kathy Bates’ head on it.  If you’ve seen the show you’ll know why that’s funny. 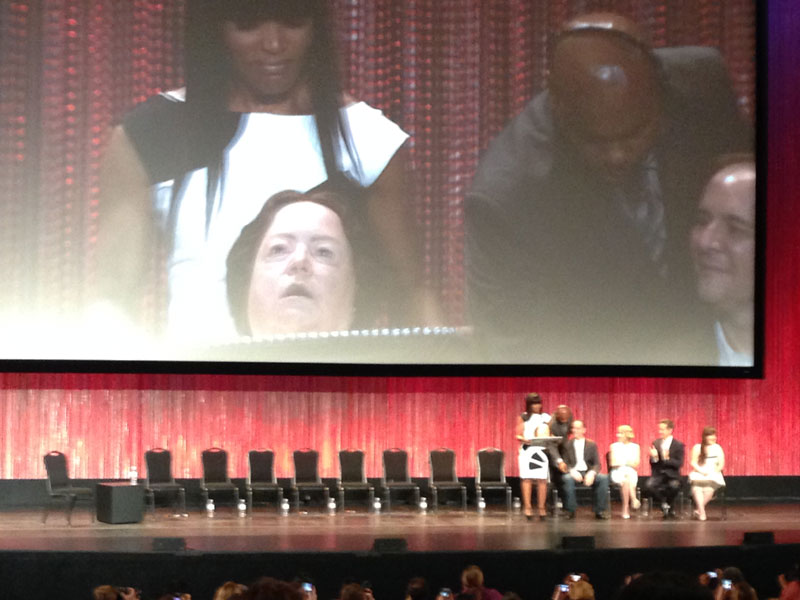 It was a fun panel, although a little too big for the time allotted. Some people didn’t really get a chance to talk very much and those that did only got a couple of chances.  Still, hearing Gabourey Sidebe tell the story about the bar fight that her and Sarah Paulson got in or the sitcom that she and Kathy Bates want to do (Queenie and the Head) and pretty much just listening to Angela Bassett and/or Frances Conroy or Kathy Bates say anything was beyond cool.

Then they previewed next season, to be called Freakshow.  Everyone on stage is in it and they unveiled a new actor joining the show – Michael Chiklis.  He will be playing Evan Peters’ father and Kathy Bates’ ex-husband.  Hmmmm….

As always they took questions from the audience and as always I didn’t ask anything but later I thought of what I would’ve asked had someone handed me a microphone: the show has so many quotable lines – “We need a new rug”  “Surprise, bitch” – but I would like to know which ones were the actors favorites.

Mine: “I’m just mad about tartan!”  and “I have lived a disreputable life but I have lived it in style – I shall die likewise.”