I had planned on driving over to Dubuque, Iowa today to see a friend from high school (hey Patty!) but wound up not for several reasons.

First, they were forecasting some bad weather for this afternoon and I just pictured myself huddled in a ditch somewhere next to a cornfield along the seven  hour round trip drive that is Chicago to Dubuque while a twister was heading my way.  For those that don’t know me well, that is EXACTLY the kind of luck I have.

So my official apologies to Ms. Poggemiller.  I will see you at the *cough*choke* 30 year high school reunion in August.  Sigh.

Today I decided to take it fairly easy and so I went back to lunch at the Purple Pig again (which is more or less right next door to the hotel), hoping against hope I could snag another single seat and I lucked into one amazingly.  That I was able to do this two days in a row at lunch time on a holiday weekend is a bit of a miracle. There were people that were waiting for upwards of two hours to get in.

I started with Prosciutto di San Daniele, which is, quite simply, amazing.  It comes from the thighs of pigs raised in the north central region of Italy, is never frozen, and is cured in a very specific way that makes it a little bit sweet.  The flavor is insane.  Add in the beautifully garlicky crustinis and it’s just perfect on a plate.

And that’s before I had the milk-braised pork shoulder with mashed potatoes.  Now, as you will see from the picture below, what is interesting is that they serve this cut of meat with a spoon.  It is that tender, that juicy, and that stupid good.  I want to go back there and eat every single thing on the menu.

As I was waiting for my food, a couple sat at the bar next to me and were going over the menu with the waiter.  The woman, when advised of several of the menu items, said in a very firm manner “No, no, no… no pork!”  And I thought, “Then what the hell are you doing at a place called The Purple Pig, whose slogan – writ large in iron over the front gate – is ‘Cheese, Swine, and Wine?!'”  Okay, yes, they have other things including a roast turkey leg that is roughly the size of a small Toyota, but it should not be surprising that a place with “pig” in the name should have a lot of it on the menu.

Then my food came.  She took one look at that pork shoulder and order that.  And the bone marrow, which I took a shot of below.  I’m not a fan of the marrow, but the presentation of this is great – huge, with big chunks of garlic bread and salt.

After lunch I proved that I am not 25 anymore by sitting in a rocking chair along the banks of the Chicago River.  Totally serious.  The second Chicago picture below is taken from that vantage point.

Then I took a Chicago River boat tour with the Chicago Architecture Foundation.  Our guide was a little too heavy on the esoteric architect/builder names and light on, what I consider to be the more interesting, historical context that illuminates architecture.  Yes, I see that is an neo-classical building and I don’t care, quite frankly, who built it (unless there’s a good story there) but tell me why neo-classical architecture was all the rage in the late 1920s and how it changed in the next decade after the Great Depression into the less ornate (and grandiose) Art Deco styles of the 30s and 40s in response to more austere times.

Still, it was cool to see the city from that vantage point and something I have never done before so Diferentlies accomplished.  Pictures below. 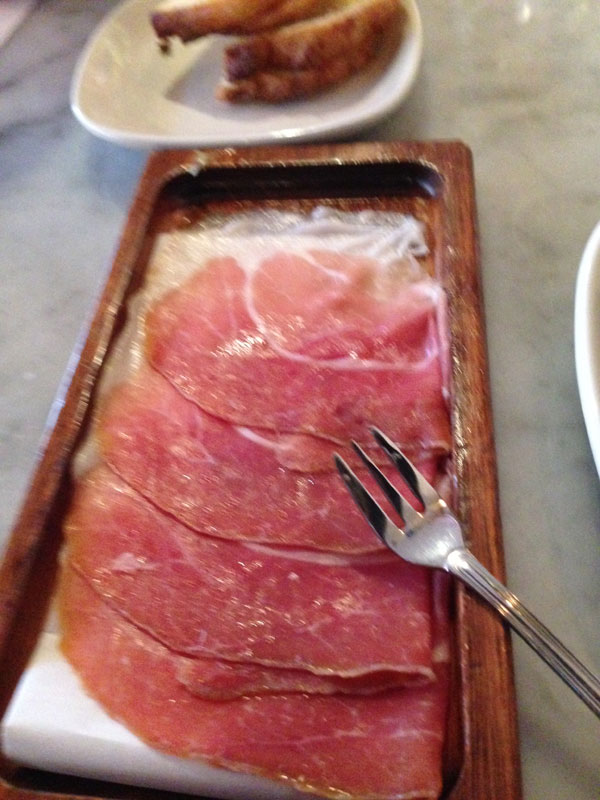 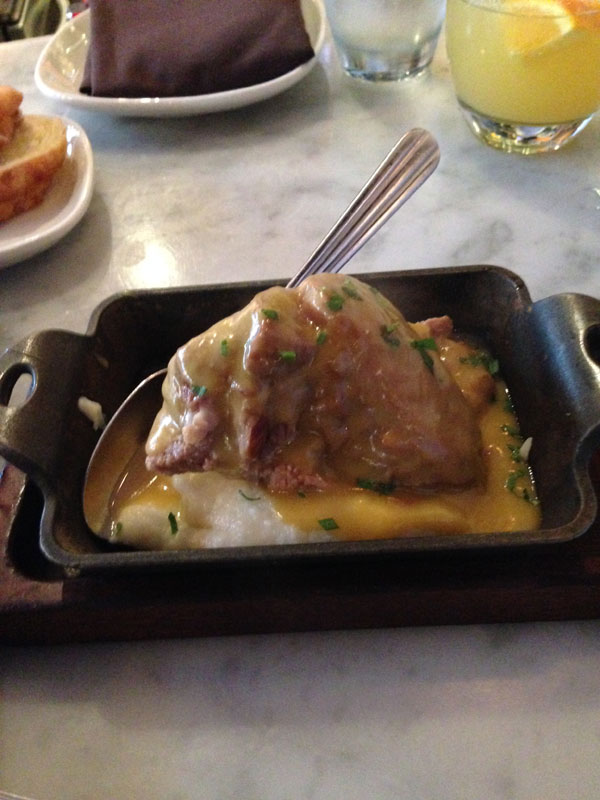 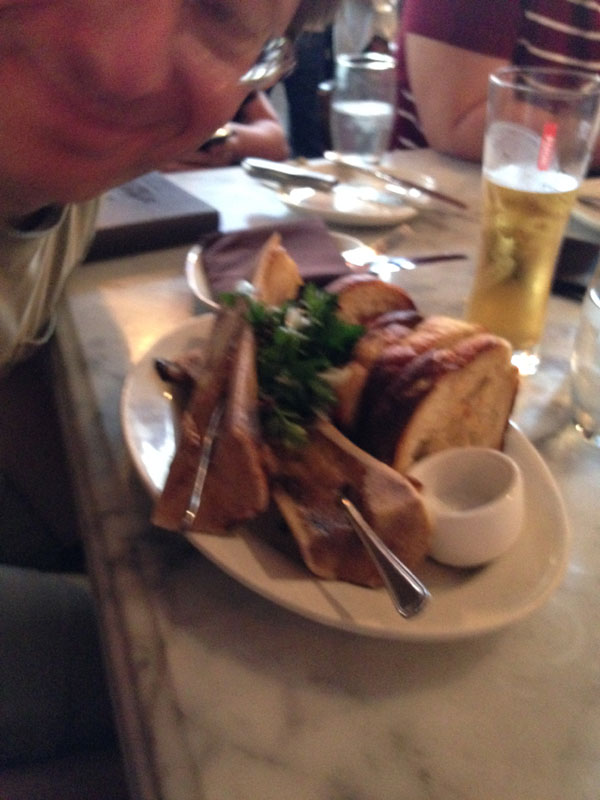 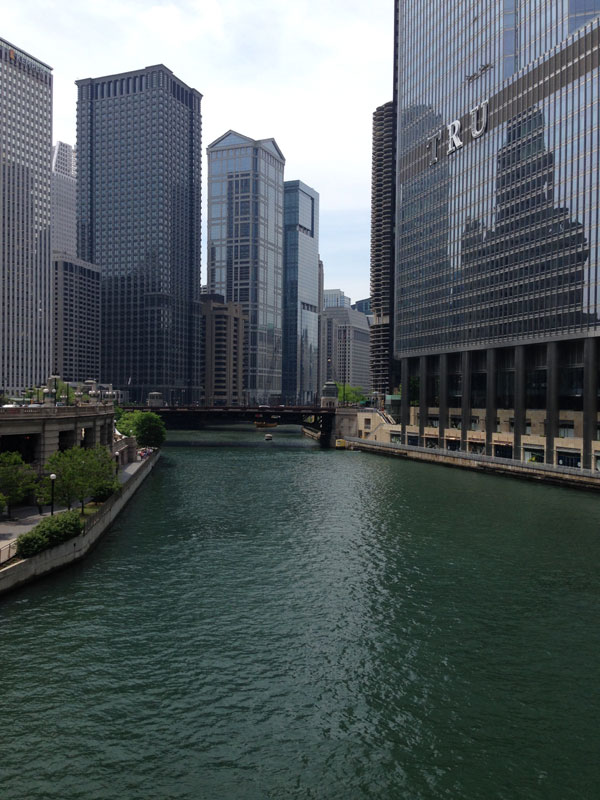 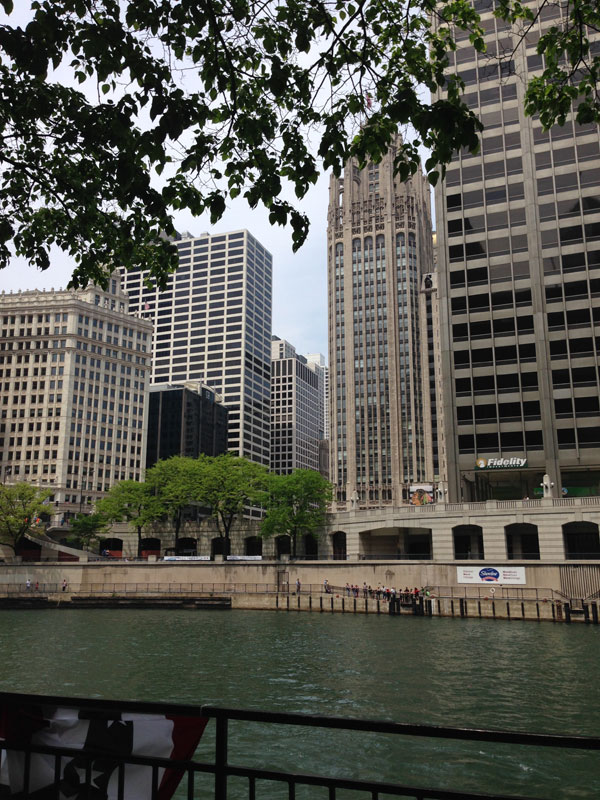 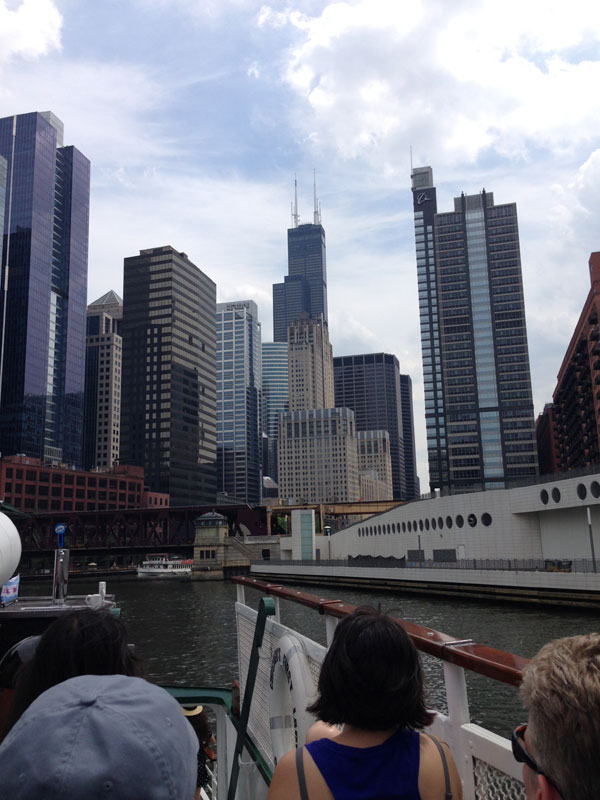 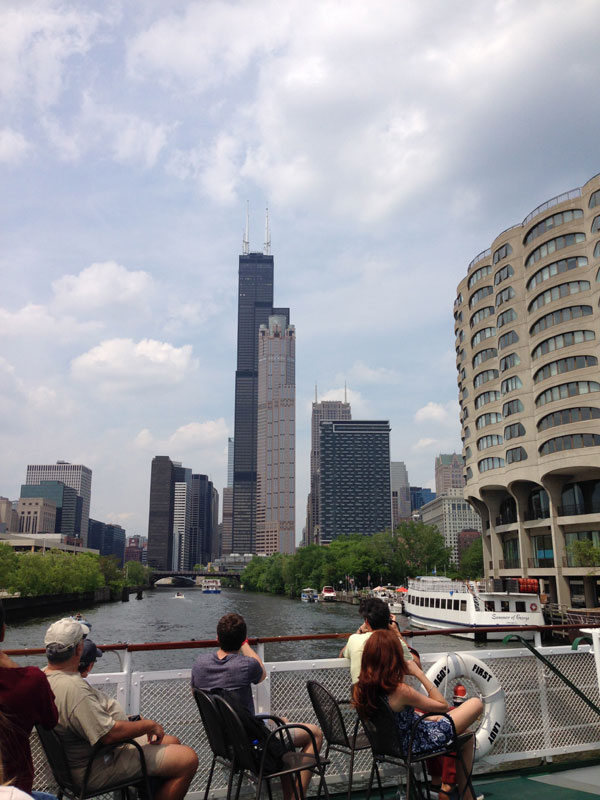