A Serious Error in Judgment

Throughout my life I have always tried to balance the two sides of my intellectual nature, which can best be summed as follows:

Side 1: Knowledge equals power
Side 2: The dumber you are, the happier you are

This usually manifests itself in a voracious consumption of information until I start to get overwhelmed and then I walk away, tiptoeing along that fine line between the two sides.

Thus far in the cancer saga, I’ve been walking more of a drunkard’s path, zigging into knowledge to the point of near hysteria and then zagging back out into oblivious denial that any of this is really going to be happening. The latter is usually achieved by watching multiple episodes of old sitcoms back to back.  I recently finished watching all seven seasons of “The Golden Girls.”

“You can lead a herring to water but you have to walk really fast or he’ll die.”

The aforementioned zigging, oddly enough, has not been coming from the actual sources like my doctors.  With them I have been taking the basic bits of information they have been giving me but avoiding going into too much detail with them.  I was worried that if I let them get too specific about what they were going to do to me I would run away screaming, never to be found again.

Or at least it has been until last night.

Last night was a bad night.  I woke up at 3am and immediately started thinking about all of it – the cancer, the surgery, the recovery.  It was this horrible non-stop litany of terrifying possibilities in my head over and over and over.  I finally gave up thinking I could go back to sleep around 4:15 and got up, answered some e-mails, wrote a post about what I do at four in the morning, and then went to work.

I began wondering if my strategy of not getting the full details from the guys who were going to cut me open was an error in judgment.  Could my trusty Internet have been the equivalent of duct tape on a busted pipe? Were the dumber-you-are gaps in my knowledge-is-power what was causing my full-blown, unable to sleep anxiety attacks?

So I did the dumbest thing I have done thus far in this entire tale of cancer woe: I called Dr. James Earl Jones (one of the two surgeons who will be performing the operation) and I told him to give it to me straight, no chaser, leave nothing out, all the gory details.

This was dumb.  This was really dumb.  This was an epic of dumbness.  It was the Olympics of Dumb and I won every single gold medal and, oddly, a few silvers in the same races in which I had won the gold.

If you are at all squeamish, skip ahead to the place where it says “SQUEAMISH SAFETY ZONE.”

He started with, “Before the surgery a large bore needle will go in your wrist and another in a vein in your neck.”  I should’ve have flung the phone across the room and salted the ground on which I was standing at that point, but I didn’t.  I thought, “This is BEFORE the surgery?!” but what I said was, “Uh-huh…”

The anesthesiologist will talk to me and ask me if, in addition to the regular anesthesia, I want to have an epidural block, which will continue after the surgery is over into the first few days of recovery.  Dr. James Earl Jones said with the utmost of sincerity and urgency, “Tell him yes.”

(Jejunostomy for those too lazy to look it up and no, it has no relation to the word jejune unfortunately because having a tube stuck into one’s abdomen is the complete opposite of dull)

The next tube is the catheter into my bladder (men everywhere just winced) and the last tube (for now) is the one down my trachea, which will be hooked up to a ventilator.

Dr. Frenchy will cut several small holes in my abdomen and insert laparoscopic tubes, through which he will use cameras to look around to make sure there is no other evidence of cancer.  If he is unable to be satisfied that he is getting a clear enough look with the laparoscopic tools, he will pull those out and simply cut me open across the stomach and do an open laparotomy.  If there is even a speck of something that looks even vaguely cancerous anywhere else, they will close me up and send me off to recovery – it just isn’t worth putting me through the hell of the surgery when it won’t do any good in the long run.

Once satisfied, Dr. Frenchy will take the first steps via the laparoscopic tools (presuming he is still using them) to immobilize my stomach and widen the hole in my diaphragm.

Then Dr. James Earl Jones steps in and makes a large incision on the right side of my chest and uses a rib spreader to gain access.  He will pull my stomach up through the hole in my diaphragm into my chest, clamp off the esophagus and stomach around the tumor, and then cut out the tumor plus several centimeters on either side to ensure there are good margins.  The lymph nodes around the esophagus and stomach will also be removed at this point.

Then he will hook everything back up again by sewing what’s left of the stomach and what’s left of the esophagus back together and put them, more or less back into their proper places (minus the 5 or 6 centimeters they have removed).  Then all of the various incisions they have made are sewn or stapled or glued.

At that point, yet another tube is installed.  This is the NG-tube (nasal-gastric) that goes through the nose into the stomach and will be used to suck out any fluid build-up.

When I wake up in intensive care, all of the aforementioned tubes will still be in place including the breathing tube hooking me up to a ventilator.  And yes, I find that almost as utterly and completely terrifying on it’s own as the rest of it combined.

They will try to get me off the ventilator by the end of the day but all of the other tubes will remain in place for 2-3 days while I am in intensive care, including the catheter and NG-tube down the back of my throat.

The day after my surgery the big excitement will be when they try to get me into a sitting position on the side of the bed.

Once the chest tubes, NG-tube, and catheter can be removed (hopefully by day 3), I will be moved out of intensive care into a regular room.  Note however that the feeding tube stays in.  Also on day 3, they will attempt to get me to take a few steps and I will be given a “few sips of water.”  Note that this will be the first thing I have consumed in 4 days and it will have been 6 days since I had any food.

Somewhere around here is when I face the biggest challenge – the swallow test.  I will swallow some barium liquid and be put into a CAT scan machine to see if there are any leaks where they hooked up the stomach and the esophagus.  If not, we’re having a party.  If so, I am rushed back into the operating room and they do it all over again.  Seriously.  They’ll take more stomach, more esophagus, and try to hook it back up again.  Rinse, lather, repeat.

Also somewhere around here is where I will most likely get the results of the biopsies they have run on the stomach and lymph nodes they removed.  If there is no cancer, party.  If so… well, then all of this has been for naught.

Presuming we get to party, then day 5 I will get clear liquids and day 6 I will get my first “food,” which will consist of something like pureed meat.  Mmmmm, taste the goodness.  If that goes well, I get to have the feeding tube removed.

We gradually work our way up to soft foods and I will be able to swallow pills by day 6 or 7 and then I can be released.

This is all best-case scenario, believe it or not.  Seven days is the minimum I will probably be in the hospital but could be in there for 10 days if there are any complications along the way.

Oh, right, complications… forgot about those.  I had stopped taking notes by the time he got to that part so I can’t recite them all but let’s just say that this is described as one of the most traumatic surgeries that can be done on a person that doesn’t involve fixing some sort of injury and so there are about a dozen different points in the procedure and recovery where it could all go to shit and I wind up dead. 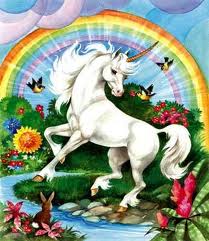 … and then unicorns come in and heal me with rainbows and cotton candy kisses.

So what is my state of mind after all of this information download?  Did it make me feel better to really know what I’m in for?  Fuck, no.  Before, I was freaking out.  Now, I am now in full-blown, screaming-meemie, hysterical panic.  I am fairly convinced that I will not sleep again between now and the surgery.

The one – and I do mean ONE – tiny bit of information that I got that gave me just a moment’s worth of comfort is when I asked Dr. James Earl Jones why he doing the operation with the big cuts instead of the complete laparoscopic approach.  He said, “Because I am going for a total cure here and I need to see what I’m doing.”

What was I thinking?  I blame it on the lack of sleep.  Oh well… I just started watching “Soap” on DVD so I have 4 seasons worth of TV to keep me company while I am wide awake at four in the morning.

I’m officially not having fun.