About My Upcoming Spa Day

So yeah, I guess I’m having the surgery.  The primary reason I know that is because I have stopped eating per the instructions that were given to me.  It wasn’t really a conscious choice, it just sort of happened.  Of course giving away all of the food in my refrigerator kind of left me with no choice, conscious or otherwise, but perhaps I am just picking nits at that point.

Speaking of food… I have created a playlist on iTunes.  It includes “Breaking Up is Hard to Do” by Neil Sedaka, “I Will Remember You” by Sara MacLachlan, “I Have Nothing” by Whitney Houston, and “And I Am Telling You I’m Not Going” from Dreamgirls (the Jennifer Hudson version).  I am playing it as I stand in front of the empty refrigerator while weeping silently.  All of the good times I had with food play in my mind like a movie montage, all soft-focus and slow motion.  It ends with me walking into the sunset hand-in-hand with a double cheeseburger and a side of fries.

I don’t want to have the surgery.  It continues to feel like way too much to me, especially since I have this little tiny tumor that hasn’t actually caused too much damage yet.  It feels like trying to put out a small kitchen fire with one of those Super Scooper water dropping airplanes.  But I understand that it’s my only shot and so there it is.  I’ve said it before, I’ll say it again: fuck.

What is involved in the next couple of days?  Well, sit back and relax for the story of what are considered to be the two most terrifying words in the English language: Bowel Prep.

I am on a clear liquid diet as of 4pm today (it’s been 3 hours and I’m hungry and cranky already).  That’s pretty much it for today but then tomorrow I have to get up early and go to the hospital to fill out more paperwork than I have filled out to date, sign all sorts of forms that basically say that it’s okay if they kill me, have them draw blood so they can “type and cross” (it’s so ER/Grey’s Anatomy/Scrubs/Chicago Hope), and then listen to them prattle on about how much money I will be owing them.

The latter has been going on for a couple of days via phone calls and e-mails.  They want me to pay what is expected to be my portion after insurance is done.  I not only don’t have that kind of money, but wouldn’t give it to them if I did.  Send me a freaking bill.  There’s something really annoying about having to do the co-pay or “estimated patient responsibility” up front before you ever see a doctor or have a scalpel slice into you.  It’s like having to give the hooker the money ahead of time even though you don’t know if he’s any good yet.

At least that’s what I think it would be like based on things that other people have told me about hookers.

Anyway, when I get back home then the fun really starts.  10am is when I have to have to drink a 10 ounce bottle of magnesium citrate and an 8 ounce glass of water.  This will… hmmm… how do I put this?   How about… It will begin the cleansing process.  Sort of like a loofa and a nice tangerine facial scrub only with my intestines. 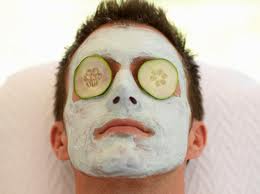 At 1pm, 3pm, and 8pm I have to take 30 milliliters of a compounded, liquid combination of erythromycin and neomycin, which are two very strong antibiotics that will try to kill any microbes that are anywhere in my digestive tract since they will be hacking it apart and don’t want to have to deal with things that can cause infections.  We’ll consider this the antiseptic wash of our facial analogy.

Sometime during the evening I have to do something I have never done before in my entire life – give myself an enema.  Wait… to be clear, no one else has ever given me an enema before either.  Never had one, never wanted one, don’t want one.  But, again because of the hacking of things, everything needs to be clean as a whistle down there.

Continuing our facial analogy, this would be the part where they get an industrial power washer that they use on sidewalks and buildings, and point it at your face.  What?  They don’t do that?   Well, then I’m out on the analogy because I’m not quite sure what else could compare.

Now, about Friday and beyond… the surgery is happening at Providence St. Joseph’s hospital in Burbank.  It is now scheduled to begin at 8:30am and should take 3-4 hours.  Once it is over, my friend Mark will go home and update both this blog and my Facebook page just to let you know that it all went okay (or didn’t as the case may be).

I’ll be in the ICU for a few days and won’t be allowed visitors but by Monday I should be in a regular room.  The big question is whether I want visitors or not.

So, with that I will let you decide whether or not you want to come visit me in the hospital, with the caveat that I probably won’t be the best of company.  I mean, let’s face it… I act like a big baby when I get a cold so can you imagine how I’m going to be with all of this?

I’ll have one more post tomorrow night with what we’ll call some parting thoughts and then it’ll be off to get cured.  Start crossing those fingers now, please.