I’ve been thinking a lot about Mary these last few weeks.  Most of you know who Mary was but for the record she was my best friend for more than 20 years and she died of breast cancer in 2010.  There is a lot more to her and us than just that but for the purposes of this discussion it will do.

To be honest, Mary is never far from my mind.  I think of her every single day and I still miss her in ways that are impossible to look at too closely because that, my friends, is one dark and scary rabbit hole.  But recently she has been even more present as I stumble along this weird, cancerous path.

By “present” I don’t mean some sort of spiritual manifestation.  My own personal belief system doesn’t involve the concept that after Mary died she had nothing better to do than to hang around watching me sitting on my fat ass watching television.  I believe once you’re gone, you’re gone.  Heaven, hell, and the afterlife?  <Shrug>  You can’t prove to me that they exist but I can’t prove to you that they don’t so let’s just call it a tie and move on with our lives, okay?

What I do believe in are echoes.  I don’t want to get too metaphysical here, but I think people leave behind traces of themselves as they move through their lives.  Just like the echo of a “Hello!” into the Grand Canyon will reverberate back to you long after the word was shouted, I think that the echoes of people and the lives they led are around us all the time.  And I think that sometimes, for whatever reason, those echoes are easier to hear.

You may think all of this has to do with cancer.  Mary had cancer – died from it, despite her and a virtual boatload of doctors’ best efforts.  I have cancer.  Not a hard leap.

But that’s not what it is.  Well, not entirely.

I had a conversation with Mary many years ago about my situation today.  Of course then it was hypothetical.  Because of the Barrett’s Esophagus, I knew I was more prone to esophageal cancer and so it followed that someday I may find myself in the position of having to get an esophagectomy.  Even then I knew it was a particularly gruesome and dangerous surgery.

“If it comes down to that,” I remember saying, “I wouldn’t have the surgery.”

It went on like that for a while until she asked, “What’s the alternative?”

“Sitting on a beach and enjoying tropical cocktails,” was my reply.

I had several reasons for my rationale:

It’s that conversation that has been echoing around me.  At first it gave me strength.  Those were some good arguments she had.

But lately I’ve begun to wonder… if we could have that conversation today – if she were more than just an echo – how would it go?

Because here’s the deal: I still feel the same way I did when it was just a hypothetical.  I don’t want to have this surgery and to be honest I haven’t decided that I’m going to.

I’m not afraid of death.  Sure, that may change when I’m closer to facing it, but right now it doesn’t scare me.  Pain scares me.  I’m afraid of being incapacitated.  The idea that I’ll never be able to eat normally again and will have to always make sure I’m near a bathroom because my insides have a tendency to randomly flush anything that gets put into them is terrifying.  And the notion that I’d go through all of that and still wind up dying from cancer pisses me off.

Which leads me to wonder what Mary’s side of the conversation would be like.  Would she still defend the idea of doing whatever it takes to stay alive?  Would she think that everything she went through over those 12 years of what she called her “tribulations” with cancer was worth it just to have it end the way it did?

I think she’d probably say a lot of it was.  All of it?  I don’t know.   Those of you who knew her might have an opinion on this but let’s be honest: the best we can really do is “I don’t know.”

There is one part of the conversation that would have to be different today.  Back then we talked about who would take care of me during the long recovery period after the surgery.  There was no question – it would be her.

Put down the phone and delete the e-mail – I know that I have lots of family and friends out there who are willing to help after the surgery and I deeply appreciate it.

But it was supposed to be Mary.

I’m not sure what the point of all of this is.  There probably isn’t one other than my bizarre habit of finding therapeutic value in writing about my emotions rather than experiencing them.  Writing about how terrified I am makes me a little less terrified.  And reading what I’ve written about being terrified makes me less terrified still, as if the second, third, or fifth time the words come back to me they are a little softer, a little less sharp, a little further away. 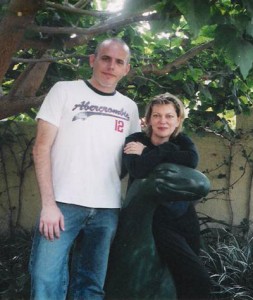 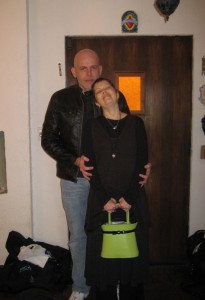