It’s possible that I’m going home today, finally, after 13 very long days in the hospital.  If not today, then tomorrow for sure.

I’m a lot more mentally with it than I have been, even when I wrote the post on the 26th; that three-paragraph epic took me nearly an hour and as I read it back now doesn’t make as much sense as I would’ve hoped it would’ve have.  God bless morphine.

I’m off the morphine – off almost all of the painkillers now although I have been requesting some at night to try to aide in capturing some very elusive sleep.  A shot of liquid Lortab (liquid Vicodin) and the relaxant Atavan at least help get my body and mind ready for sleep but can’t do much about the hospital environment, which seems to relish waking you up with annoying frequency.  That’s probably not so bad after one or two days but after 13 I’m ready to fall on my face just from sheer exhaustion.

I want to try to write as much of the experience down now as I can. It’s already fading, which is blessed in many, many ways that you will see as you read it.  I’ll warn you here as I did in an earlier post, this stuff is not for the squeamish.

As I sat in the back of the little Prius taxi on the morning of Friday, August 17, the slightly open windows and high freeway speed had caused a kind of buffeting effect in the back seat that I found strangely comforting.  It was like being pummeled by soft little pillows as I watched the sun come up over Los Angeles.

I arrived at the hospital on Friday, August 17 at 6:15am, about 15 minutes earlier than the requested 6:30.  I was directed to one surgery check-in facility and then walked me to a different one, where I was told they wouldn’t be getting to me until 7:15 at the earliest.  Fine – I sat in what was my last little bland waiting room before my surgery and tried to relax.

I lay there, my head back, eyes, closed, but sensed someone walk up to me and stand nearby.  I opened my eyes to see a short, sparkly eyed little man wearing a pair of khaki shorts, a blue sweatshirt, and a white baseball cap.

“What time they tell you to be here, my boy?” he asked in what I at first thought was a thick, Irish brogue.  I’m totally not kidding.  We exchanged a few surgery scheduling war stories and he over-shared that his son was there getting dental implants.  I didn’t explain why I was there.

“Good luck to you,” he said as our conversation wound down and he returned to another part of the waiting room to rejoin his wife.

“I just had a visit from my very own leprechaun,” I thought, and smiled.  Of course as I continued to listen to the man and his wife I realized they were working class Glasgow Scottish instead of Dublin Irish but I chose to believe it was more or less the same thing and viewed it as a good omen.

The anesthesiologist worked on setting up the epidural – to all of you women who have had them before, I apologize.  I had no idea what it was or that it was so unpleasant to get.  Granted, in the long run it’s better than enduring the pain of whatever you are about to endure pain from, but still not fun. For me, they basically had me sit, naked but barely covered, on the edge of the operating table, sort of collapse myself inward while someone held on to me, and the anesthesiologist numbed up my back and then made a little hole in the middle of my back. Then she installed an electrode into the little hole and that was that.

She laid me back down and said, “Okay, now we’re going to give you something to relax you.”  I agreed that sounded like a very good idea and then… nothing.  I don’t have any more memories until Saturday.

Those Saturday memories are not good ones and to be honest I’m just not ready to write about them today.  Maybe tomorrow after I’ve gotten home to the safety of my own bed where nightmares about bone-crushing machinery, charcoal burned demons, and being tied down to tables while being tortured are a little less hard to deal with.

That was too dark to end a post with.  How about this instead: 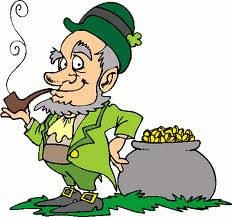